As many as 1,000 soldiers are under investigation over 302 killings that took place over a 35-year period since 1969. 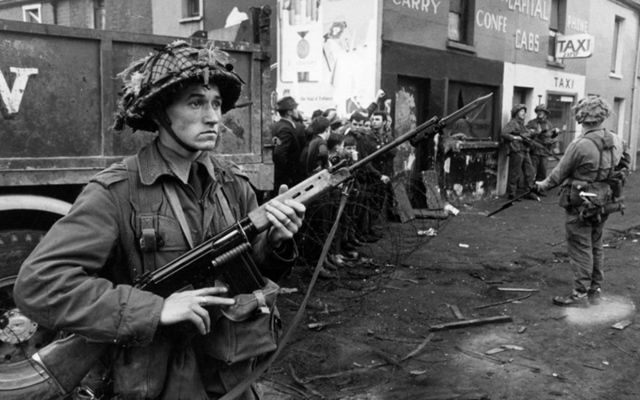 The Irish government is concerned that Britain is pressing ahead with plans to protect British soldiers from prosecution for killings that took place during The Troubles in Northern Ireland.

Unionist and Conservative politicians in Westminster, as well as certain sections of the British media, have been running a campaign to secure an amnesty for former British soldiers amid claims that veterans who served in Northern Ireland were being victimized in a “witch hunt.”

British Army veterans and their supporters claimed at rallies over Easter in London, Belfast, and Glasgow that there is a “legal witch-hunt” against former soldiers who served during The Troubles in Northern Ireland.

The investigation of former soldiers has caused outcry among veterans, who contrast their treatment with the British government’s decision to free IRA prisoners and reassure on-the-run republicans they will not be pursued.

It emerged late last year that as many as 1,000 soldiers are under investigation over 302 killings that took place over a 35-year period since 1969.

MP Julian Lewis, chair of the Westminster Commons Defense committee, said at the London rally that his committee was investigating the issue, but his early thoughts were a statute of limitations should be passed preventing former soldiers from prosecution over killings during The Troubles.  He said the statute should apply to all sides in the conflict.

Separately, talks to renew power-sharing at Stormont have been given a further deadline following failure by the parties to reach agreement by Easter.

Brokenshire set a new date for early May, but that’s expected to be even further extended following British Prime Minister Theresa May’s call on Tuesday for a snap general election on June 8.