Tourism workers and smokers will help the homeless, school-goers and the health service after the Irish budget announced on Tuesday by Finance Minister Paschal Donohoe. 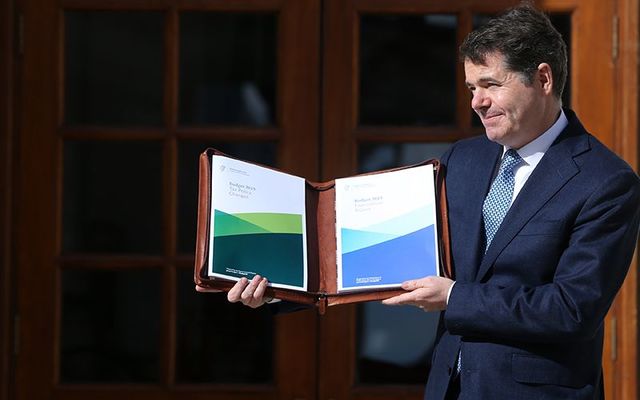 Tourism workers and smokers will help the homeless, school-goers and the health service after the Irish budget announced on Tuesday by Finance Minister Paschal Donohoe.

The Value Added Tax (VAT) of nine percent, in place since 2011, will be increased in the hospitality sector to 13.5 percent to bring in an extra €466 million extra.

The nine percent VAT will be retained for newspapers and sporting facilities, and VAT for electronic publications will be reduced from 23 percent to nine percent.  Betting tax will double to two percent, generating an additional €40 million in 2019.

Cigarettes will increase 50 cents to an average €12.70 for a pack of 20 popular brands, but there will be no increase in excise on alcohol.

There will be an additional €300 million for affordable housing over three years, and €60 million in capital spending will be specifically targeted at tackling homelessness.  “No one has to sleep rough this winter,” Donohoe promised.

Read more: Brexit may break up Northern Ireland's union with the UK

The budget is also dominated by significant spending increases in health.

The overall health budget is set to be €17.2 billion, an increase by 6.6 percent. Of that amount, there will be a €187 million for services for people with disabilities and older people, including 50 cents reduction in prescription charges for the over 70s.

Up to 100,000 more people will be eligible for free care with their family doctor.

There will be an increase of €5 per week on social welfare payments, and the back to school allowance will increase by €25.

It’s the third, and final, budget under the confidence-and-supply agreement between the government and opposition Fianna Fail, and pundits have already labeled Donohoe’s announcements as a giveaway election budget.

The Irish government also announced special measures for Brexit, with €110 million going across a range of government departments to protect against its effects on Ireland.

Donohoe acknowledged that the prospect of a no-deal Brexit had played a significant part in the planning of government expenditure for next year.

He said that the government had been thoroughly planning its strategy for the U.K.’s exit from the EU, including protecting “hard-won peace” in Northern Ireland.

The allocated money will see an increase in funding for the peace program, which funds community groups on both sides of the Irish border.

One of the main charities for the homeless, the Peter McVerry Trust, welcomed the budget. The charity said it believed that the measures outlined would ease the huge pressures on the housing system. The charity welcomed the minister’s prioritization of the needs of vulnerable people.

The Irish Tourism Industry Confederation said the budget’s VAT increase of 50 percent was “a damaging blow to the industry.”

Donal Buggy, head of services and advocacy at the Irish Cancer Society, welcomed the increase on cigarettes – the fourth in 36 months – as encouragement to people to stop smoking with the ultimate saving of lives.

But he said price increases need to be accompanied by readily available supports for quitting smokers to achieve the aim of a tobacco-free Ireland by 2025.