The United Irish Counties Association of New York will donate the proceeds of its annual dinner dance, to be held at Antun’s on January 25, to Solace House, a non-profit organization dedicated to the prevention of suicide. 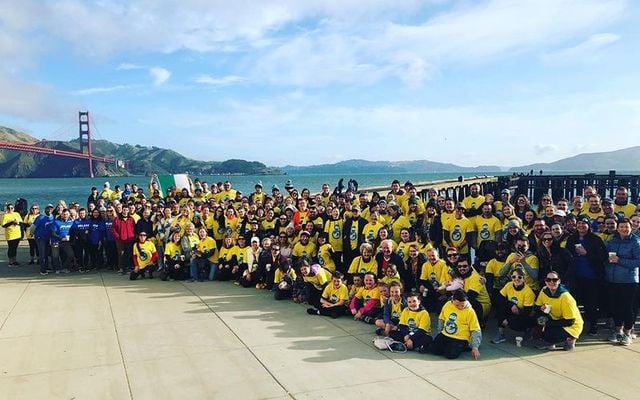 The United Irish Counties Association of New York will donate the proceeds of its annual dinner dance, to be held at Antun’s on January 25, to Solace House, a non-profit organization dedicated to the prevention of suicide.

This year’s event will honor Gael of the Year Patrick McGowan, a native of Co. Sligo and CEO of McGowan, a prominent construction firm doing work in New York, New Jersey and Florida, as well as Michael Prunty, a former UIC and Longford Association president, who will receive the Rose Cosgrove Distinguished Service Award.

The free intervention counseling service, which is an offshoot of the Irish-based Pieta House, founded by Irish Senator Joan Freeman, was launched in New York in 2015 and rebranded as Solace House.

Freeman established Pieta House in 2006 following her sister’s untimely death. Since then, it has helped more than 36,000 people in suicidal distress and/or engaged in self-harm.  It now has 13 centers located across Ireland.

In New York, Solace House is headquartered at the New York Irish Center in Queens and recently opened a satellite office in Yonkers, the home of the Kerrymen’s P&B Association’s Kerry Hall.

United Irish Counties President Tom Tuffy said the decision to partner with Solace House was welcomed by its 33 affiliate organizations and other groups closely associated with the UIC.

“The direction I would like to see the UIC taking in the future is that we could help organizations, such as Solace House, that are still growing and support them in the work that they do here in the New York Irish community,” says Tuffy.

The UIC’s selection of McGowan as this year’s Gael of the Year, he added, was not only based on his success as a business leader but his ongoing involvement in Solace House.

McGowan, who lost his brother, Vincent, to depression, currently serves as the chairman of the Solace House Board of Directors.

Solace House CEO Rebecca Skedd says that fundraising is the organization’s most pressing need, with current funds coming from private donors and various fundraisers like the UIC dance.

“It’s not only about raising funds, though,” she adds. “It’s about creating that further awareness.”

Its other fundraising events include the annual spring Solace Sunrise Walk, previously known as Darkness into Light, which starts at 4 a.m. in several locations across the U.S. Participants cross the finish line just as dawn is breaking.

Last year, Solace House volunteers arranged walks in various cities across the U.S., including two in New York City and one in the Catskills, as well as in Austin, Boston, Hoboken, San Francisco, and Toronto, among others.

What makes Solace House unique, says Skedd, is the fact that it does not require referrals and its service is completely free of charge. Fifty percent of its current clients come from the Irish community, with the remaining 50 percent from other neighborhoods across New York.

Offering a cup of tea and a listening ear, all in a non-clinical environment, is what often sets the Solace House professional team of therapists apart, says Skedd.

“The hardest thing for many of our clients is picking up the phone to make that initial call,” she adds. “It’s a very warm place. Most people feel right at home here.”

* To attend the dinner dance, email UICANY.Reservations@gmail.com or call Catherine Hogan at 646-489-5258. To place an ad in the association’s digital journal, e-mail Michael O’Reilly at uicajournal@gmail.com or call 646-634-5087.

To find out more about Solace House, visit its website at www.solacehouseinc.com or call 718-482-0001.