McLean Avenue in Yonkers remains a vibrant hub of Irish activity which will be on full display this Saturday. 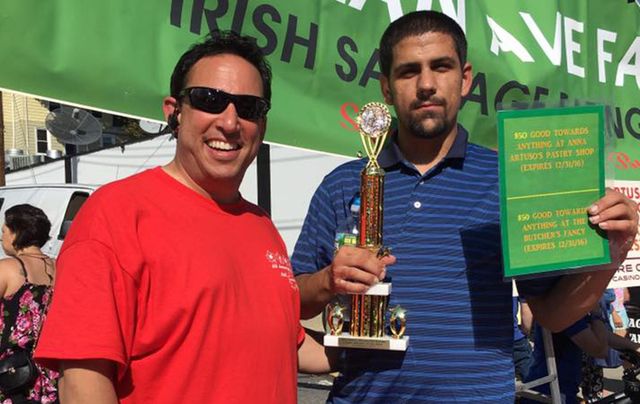 There's no denying the Irish immigrant community has dwindled in numbers in the past decade as the options for legal immigration remain slim, but McLean Avenue in Yonkers remains a vibrant hub of Irish activity which will be on full display this Saturday, September 23, at the seventh annual McLean Fall Festival.

Visitors to McLean, which sits just north of the Irish enclave of Woodlawn in the Bronx, could be forgiven for thinking that they’ve stepped into an Irish town, given the number of Irish businesses and community centers that populate the street.  McLean is one of the few remaining Irish locales in New York, and those looking for Irish-style camaraderie and fun will find it in abundance at the festival, which starts at 11 a.m. and stretches between Woodlawn Avenue and McCollum Place.

More than 120 vendors will participate in the festival, many of them selling Irish foods, clothing and gifts. The Irish bars and restaurants on the avenue will host bands outside and provide a full array of food/beverage choices; the festival will also feature a main stage that will host fashion shows at 2 p.m. and 4 p.m. as part of Westchester Fashion Week.

The Irish will be out in force on McLean on Saturday – the weather is indicating sunny skies – but the driving force behind the fest is actually an Italian American who is beloved on McLean as the owner of the 51-year-old institution Anna Artuso’s Pastry Shop.

120 vendors will participate in the McLean Fall Festival.

RJ Puma, chairman of the McLean Avenue Merchants Association, hosted an outdoor party at Anna Artuso’s back in 2006 to celebrate his Italian grandmother’s 85th birthday, and to mark the 40th anniversary of the shop. The close-knit neighborhood – particularly the Irish – came out in droves, Puma says, so much so that he was asked to turn the party into annual McLean festival.

It took five years of convincing and work to get it done, and in 2011 the first McLean festival came together and was a huge success, drawing not only locals but people further afield, including many Irish who moved from Yonkers into places such as Pearl River in Rockland County.

“Irish people love to come to McLean,” Puma – also known as McPuma or O’Puma – tells the Irish Voice.  “And the festival provides them with a great opportunity to catch up and meet friends they haven’t seen in a while.”

Puma is well versed in all things Irish given his Yonkers background, and is also involved with supporting the annual Yonkers St. Patrick’s Day parade on McLean.  The local Irish community, he maintains, remains strong and supportive of each other, even though prospects for any kind of immigration reform are not promising.

“I have to say, this community really bands together,” Puma says.  “People look out for each other. When Rory Dolan’s hosts benefits for people in need, they are always packed. We’ve got the Aisling Irish Center and the Emerald Isle.  There are definitely a good number of Irish people still around.”

The Irish vs. Italian component will be prevalent on Saturday with two food eating competitions – one, a Irish sausage contest sponsored by the Butcher’s Fancy owned by Leitrim native Oliver Charles; the other, a mini-cannoli contest supported by Puma’s bakery.  Last year a contestant popped 20 of the rich, sugary cannolis into his mouth in less than four minutes.

Big eaters will not only stuff their stomachs, but they’ll get prizes too: the winners will take home gift certificates from Anna Artuso’s and Butcher’s Fancy, “ and of course they’ll have bragging rights on the avenue too,” Puma adds.

The festival’s press release points out that there will be “rides, games, bouncy castles, a food truck alley, beer gardens, food eating competitions, arts and crafts, and many other attractions and vendors,” for people of all ages.

Corporate sponsors are Empire City Casino, Oak Beverages Incorporated, and Rory Dolan’s, as well as the City of Yonkers and local contributors.  And Puma promises that festival-goers won’t be disappointed.

“It’s going to be bigger and better than ever.  No matter where you’re coming from, it will be worth it,” he says.