Ryanair said it expects to ground the majority of its aircraft fleet across Europe over the next five to eight days with a reduction of 80 percent or more to flights in April and May. Aer Lingus also announced drastic cutbacks 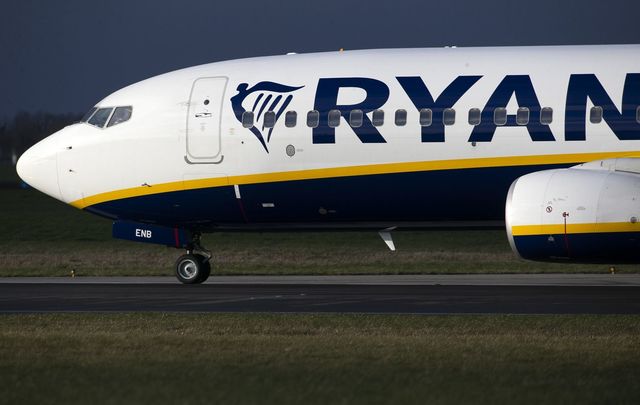 Ryanair said on Monday that even in countries where its fleet is not grounded, social distancing restrictions may make flying “to all intents and purposes, impractical, if not impossible.” RollingNews

Irish airlines Ryanair and Aer Lingus have are attempting to keep passengers informed about the flight disruptions being caused by coronavirus.

The below was published in the Irish Voice newspaper earlier on March 18:

Ryanair said it expects to ground the majority of its aircraft fleet across Europe over the next five to eight days with a reduction of 80 percent or more to flights in April and May.

Aer Lingus also announced drastic cutbacks – up to three-quarters in the next couple of months -- and the industry said it feared many airlines could be bankrupt within two months because of government restrictions to combat the coronavirus pandemic.

In addition, workers in other public transport industries warned they will no longer accept cash from passengers.

The warnings came as Aer Lingus and Ryanair teamed up to fly 20,000 Irish tourists home from Spain within days when the Foreign Affairs Department said Irish people need to be on their way home before midnight on Thursday.

Ryanair said on March 16 that even in countries where its fleet is not grounded, social distancing restrictions may make flying “to all intents and purposes, impractical, if not impossible.”

The company said that for April and May it expects to reduce its seat capacity by up to 80 percent and a full grounding of the fleet cannot be ruled out.

The statement said, “Ryanair is working with our people and our unions across all EU countries to address this extraordinary and unprecedented Covid-19 event, the impact and duration of which is, at this time, impossible to determine.”

With strong liquidity, strong cash and cash equivalents of over €4 billion as of March 12, the company focus was now on completing as much of the scheduled flying program as is permitted by national governments over the next five days. This was to repatriate customers, where possible, even as flight bans are imposed and air traffic control and essential airport services are reduced.

Chief executive Michael O’Leary said the Covid-19 outbreak had caused extraordinary and unprecedented travel restrictions to be imposed by national governments, in many cases with minimal or zero notice.

He added, “Ryanair is a resilient airline group, with a very strong balance sheet, and substantial cash liquidity, and we can, and will, with appropriate and timely action, survive through a prolonged period of reduced or even zero flight schedules, so that we are adequately prepared for the return to normality, which will come about sooner rather than later as EU governments take unprecedented action to restrict the spread of Covid-19.”

O’Leary’s assurance that Ireland-based Ryanair will survive the business crisis prompted by Covid-19 was not matched by many other companies in the industry.

Irishman Willie Walsh, head of IAG, will postpone his retirement due later this month to steer the group through the health emergency.

Announcing a 75 per cent reduction in capacity over the next two months, Walsh said there was no guarantee that many European airlines would survive.

Meanwhile, the Centre for Aviation, a respected aviation consultancy, warned that by the end of May most airlines would be bankrupt due to the unprecedented travel restrictions that are being rolled out by governments around the world.

And on ground travel in Ireland, the National Bus and Rail Union (NBRU) said its members in Irish Rail, Bus Éireann and Dublin Bus will no longer accept cash from passengers over fears arising from the spread of the coronavirus.

The union said in a statement, “We have demanded that the companies they work for provide hand sanitizers and alternatives to purchasing tickets will have to be put in place. Our members will not handle cash.”