Polls have been consistent but the issue of abortion is so emotive that an electoral upset like Brexit in Britain cannot be ruled out. 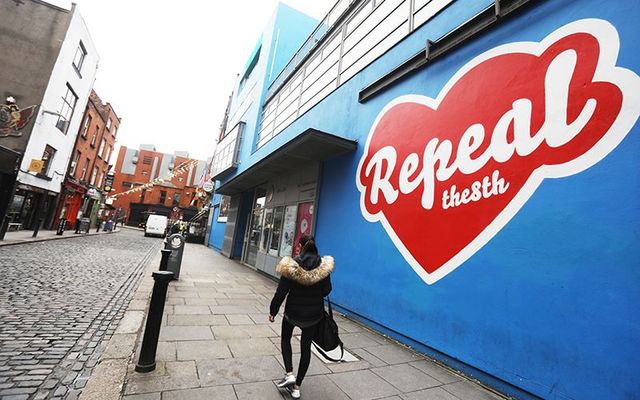 "Repeal the 8th" mural painted by Maser, on the Project Theater, in Temple Bar - It's since been painted over due to complaints. RollingNews

Polls have been consistent but the issue of abortion is so emotive that an electoral upset like Brexit in Britain cannot be ruled out.

The Eighth Amendment was the child of the Catholic Church and right wing groups in Ireland at a time when the reality of Roe vs. Wade had hit home in the U.S. and liberal abortion demands in Europe were growing.

Since then, the hot-button issue has been put before voters on four separate occasions, including the present vote set for May 25. 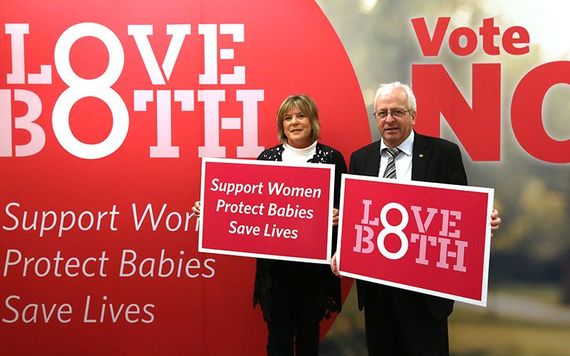 The launch of the "Love Both" / vote no campaign.

Two of those referendums were after tragic instances that occurred to pregnant women.  In the infamous “X” case, a young underage girl who had been raped was refused permission by a court to have an abortion in Britain.  That led to such an outcry that a very limited exception for abortion in the case of rape, being suicidal or incest was allowed.

The current referendum is in the wake of the Savita Halappanavar case, where a young Indian woman of the Hindu faith died of sepsis in Galway University Hospital in 2012 after doctors refused to remove the non-viable fetus from her body because it had a heartbeat.

In 2016, the government asked a citizens’ assembly to discuss the changes needed to avoid another Savita horror story, and the committee urged the Eighth Amendment favoring the life of the child be removed and a far more liberal line on abortion, in keeping with European laws, be adopted. 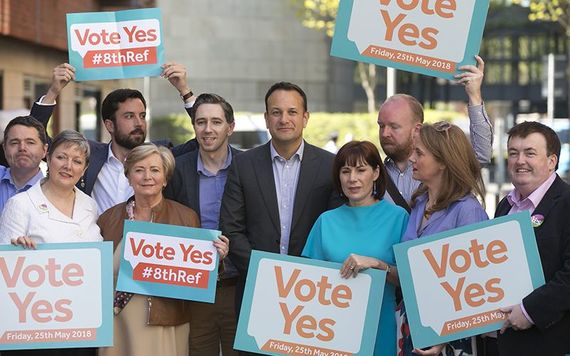 The committee voted for legislation to ensure that the law would permit abortion without restriction for the first 12 weeks of a woman’s pregnancy.

Now, the campaign whether to repeal or retain the Eighth Amendment is in full swing. On Friday, May 25, the Irish people will be asked to say yes or no.

If they vote yes, the present constitutional text will be replaced by this sentence: “Provision may be made by law for the regulation of termination of pregnancies.”

However, the referendum results must be approved by the majority in the Dail, leaving an outside possibility that the politicians could ignore the wishes of the electorate. 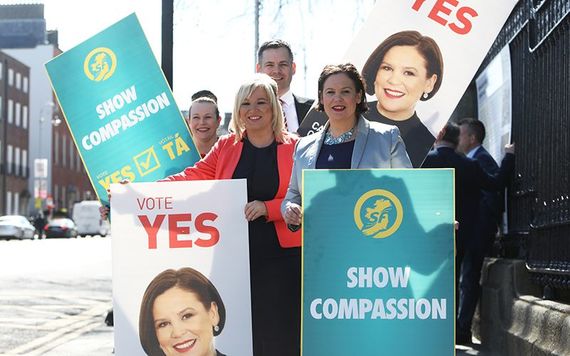 Polls have consistently shown that a large majority of voters believe the 12-week European standard is the best way forward for Ireland.

However, the issue is so emotive that an electoral upset like Brexit in Britain cannot be ruled out.

What is clear is that like in many other countries, a large segment of the people is profoundly uneasy with the abortion issue in Ireland and finds it had to decide. The grim reality for many is that the Irish solution -- go to Britain to have the abortion -- will doubtless continue if the result is a no

There is no comparison with the same-sex marriage referendum which passed amid a wave of support. The abortion referendum is a grim slog, a vote on an issue most people would likely rather avoid, yet it is once again on the front burner.