The deal to let 99,000 tons of South American beef into the EU is a challenge but it need not be the end of the Irish beef sector. 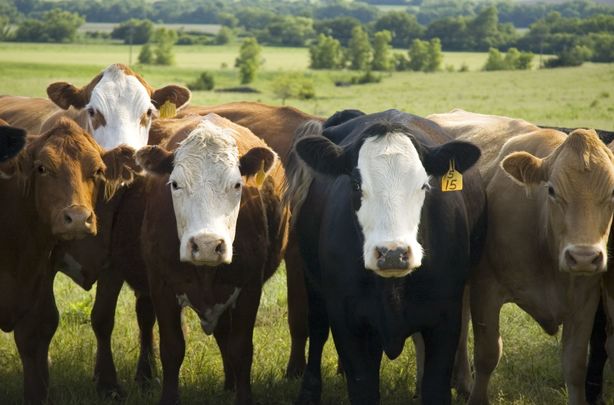 Irish farmers are claiming the deal, which will allow an extra 99,000 tons of South American beef annually into the EU, is a disaster for Irish agriculture. Getty

The deal to let 99,000 tons of South American beef into the EU is a challenge but it need not be the end of the Irish beef sector.

Despite the restrictions and taxes on South American beef coming into the EU, there are already half a dozen Brazilian/Argentinean restaurants in Dublin where you can get a delicious steak for half the price of an Irish one.

After the new trade deal announced last week between the EU and the Mercosur customs union (Brazil, Argentina, Paraguay, and Uruguay) there will probably be a lot more in the years ahead.

So it's no wonder Irish farmers are up in arms, although they are far more worried about the wider implications of this $101 billion (€90 billion) deal than a few South American style barbecue joints opening here.

Irish farmers are claiming the deal, which will allow an extra 99,000 tons of South American beef annually into the EU, is a disaster for Irish agriculture.  They say it will wipe out a large part of our beef industry and thousands of small family farms with it.  They say it's unfair competition because the scale and standards of beef production are completely different in South America, and they claim the health of EU consumers could be at risk.

They point out that since the EU is more than 100 percent self-sufficient in beef anyway, we don't need more.  And since Ireland exports 90 percent of the beef we produce here, much of it to other EU countries, we will suffer the most by far from this deal.

Read more: Irish farm life has saved me and helped me live fully for the first time

The timing of the deal, which has been 20 years in the making, is particularly bad for our farmers.   Beef prices here are already so low that farmers in the sector are struggling to make a profit.

With Brexit due in a few months there is a big question mark over the future of our beef exports to the U.K.  Now on top of that we have this Mercosur deal which will make a very bad situation even worse.

It's a perfect storm for our beef farmers, who have been quick to point out how contradictory the EU position is.  It's only a few months since the EU Commission decided to provide $56 million (€50 million) in emergency aid for Irish beef farmers. Now they have agreed to the Mercosur deal which could end up costing the Irish beef sector up to $788 million (€700 million) a year.

Equally contradictory are the implications for climate change.  Ireland, like most of Europe, has committed to reducing our greenhouse gas emissions and our farmers will have to play a big part in that.

Yet the EU has now agreed to this deal even though the Amazon rainforest (which absorbs huge amounts of global emissions) is being cleared at the rate of a football field every few minutes to create more farmland in Brazil, much of it for beef.  And then this beef has to be transported halfway around the world.  It makes no sense, farmers here say, and it will make global warming worse.

Of course farmers here (like everywhere) have a reputation for complaining about everything, but in this case, it's hard not to share their shock and anger.  There's just no comparison between the vast beef ranches in Brazil and Argentina and the family-run farms in Ireland, particularly our small farms with suckler herds.  This deal, combined with a no deal Brexit which could see hundreds of thousands of tons of cheap beef from South America being imported annually into the U.K., would probably wipe out the beef industry in Ireland.

The obvious question is why the Irish government has gone along with the Mercosur deal at EU level.  The answer is somewhat complicated, as these things often are.

First of all, the government is saying that this is a draft deal, has yet to be ratified, could still be changed, and even then won't come into effect for several years.

Taoiseach Leo Varadkar has said he will carefully weigh up the pros and cons for Ireland, and that is significant because the truth is that the pros are very significant for us since this deal is about much more than beef.

Ireland, like other EU countries, does a lot of business with the Mercosur bloc, a market of 260 million people, and the reduction or elimination of tariffs and quotas under the deal will be of great benefit to many sectors here.

For example, our drinks and pharmaceutical exports to Mercosur, already worth hundreds of millions, will have tariffs drastically cut or eliminated.  In financial, IT and other services, we already have a €1 billion trade surplus with the Mercosur countries, and this deal will open up new opportunities for further growth.

Even in agriculture, the picture is not all negative.  Under the deal, there will be higher quotas for tax-free exports of Irish dairy products, an area with huge potential because of the quality we offer.   And even in the beef sector, it's important that we keep a sense of proportion.

The total EU beef market is around eight million tons a year, so an extra 99,000 tons from South America amounts to just over one percent of that.  There should still be room for Irish beef producers in EU markets where we have built up a reputation for the highest quality.

There is also no need for immediate panic among farmers here.  The deal will not start until 2022 at the earliest and it would be gradually phased in over the following five years.

And the bottom line anyway is that we don't have a veto on this since trade deals made by the EU are decided on a majority basis among member countries.  So our focus will need to be on making sure the deal is implemented in a way that is most beneficial to us.

One of the biggest concerns is that our farmers will be at a serious competitive disadvantage because of the higher standards we enforce in the meat industry, which add to production costs.  These EU standards, including the ban on hormone use, restrictions on antibiotic use, sanitary rules, traceability from farm to plate, animal welfare, etc., are either non-existent or in their infancy in the Mercosur countries.

Argentinean beef is generally of an acceptable standard, but Brazilian beef can be doubtful.  The EU is saying the deal guarantees that no beef will be allowed into the EU market unless it complies fully with EU standards.

Irish farmers seem unconvinced because they think enforcing this 100 percent in South America may be impossible.  If the deal does go through, as seems likely, then Irish farmers will be insisting on rigorous testing and a zero tolerance policy, meaning that entire shipments would be sent back if there are failings in any packs of beef arriving in the EU.

The debate here about all this in the past week has been heated, which is understandable.  But the dire warnings about the demise of the Irish beef industry are probably premature, not least because of the continuing success of our dairy industry.

As long as that goes on, we will always have a supply of Irish beef since dairy farms obviously produce bull calves as well as heifer calves every year.   Even our traditional small farms with suckler herds may be able to survive if the quality of their beef can be marketed effectively in Europe as a premium product.

And in the future, that is where the answer to the challenge facing beef farming in Ireland will lie. Instead of trying to mass produce beef, we will need to specialize in producing premium beef.

We will need to build on our reputation for a natural, grass-fed, healthy product reared to the highest standards that cannot be matched by most other countries and certainly not by vast ranches in South America.   We will need to focus on quality, not quantity and increase our organic credentials.

We will need to heavily promote ourselves as the green island out in the Atlantic where the most natural and highest quality beef in the world is produced.  And we should be aiming to charge super-premium prices for it.

We're all supposed to be eating less meat anyway because of the impact beef production has on global climate change.  So we should be eating the highest quality meat and less of it.

For that reason, Irish beef should do very well against South American beef among the more sophisticated EU consumers in the future.  But of course, there will always be shoppers with tight budgets in Europe and here in Ireland who will want cheap meat and who will go for an Argentinean steak if they can get it.

Farmers here have labeled the deal as "cars for cows,” and say it's a big win for the auto industry in Europe, especially in Germany. Mercosur tariffs on cars, car parts and machinery from the EU will be cut close to zero and the same will be true in many other sectors, giving the EU a big advantage over the rest of the world in the South American market.  About 90 percent of the tariffs currently paid on EU goods and services will disappear, saving around €4 billion a year.

For that reason alone, this deal is very much a done deal, even though it has yet to be ratified. Overall it is likely to be beneficial to Ireland and we are unlikely to oppose it when push comes to shove.

A lot of bull will be talked here in sympathy with our beef farmers in the months ahead, but there are challenging times ahead for them.

What do you think? Let us know on the comments section, below.