What's next for declining Independent News and Media after sale

Ireland's largest media house sold by Denis O'Brien to Belgian group Mediahuis, at a great loss, but what's the future for this once dominating Irish  Independent News and Media 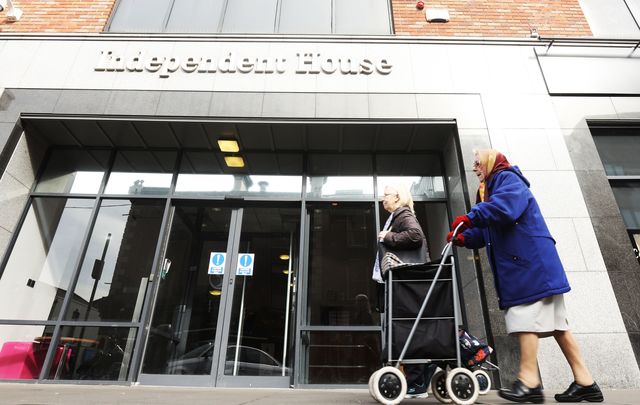 Ireland's largest media house sold by Denis O'Brien to Belgian group Mediahuis, at a great loss, but what's the future for this once dominating Irish  Independent News and Media

When I joined the papers in 1987 the Irish Independent group already dominated the media landscape in Ireland. It was hugely powerful, with daily and Sunday national newspapers which heavily outsold their competitors as well as a stable of successful local papers around the country.

In the years that followed the group became Independent News and Media (INM), a global media player with papers in the U.K., South Africa, Australia, and India among other markets. Radio, outdoor advertising, and distribution businesses also were developed, complementing the print operations.

The money was rolling in. Then headed by businessman Tony O'Reilly, well known in the U.S. as the Heinz boss, it seemed like there was no limit to how far INM could go.

Much of the global expansion, however, had been financed by debt and as the international recession took its toll eventually the empire had to be sold off, bit by bit. Finally, last week came the shocking news that what was left of INM, the papers in Ireland were being sold to the Belgian media group Mediahuis.

Apart from this meaning that the biggest media group in Ireland is now going to be under foreign control, what was doubly shocking was the price being paid, a mere €145 million. Just 12 years ago, INM's market value was €3 billion.

In fact, the numbers are even worse than that because INM currently has over €80m cash in the bank, which means Mediahuis is getting it for around €65m. And although returns are shrinking every year (like in most newspaper companies) INM is still profitable, making €24 million in 2018. This means that the sale price is less than three times annual profits, a bargain that almost equates to a fire sale. 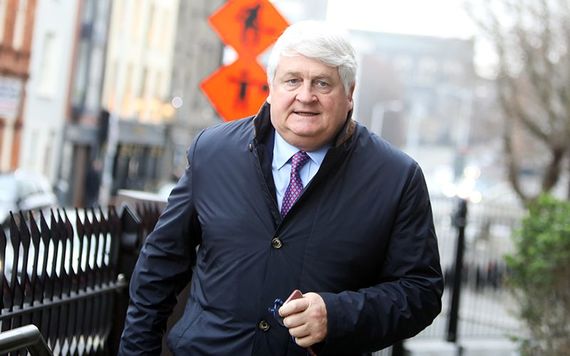 This has led to dismay and disquiet here over the past week. Some people are concerned that the dominant media group in Ireland will now be owned and run by outsiders, which they claim is not a healthy situation in a democracy. Shareholders, who have seen their investment in INM almost wiped out in recent years, say the deal amounts to a giveaway and that the sale price should be a multiple of the agreed figure.

So, what's going on? How can INM have been reduced to such a sorry state? Why is a huge media group which still sells a million print copies a week and has over 10 million digital hits a month being sold off at a price that is laughable?

The answers to these questions are complex and convoluted, but the core issue is one that is common to so many newspaper companies these days. Fewer and fewer people are buying papers, instead getting their daily news, sports, and entertainment, etc. online. So, circulation and advertising revenue from all INM papers have been declining steadily in the last decade, usually by around six or seven percent a year.

Everything has been tried to reverse the trend, without success, and there have been repeated cutbacks in costs as a result, with staff numbers drastically reduced. It’s like a slow and inexorable terminal illness for which no cure can be found.

The answer was supposed to be the development of the digital side of the business, selling advertising to appear in the online versions of the papers. In recent years INM spent heavily developing its Independent site and implementing a digital-first editorial policy.

But even though its papers still do not have a paywall and are free to read online, this has not worked. Initially, there was some modest success but the reach of the digital giants like Google, Facebook, Instagram, and Twitter, etc. is so powerful that many advertisers are going straight there rather than bothering with online newspapers.

Part of the problem is the technical sophistication of the digital giants who can offer a level of targeting that newspapers cannot match. So, if you want to aim your product or service at, say, females in their twenties in a particular market with a specific interest or taste level then the digital giants can precisely deliver them to you -- and at a highly competitive price per thousand.

One example I know about involved a major retail group here (still a big newspaper advertiser) who recently spent €225 on an Instagram advert which then generated over €17,000 in sales of the product (a women's fashion item). Plus, the data analytics available of how many had clicked to look at the product, how many of those went on to buy, when and where, etc. was all valuable information for future planning.

Newspapers cannot match this which explains why the growth in their digital advertising revenue is so poor, whether they have a paywall or not. Last year, despite spending heavily on its online presence in recent years, INM's digital side still accounted for only seven percent of revenue.

It was the belief that O'Reilly and his team in INM were not developing digital fast enough (as well as a desire for media and political influence) that prompted the Irish telecoms billionaire Denis O'Brien to launch his takeover battle for INM over seven years ago. He eventually forced the O'Reillys out, but it cost him around €500 million buying INM shares to do so, most of which he has now lost.

It's turned out to be the ultimate pyrrhic victory. What he saw as a great digital opportunity has evaporated and the papers have been in a downward spiral over the last few years. Which probably explains why he is getting out now -- that and financial trouble elsewhere in his cell phone empire.

O'Reilly had run INM with remarkable hubris, spending lavishly when times were good and using his media clout to mix with politicians and celebrities, some of whom he put on the board of the group. He used his papers occasionally to exert political pressure, although this was always well hidden. But as newspaper barons go he was not the worst.

When the impossible task of trying to save Waterford Glass ate into his resources he did not have enough left in the tank to fend off the rapacious O'Brien who had bought heavily into INM. The takeover was bitter and that nasty mood permeated the papers where many of the staff were deeply uncomfortable with the background of their new boss.

A public tribunal set up by the state had found in 2011 that O'Brien had paid over €1 million to a government minister who had facilitated him in winning the cell phone license in Ireland that was the basis of his fortune. And there were other worrying aspects about O'Brien which raised questions about his suitability as a national newspaper boss. Recently, this has featured court and state body examinations of how INM was being run, including a data probe into how some of its staff were being spied on by their own boss.

O'Brien's seven years in control of INM have been characterized by cutbacks and confusion as a way to halt the decline was desperately sought. Many of the best journalists at INM left and staff pensions were cut almost in half.

On the plus side, the development of Independent.ie was impressive, resulting in unique visitor numbers for the site that ran into millions a month. But as noted above, this never translated into significant revenue and the sour mood among staff at INM has become even more depressed in the last few years.

Whether Mediahuis can turn this mess around remains to be seen. Its publications include the leading serious newspapers in Belgium and Holland, so it would seem to be a good fit, even a desirable one.

It's a very large media group, several times bigger than INM, so it has the resources to make a major impact. Perhaps most important, it also has a proven track record in implementing online paywalls and developing digital revenue.

As far as we know, Mediahuis has a reputation of not interfering in the editorial independence of its papers, although that is a claim made at all newspapers these days. That said, the fear that the biggest media group in Ireland being run by foreigners is necessarily bad is exaggerated. It might even be a good thing to have someone with less interest in domestic politics here running the main media group.

One thing is for sure. There will be little sympathy for O'Brien and his lost €500million. In fact, most people at INM will be glad to see the back of him and the malign image he gave the newspaper group.