Kerrygold, the Irish dairy farmer-owned brand, reaches $1.12 billion annual retail sales globally and is the second most popular butter in the United States 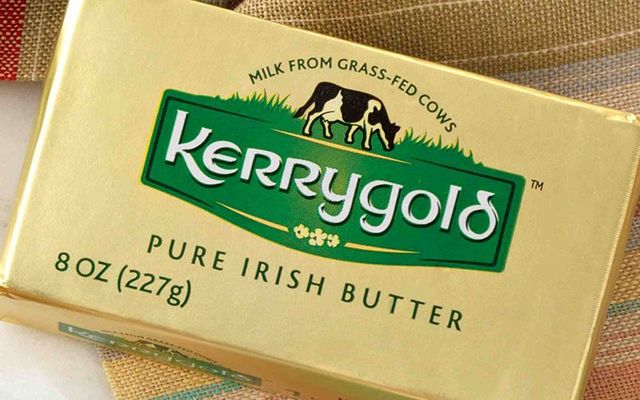 Kerrygold, the Irish dairy farmer-owned brand, reaches $1.12 billion annual retail sales globally and is the second most popular butter in the United States

Kerrygold, the brand owned by Irish dairy farmers, has become the first Irish food brand to reach the momentous milestone of exceeded an annual retail value of $1.12 billion.

Kerrygold, most famous for its yellow creamy Irish butter, has a committed following worldwide with 7.5 million packets of the iconic gold foil sold each week.  Kerrygold is the number two butter brand in the US, next only to Land O’ Lakes, and the number one butter brand in Germany, as well as being the fastest-selling branded product on supermarket shelves in Germany.

Kerrygold is a symbol of national pride providing Irish consumers with a sense of belonging and a link to home in many markets all over the world.  Irish Diaspora spot the familiar golden foil in shops around the world and it is an immediate connection to home.

Kerrygold advertising campaigns became viral at a time when YouTube did not exist, and to this day people of a certain age ask, “Who’s taking the Horse to France?” and remind themselves to “Put a bit of butter on the spuds, André”.

Here's one of their latest adverts:

The news that Kerrygold had his the milestone of $1.12 billion in annual retail sales was unveiled by Ireland’s Minister for Agriculture, Food & the Marine, Michael Creed and Ornua Foods Managing Director Róisín Hennerty to the company’s farmer shareholders at the Kerrygold Kitchen, in Ornua.

The Kerrygold brand was created by Sir Anthony O’Reilly, CEO of what was then called An Bord Bainne, in 1962.  His vision was to establish Kerrygold as a premium brand, befitting the rich quality of Irish milk.

Its phenomenal global success is attributed to farming families’ commitment and dedication to making the best quality milk in the world, coupled with state-of-the-art member production facilities and an ambitious and focused brand strategy.  Today, Kerrygold is an international household name, loved around the world for its naturally superior, grass-fed dairy products.

While Kerrygold Butter has grown in popularity over the past five decades, the recipe has not changed since it was first produced in 1962. 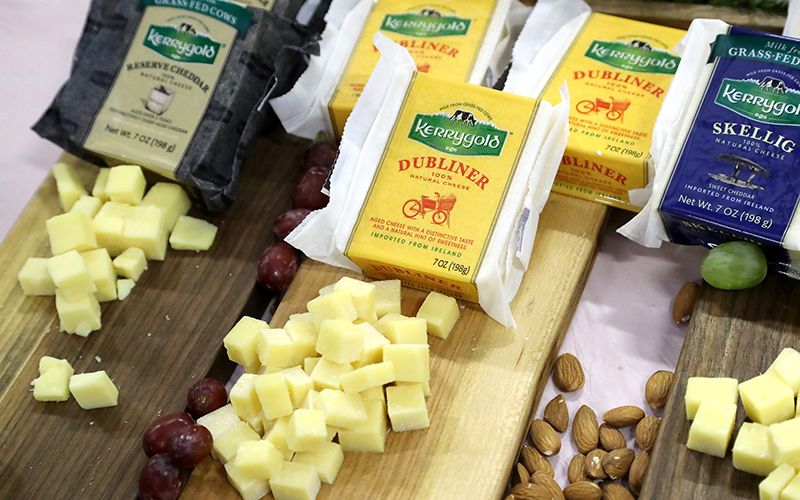 Unveiling the news, Minster Creed said “The Kerrygold brand is an amazing asset for Irish dairy farmers and its promotion of Ireland’s unique grass-fed credentials has been instrumental in enhancing Ireland’s reputation around the world as a sustainable food producer. Reaching this milestone is a significant achievement for Kerrygold, and Ornua, who have not only contributed economically to Ireland but have also played their part in supporting our vibrant rural community and building opportunities in markets all over the world.”

Where do you get yours? Do you live outside Ireland and still eat Kerrygold? What’s your favorite thing to eat Kerrygold on? Let us know of your love for Kerrygold in the comments section below.