The future of the theater may be in question, especially if lawsuits are filed and there is pressure to drop or lessen the government grant. 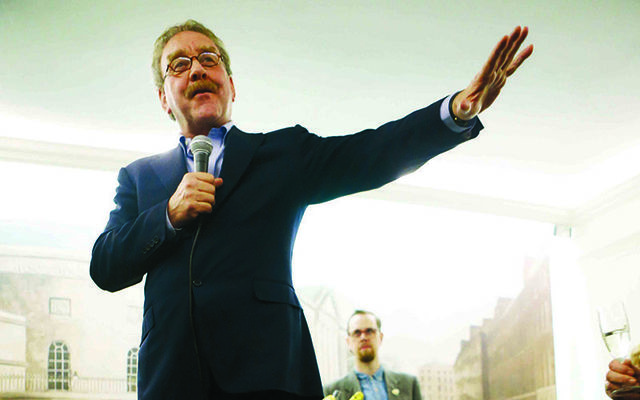 The accused: Former director of the Gate, Michael Colgan.

The Harvey Weinstein scandal and the others that followed has had a ripple effect across the world, even in Ireland where one of the best-known theatrical directors is suddenly under urgent investigation.

Michael Colgan, now 67, was a hero of the Irish stage, the man who kept the Gate Theatre, a lesser institution to the fabled but more traditional Abbey, in business through thick and thin.

For 33 years until his retirement last year he was one of the principal figures in the Irish theater scene, feted at home and abroad for many daring productions.

In recent times the Gate had been heavily subsidized by the Irish government, funding that may very well be called into question now. 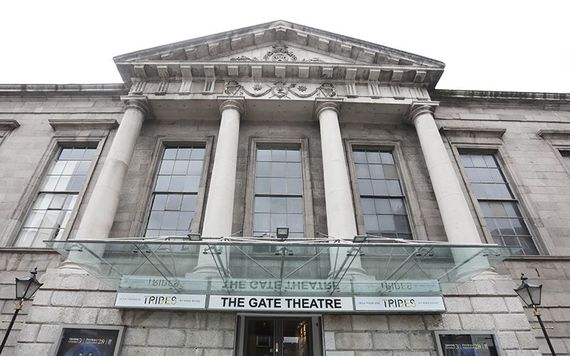 The Gate Theater, in Dublin.

Colgan’s behavior was similar to Weinstein’s. In both cases, men with complete power to make or break an actress or some other employee’s career used that as leverage to seek unwanted sexual favors.

The amazing fact is that in both cases, far too many people just accepted that such behavior was business as usual and kept quiet about it.

It is an old complaint.  In the past few days a 1945 diatribe by Maureen O’Hara against coerced sex sought by directors and producers at that time was aired. Little seems to have changed in the intervening decades.

Colgan told Irish radio that he will respond to the allegations, but he will have a tough time making people believe him. The women concerned are very particular and specific about where and when the abuses took place.

Now he is under investigation after those accusations by actresses and employees finally came to light.

Opposition TD and former minister Joan Burton said the reports of what had happened at the Gate Theater were appalling.“

“The descriptions of what has been happening to women…I mean it is just hardly actually believable,” she added.

The future of the theater may be in question, especially if lawsuits are filed and there is pressure to drop or lessen the government grant.

That would be a shame. The theater had an amazing beginning, stated by two well-known gay actors and producers, Hilton Edwards and Michael Macliammoir, in 1928.

To be openly gay back then with Ireland in the grip of fanatical Catholicism was quite the brave move, but somehow artistic license saw the two daredevils through.

Welles talked his way into a production of Jew Suss and earned rave reviews and a standing ovation.

“That was the night,” Welles would later tell biographer Barbara Leaming.  “I had all the applause I needed for my life.”

The Gate soon became a popular venue, sited at the top of O'Connell Street and a Dublin landmark.

Now it has become known for completely different reasons. Michael Colgan appears to have cases to answer for, but hopefully, the theater he ran for 33 years will survive whatever happens.