Mickey Harte’s future as Tyrone manager was the big talking point after the opening weekend of action in the Ulster SFC, the Red Hand’s 1-13 to 1-11 quarterfinal defeat to Donegal in Ballybofey on Sunday sparking a nationwide debate. 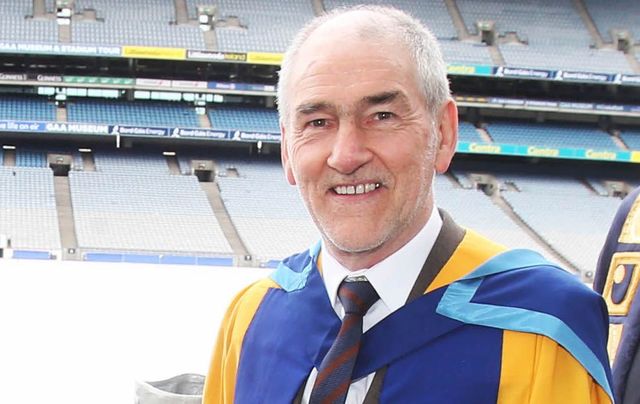 Kieran McGeeney’s Armagh are also through to the semifinals after their well deserved 0-17 to 0-15 victory over Derry at Celtic Park, while Monaghan were bundled out of the Championship by Cavan, 2-15 to 1-17 winners after extra-time in Clones on Saturday.

Mickey Graham’s Cavan side were the big winners over the weekend, but Mickey Harte’s defeat, in his 18th season in charge of Tyrone, was by far the most discussed result of the weekend in all Irish sporting conversations.

Leading the verbal charge was the RTE pundit and Kerry legend Pat Spillane on The Sunday Game, and he is definitely of the opinion that All-Ireland winner Harte needs to move from the job after three Sam Maguires and six Ulster title wins but with no second chance via the backdoor this season.

“In my time in Gaelic football there have been four top-class managers, the four greatest managers of all time, Mick O’Dwyer, Jim Gavin, Kevin Heffernan, and Mickey Harte,” said Spillane.

Harte didn’t discuss his own future after the Donegal defeat but he did commend his players for their effort in the atrocious weather conditions.

“The end result is we didn’t get anything for it and we’re out of the Championship. All we asked our players is to give the best of themselves and I can honestly say they did that,” said Harte.

For Donegal boss Declan Bonner, the ability to cope with the stormy conditions and recover from an early four-point deficit was crucial.

“It was about rolling the sleeves up. You can have all the best tactics and top-class players, but there comes a time in Championship matches when you have to roll up the sleeves and really dig deep, Our lads did that today.”

Armagh boss Kieran McGeeney received praise for his tactics as Armagh withheld a Derry fightback at Celtic Park while Cavan boss Graham had plenty to say about his team’s preparation after their shock extra-time win over Monaghan, a week after they were relegated in the National League.

“We planned for penalties on Thursday night and we had a bit of craic with it,” said Graham after Breffni goalkeeper Raymond Galligan kicked the winning point from a last gasp free as the game looked destined for penalties.

“I had the names in the book ready for the penalties. But Ray showed great nerve and great steel. What a kick. They did everything to put Ray off but he held his nerve.”