A round-up for the Gaelic Games news from the Allianz National Hurling and Football League in Ireland. 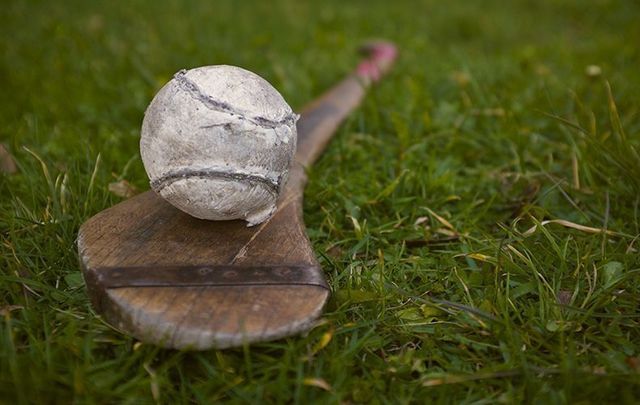 "Against top opposition, if you drop your concentration they’re able to score so freely... But we’re still there.”

Limerick looked like a side with All-Ireland glory on their minds as they swept past neighbors Clare by 0-36 to 1-23 in the Munster SHC quarterfinal in Thurles on Sunday, a game that doubled as the Allianz NHL Division 1A decider.

As well as retaining their league title, Limerick opened their defense of the Munster crown with some dazzling second-half style, and that clearly pleased their manager John Kiely judging by his interview with RTE afterward.

“It’s good scoring. We didn’t leave too many behind and the accuracy was good,” said Kiely. “You could say it was a poor enough performance from us in the first half. We just failed to get into our rhythm in the first half. We weren’t stringing the passes together, our work rate wasn’t where it needed to be and we didn’t create as many scoring chances as a result.

Limerick now face Tipperary in the Munster SHC semifinal this Sunday with Kiely adding, “We have loads of things we need to improve on for next week. It’s a quick turnaround for us, seven days to Tipperary in Cork next weekend, another massive challenge for us. There’s fors and againsts. You’d like a little bit more recovery time.”

Clare will now face Laois, Wexford, Galway, Dublin or Kilkenny in the qualifiers with manager Brian Lohan keen to correct the second-half mistakes in Thurles.

He admitted, “Just after halftime they got five rapid points with the breeze behind them, so it was a struggle from then on. They were able to sit back a bit, and it was comfortable for their full-back line in that second half, which we’ll have to work on.

“The spirit was pretty good for most of the game. Against top opposition, if you drop your concentration they’re able to score so freely. That period after half-time put us under a lot pressure, so we’ll have to improve on that. But we’re still there.”

Cavan were dramatic and big losers on the final day of Division Two fixtures in the Allianz NFL as their 1-12 to 0-13 defeat in Roscommon and a Laois comeback victory against Fermanagh saw the Breffni men relegated at the last minute.

Boss Mickey Graham must now drag Cavan back into a positive headspace ahead of Saturday’s Ulster Championship date with Monaghan in Clones, and he said as much himself after the Roscommon defeat which saw the home team promoted as champions.

“There’s no time to feel sorry for ourselves, no time to drop the heads and hide in the corner. We’ll just have to take it on the chin,” Graham told RTE.

“Monaghan are going to be raging favorites. They’re playing at a serious level in Division 1 and competing with the top teams so we know what’s lying ahead for us. We knew coming into this game exactly what we needed to do.”

Laois added to the Division Two drama with late scores as they won 3-12 to 1-11 away to Fermanagh while Armagh were 1-18 to 1-13 winners in Clare as they sealed second spot and promotion. Kildare beat Westmeath by 0-16 to 0-11 in Newbridge.

Dublin ran up 33 scores and gained revenge for their All-Ireland quarterfinal defeat last year as Donal Burke scored an impressive 1-16 in their 2-31 to 0-23 win over Laois in the Leinster SHC opener at an empty Croke Park last Saturday night.

The first hurling action of the delayed Championship season was a score-fest for the fans watching on television and Dubs boss Mattie Kenny expects that to continue for the rest of the campaign as his prepare for a semi-final date with Kilkenny this weekend.

Kenny declared, “I know it’s been referenced with the Premier League in England. Playing in an empty Croke Park, the emotion of the crowd isn’t there. The game seemed very open. There were a lot of scores on both sides. Laois ran up a very good score as well. Is this going to be a sign of things to come in the championship without the crowds?

“The emotion the crowd gives...it’s a more open game of hurling, more free-scoring without them. It will be interesting to see does that pattern maintains as we go along in the Championship.”