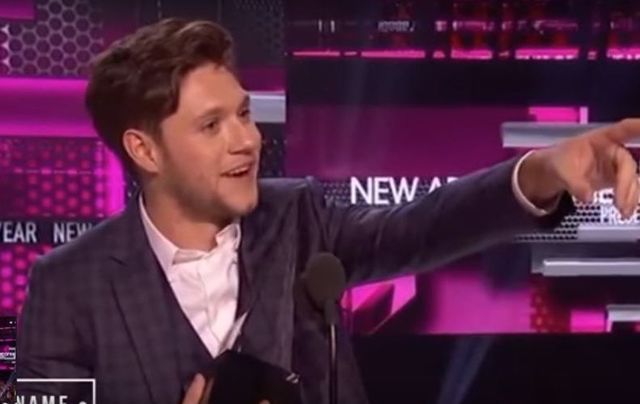 Niall Horan accepting his award at the AMAs. YouTube

The solo life is working out pretty well for Irish One Directioner Niall Horan. The County Westmeath native scooped his first big award on Sunday night at the American Music Awards in Los Angeles when he was named Best New Artist, winning the trophy over James Arthur, Julia Michaels, Post Malone and Rae Sremmurd.

“This is unbelievable. I’ve had a hell of a year,” Niall said after accepting the statue.

He sure has. His first album Flicker reached number one on the Billboard magazine charts, and he’s currently on a tour that will take him to all parts of the world through next year.