Daniel Day-Lewis' last movie will be released on Christmas Day - a contender for another Oscar the star, who lives in Wicklow, could end his career with a bang! 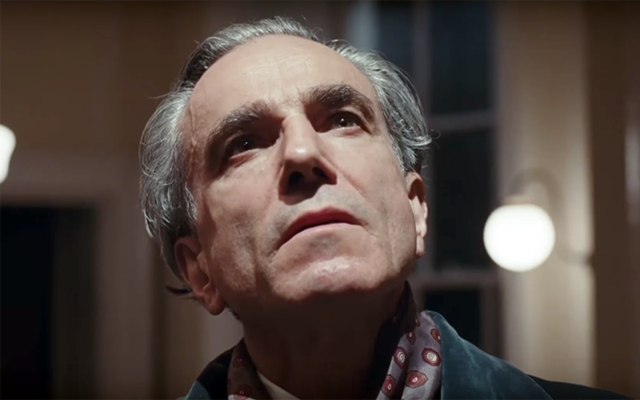 Daniel Day-Lewis shocked the acting world in June when he announced his retirement at only 60 years of age, so his upcoming Phantom Thread, which opens on Christmas Day, will be his last film if he’s true to his word.

The triple Best Actor Oscar winner reunited with writer/director Paul Thomas Anderson for the film, which sees DDL playing a dressmaker for high society in the fashion world of 1950s London.  His life is rocked when he falls in love with a waitress who is unwilling to be a go-along muse.

Anderson wrote and directed the 2007 epic film There Will Be Blood, which earned Daniel his second Academy Award the following year. They’ve been looking to collaborate again ever since.

“We did research together and we agreed I would share writing with him as we went along,” Anderson told Variety last week.

“Everything in the house of [Day-Lewis’s character] Woodcock was so particular, in terms of what chair, what silverware, what teacup, so you have to involve Daniel in every aspect of that. It wasn’t as if Mark Bridges, our costume designer, could go independently and create a bunch of costumes and then put them into Woodcock’s lap. It was very much a collaboration.”

The film will debut in a few theaters on December 25, which means it can contend for next year’s awards season.  There are no early reviews as of yet, but ruling DDL out at this time of year for at least an Oscar nomination is akin to telling a four-year-old there is no Santa – in other words, don’t do it!

Earlier this year Variety reported that he’ll participate in promotion for the film, so maybe he’ll elaborate more on why he decided to call it quits.