Daniel Day-Lewis’ next movie may be his last but critics are already speculating that it could add to his Best Actor Oscar haul. 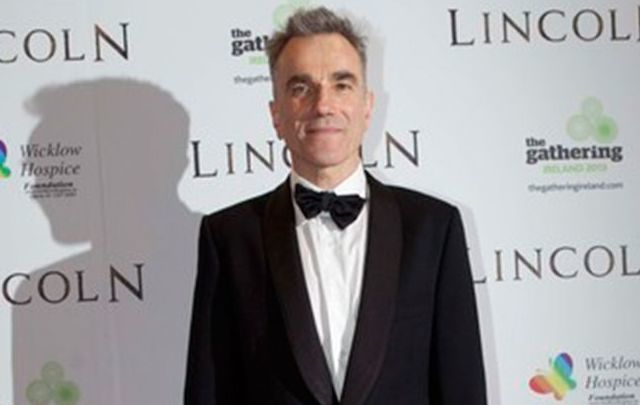 Daniel Day-Lewis’ next movie may be his last but critics are already speculating that it could add to his Best Actor Oscar haul. RollingNews.ie

“Phantom Thread” will bring three-time Oscar winner Daniel Day-Lewis back to our screens for the final time.

The first trailer has finally been released for the “Phantom Thread”, the last time we will see “My Left Foot” star Daniel Day-Lewis take on a new acting role.

Not much has previously been revealed of Day-Lewis’s next movie but the trailer shows the three-time Oscar winner as a slightly eery, celebrity dressmaker in his final role.

The honorary Irishman has been a resident of Co. Wicklow since 1997 and claims dual-citizenship of Ireland and England despite his English birth and upbringing, and has become renowned in recent years for his selectivity in his roles. As the only man to ever win three Best Actor Academy Awards, the acting giant has only starred in five films since 1998 (that’s almost two decades)!

Day-Lewis reunited once again with Paul Thomas Anderson, the writer and director with whom he earned his second Best Actor Oscar in “There Will Be Blood” for his final movie, and fans are hoping that their collaboration could see Day-Lewis finish off his already stellar career with a fourth Academy Award, certainly placing him among the most accomplished actors in the world.

Having retired from acting in June, it is rumored by Page Six that the 60-year-old actor could now turn his hand to dressmaking professionally, having become enamored with the craft while playing Reynolds Woodcock of The House of Woodcock.

Set in 1950s London, “Phantom Thread” follows the story of the celebrity dressmaker in the glamourous world of haute couture. Woodcock finds his carefully tailored life begin to unravel, however, as a result of a love affair with a young Alma played by Vicky Krieps.

Everything about the movie looks beautiful as its stars are clothed in the finest from tip to toe while dining in exquisite locations.

Daniel Day-Lewis in My Left Foot, for which he won his first Oscar.

“Set in the glamour of 1950s postwar London, renowned dressmaker Reynolds Woodcock (Daniel Day-Lewis) and his sister Cyril (Lesley Manville) are at the center of British fashion, dressing royalty, movie stars, heiresses, socialites, debutantes and dames with the distinct style of The House of Woodcock,” states the full synopsis.

“Women come and go through Woodcock’s life, providing the confirmed bachelor with inspiration and companionship, until he comes across a young, strong-willed woman, Alma (Vicky Krieps), who soon becomes a fixture in his life as his muse and lover. Once controlled and planned, he finds his carefully tailored life disrupted by love.

Daniel Day-Lewis will appear for one last acting role.

“With his latest film, Paul Thomas Anderson paints an illuminating portrait both of an artist on a creative journey, and the women who keep his world running. ‘Phantom Thread’ is Paul Thomas Anderson’s eighth movie, and his second collaboration with Daniel Day-Lewis.”

With no exact release date revealed in the trailer, simply displaying “Christmas”, it’s believed “Phantom Thread” will receive a limited release on December 25 before a wider release in January 2018.

Are you excited for Day-Lewis's latest role? Let us know in the comments section.