Gabriel-Kane Day-Lewis, a model and singer, the spitting image of his father – just landed a new modeling contract from denim company Hudson. 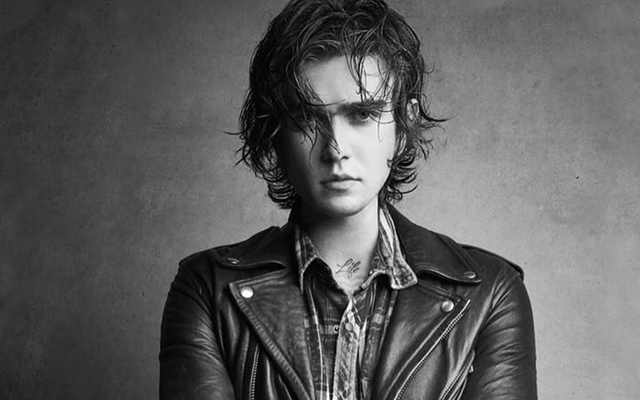 The Hudson campaign was shot by the famed photog Patrick Demarchelier, and G-K’s face will soon pop up on billboards and social media outlets.

Esquire magazine also recently named the 22-year-old as a 2017 style maverick. His trend-setting ways took a dive when he lived in Ireland for a couple of years back, it seems.

When he spoke to Esquire, G-K was asked how his style has evolved over the years.

“I grew up in Paris; back then we all wore Cheap Monday skinny jeans. I lived in Ireland for a couple of years and I was wearing track pants the entire time. In New York I started surrounding myself with people in creative fields, people who knew how to dress.”

Track pants definitely won’t get one onto the pages of the fashion magazines, so good thing he found some dress sense after he left the land of his ancestry.