Is this truly the last we’ll see of the Daniel Day-Lewis on the big screen? 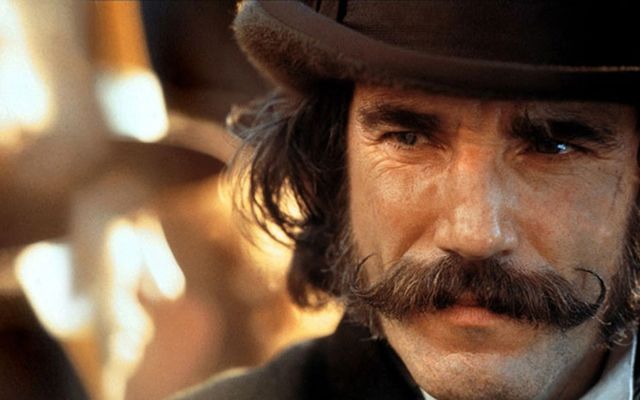 Daniel Day-Lewis has announced via a representative that he is quitting acting once and for all.

“Daniel Day-Lewis will no longer be working as an actor,” his spokesperson Leslee Dart confirmed in a statement to Variety. “He is immensely grateful to all of his collaborators and audiences over the many years. This is a private decision and neither he nor his representatives will make any further comment on this subject.”

The great Wicklow-based actor last appeared on the big screen in 2012, when he took on the role of Abraham Lincoln in the biopic by Steven Spielberg, for which he won the Academy Award for Best Actor - his third time nabbing the accolade, more than any other actor in history.

He recently wrapped filming on Phantom Thread, a film by Paul Thomas Anderson, with whom he did 2007’s There Will Be Blood (for which he won his second Oscar), and is said to have committed to promoting the movie but will move into permanent retirement after that.

The 60-year-old is known for his intense Method acting approach to roles and for being highly selective when it comes to the parts he takes on, often waiting years between roles. In fact, this is not the first time he has claimed to be quitting the film business, as Vanity Fair has pointed out.

Read More: Daniel Day-Lewis' wife reveals what it's like to live with the Oscar-winner's many personalities

In 1997, after starring in Jim Sheridan’s The Boxer, he took a five-year hiatus before turning his talents to Bill The Butcher in Martin Scorsese’s Gangs of New York. After that exhausting experience, he announced in an interview with the Irish Times that he would be quitting acting, but he returned again in 2005’s Ballad of Jack and Rose.

Between films he retreats to his farm in County Wicklow, where he lives with his wife, Rebecca Miller, and their two sons. He’s also been known to throw himself into hobbies with the same fervor he holds for acting - once learning to cobble shoes from an Italian designer, for instance. Day-Lewis became an Irish citizen in 1993; his father, the famous poet Cecil Day-Lewis, was born in Ireland in what is today County Laois.

While we would be utterly dismayed to see Day-Lewis retire, it’s undeniable that he has given himself fully to his craft. Here’s a look back at some our of favorite roles of his.

The role that won Day-Lewis his first Oscar, here he portrayed Christy Brown, the real-life Irish poet and painter who had cerebral palsy, leaving him only able to move his left foot. This was Day-Lewis’ first collaboration with fellow Irishman Jim Sheridan.

In his second collaboration with Jim Sheridan, Day-Lewis played Gerry Conlon, one of the Guildford Four, who were wrongfully convicted of a bombing carried out by the Provisional IRA. As part of his method acting, Day-Lewis adopted Conlon’s Northern Irish accent for the duration of filming.

Day-Lewis portrayed a Northern Irishman once again in his third film with Sheridan, where he took on the role of a boxer released after 14 years in prison “taking the rap” for the IRA. He maintained the training schedule of a professional boxer to prepare for the part.

Perhaps our first real look at Day-Lewis’ fearlessness to be absolutely terrifying, his Five Points gang leader was one of the best parts of this Martin Scorsese film.

Daniel Plainview, There Will Be Blood (2007)

Day-Lewis rode was captivating as oil man Daniel Plainvew in his first collaboration with Paul Thomas Anderson. More terrifying words have never been spoken than “I drink your milkshake! I drink it up!” The Academy agreed, as it was for this role that Day-Lewis was awarded his second Oscar.

His nuanced portrayal of Honest Abe won Day-Lewis his record breaking third Oscar. The role had initially been offered to none other than Irishman, Liam Neeson, but Day-Lewis gave such an encompassing and rich performance that it’s hard to imagine anyone else even attempting the part.

Daniel Day-Lewis’ allegedly final film, Phantom Thread, will be released Christmas 2017. Only time will tell if he’ll make history yet again by winning a fourth Oscar.

What’s  your favorite Daniel Day-Lewis movie? Tell us in the comments section.