A drunk prison officer refused Ireland’s inspector of prisons entry to a locked jail for an examination visit. 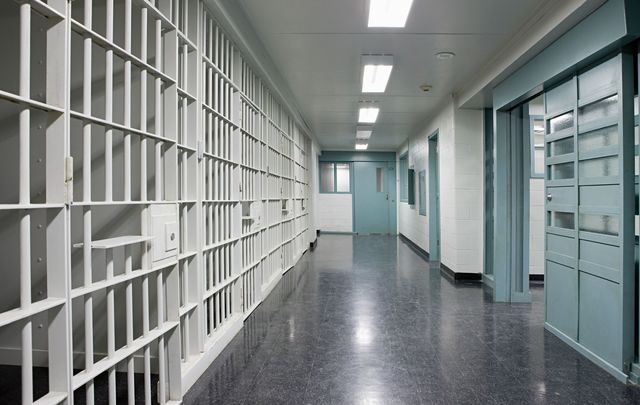 A drunk prison officer refused Ireland’s inspector of prisons entry to a locked jail for an examination visit. Getty

A drunk prison officer refused Ireland’s inspector of prisons entry to a locked jail for an examination visit.

Patricia Gilheaney, who was appointed to the post of inspector of prisons in May 2018, revealed the clanger by the inebriated officer in her damning first annual report published this week.

She reported that, following her appointment, her initial priority was to visit every prison in the country.

Her report says that in one unnamed prison an officer, also unnamed, “refused the inspector entry into the prison.”

The report added, “He appeared to be intoxicated, i.e. strong smell of alcohol and difficulty in reading the inspector’s photo identification card.”

Prison management was immediately verbally notified of the incident and a report was subsequently submitted by Gilheaney to management in the prison concerned.

Despite this incident, she noted the “professionalism and dedication of staff in challenging and sometimes dangerous situations” throughout her visits to prisons.

But she also identified a host of other serious problems she encountered during tours of the Republic’s 13 prisons, including the prevalence of criminal gangs and a lack of treatment for mentally ill prisoners.

The inspector noted the presence of numerous gangs operating within prison walls, which she said was a reflection of the “exponential growth in the number of crime-related gangs and factions throughout the country.”

She said that “when members of gangs/factions are confined within prisons it amplifies the problem and brings with it significant challenges for the provision of a safe environment.”

Gilheaney witnessed first-hand the challenges for prison officers in separating rival gang members. Her report said, “Membership or allegiance to these criminal gangs fluctuate on a continuous basis with some persons breaking links and others becoming affiliated.”

Her report stated the ready availability of contraband, including drugs and mobile phones, was also a “serious concern.” Drug dealing and the selling of phones meant some prisoners amassed significant wealth while other inmates were left in significant debt.

She also noted the use of drones “compounds the contraband problem and challenges the Irish Prison Service to keep abreast of technological advances.”

The inspector urged the Irish Prison Service not to accept this situation as “the norm” and instead to increase security at points of entry.