Could Conor McGregor be Hollywood’s next action movie star?

Mac is beloved by many celebs, some of whom would love to work with him on a film set. And he’s more than game to become a big-time action figure on screen. 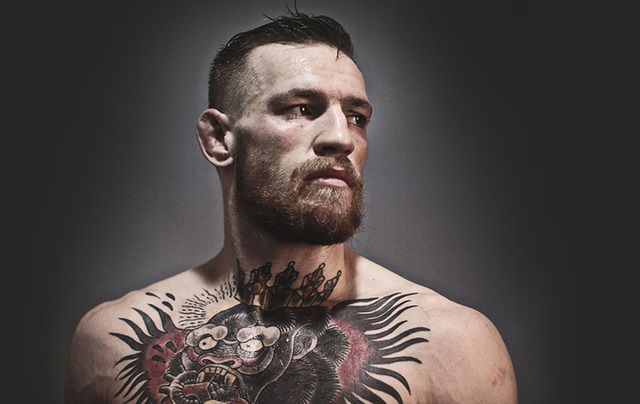 Transitioning to Hollywood during the height of her mixed martial arts didn’t do Ronda Rousey much good inside the octagon – her two last fights ended in brutal losses – so Conor McGregor is surely hoping that he’ll be able to juggle movie stardom with his current reign as king of the UFC.

Mac is beloved by many celebs, some of whom would love to work with him on a film set. And he’s more than game to become a big-time action figure on screen.

“There has been a good deal of interest in him already and he thinks the time is right to start branching out,” a source told the Irish Sun.

“There’s been talk of a part in a big action movie and he’s held a number of meetings with producers, so it looks like there’s something in the pipeline. Conor would be a natural fit for a big Hollywood blockbuster.”

Mac’s loss to Nate Diaz last March put a temporary crimp in his career expansion. He had been down to star in a Vin Diesel movie but withdrew the  loss.

“I wasn’t disappointed by it, I was p****d because Conor had said yes, he was gonna do the movie. He got his ass kicked by Nate Diaz and then after that he sort of backed out,” the film’s director DJ Caruso said.

In the meantime, Conor is making good use of the millions he’s made from the UFC and his various endorsements.  He dropped a few grand at the famous Weir & Sons jeweler on Grafton Street in Dublin last Friday with his two ecstatic sisters, each of whom now have new Rolex watches.

Fxxk it it's Friday.... #rolex for my sisters please. #themaclife #bestbrotherintheworld

And in more Conor news, if the child his baby mama Dee Devlin is carrying happens to be a big kicker, it won’t be surprising.  Mac revealed that the baby is a boy in his own inimitable way.

“The only time my records are going to be broken is by him.  I’m going to train this child,” he revealed.