Colin Farrell: “I’m not an actor”

"I'm loving work. I think I love the work now more than I ever have. I identify, ironically, less with it." 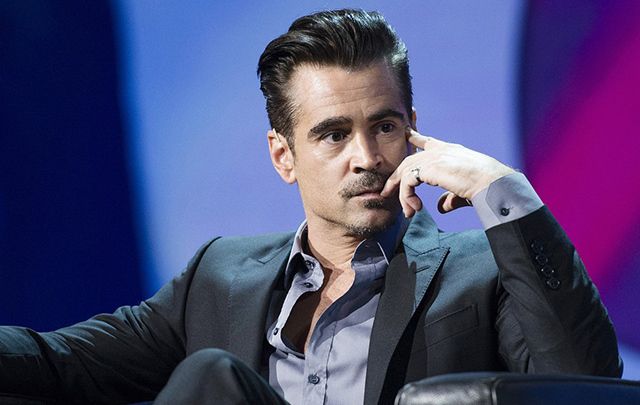 Colin Farrell is on a career high these days, with starring roles in two upcoming films – The Beguiled and The Killing of a Sacred Deer -- that critics are fawning over.

But don’t call the Golden Globe winner an actor.  He’d first and foremost prefer to be known as a dad, the Dubliner told Total Film magazine.

''I'm loving work. I think I love the work now more than I ever have. I identify, ironically, less with it. It's not that it means less than to me. I just identify less with it, being an actor... with it having a relevance to my work as a man,” he said.

The newly tattoo-less Colin, now 40, has come a long way from his days as the woman-loving Lusty Leprechaun, as the tabs used to call him.  A dad to two sons from two previous relationships, Farrell is happy that things are on the up, career-wise, but he’s taking the praise in his stride, having been on the other side on more than one occasion.

Colin’s co-star in The Lobster, Rachel Weisz – now earning raves of her own in My Cousin Rachel – was interviewed by an Irish website last week, and she spoke about filming with Farrell in Co. Kerry and in Dublin.  She recalled people went crazy when they saw the home-grown star.

“He was mobbed, it was like with the Beatles or something. It was mental. He is a big deal…people lost their minds,” she said.