Keeping certain parts of the body nice and neat isn’t just the responsibility of females, Colin Farrell discovered while filming his first ever big-budget film, Tigerland. 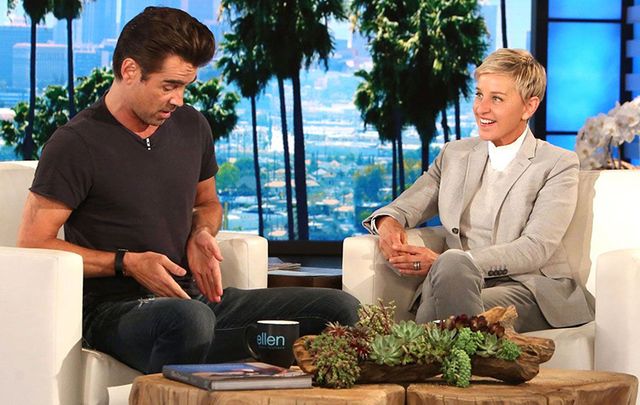 Keeping certain parts of the body nice and neat isn’t just the responsibility of females, Colin Farrell discovered while filming his first ever big-budget film, Tigerland, back in 2000.

Fondly known as the Lusty Leprechaun back in those tabloid days, Colin, 41 later this month and now 10 years sober, told his friend Ellen DeGeneres on Monday that he was self-conscious about how he looked down there because the role called for a sex scene which he had never done before. "I went up to the director, Joel Schumacher, and had a dressing gown on and nothing underneath,” Colin said.

He headed straight for hair and makeup and borrowed a beard trimmer, but the DIY job didn’t go so well, he recalled.

“At this stage I was sweating. And I went back in and re-approached the landing on the left, and then I looked down and I had a little landing strip.”

Look for a clean Colin in Beguiled with Nicole Kidman, opening on June 23.