Things that make Christmas in Ireland extra special to me

From Irish Christmas traditions to recurring mistakes, travesties, and incidents the holidays in Ireland are certainly special. 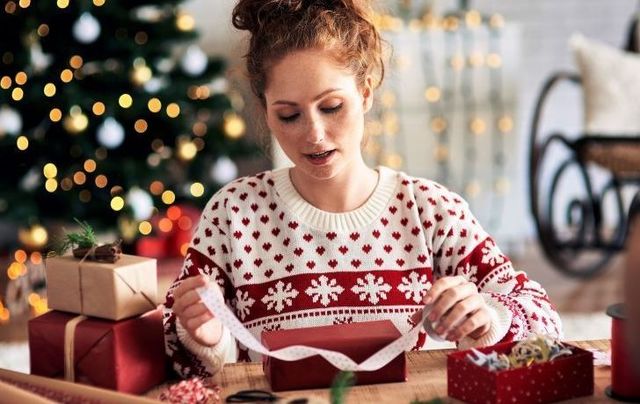 These are the traditions that make Christmas in Ireland my favorite. Getty Images

From Irish Christmas traditions to recurring mistakes, travesties, and incidents the holidays in Ireland are certainly special.

There are certain things that happen every year, whether you want them to or not. Best laid plans can remain well-lain and so become “traditions.” Recurring mistakes, travesties and incidents become known as “curses.” And the rest can just be called Christmas.

Read More: New York is great, but nothing beats Christmas at home in Ireland

Here are the top 10 things that make my Christmas mine, in its own special way. 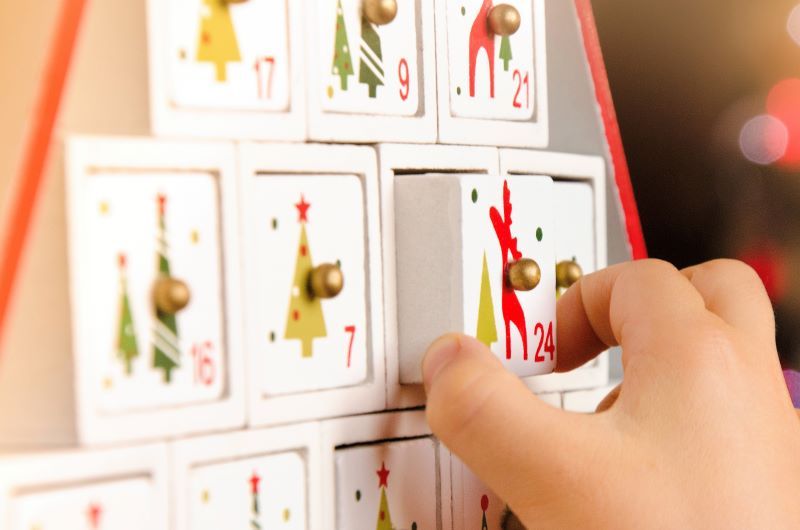 We always wanted an edible Advent calendar where you crack open the little cardboard doors and reveal a bright shiny caramel or a sticky fudge. In our house, we have a Nutcracker fabric Christmas tree with cotton puppets that are velcro stuck to the tree with each passing day – non-edible.

My brother and I would fight over the puppets, each a different character from the Nutcracker ballet, but I always bullied my way into possession of the fairies and left him with the rats in true Christmas spirit. 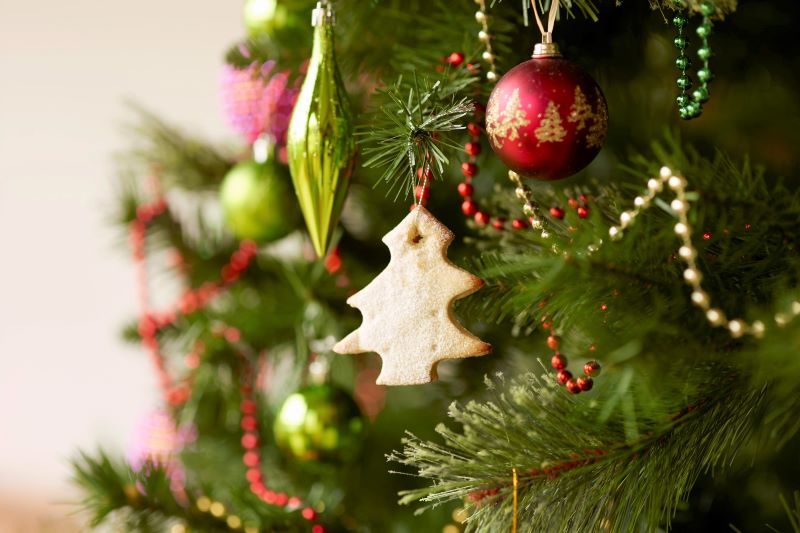 Growing up we had TWO Christmas trees. This is not a testament to the grandness of our existence, but to the insanity of my mother.

A fake, scraggly and lop-sided tree was hidden in a dark corner of the house for the children to decorate with our badly home-made angels and snowmen. Meanwhile, in the living room, was Mother’s enormous, lush, green real tree drenched in bright gold and crystal decorations. We gave up on our own tree a decade ago, but Mama’s golden tree still reigns strong.

Read More: How decorating the Christmas tree is now a week-long ordeal 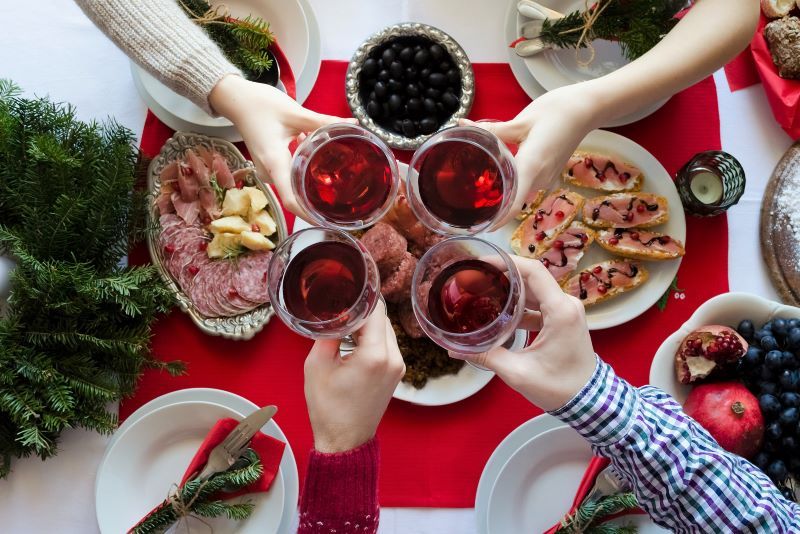 We host the annual mafia family festivities which is an inexplicably Italian evening. We serve crostini, bruschetta, olives, and lasagna before hitting midnight Mass in the village church.

This tradition is completely rootless. There is not an ounce of Italian blood in our veins. However, the pasta and bread make for suitable lining for the copious amounts of wine and paves the way for a comfortable hangover the next day. 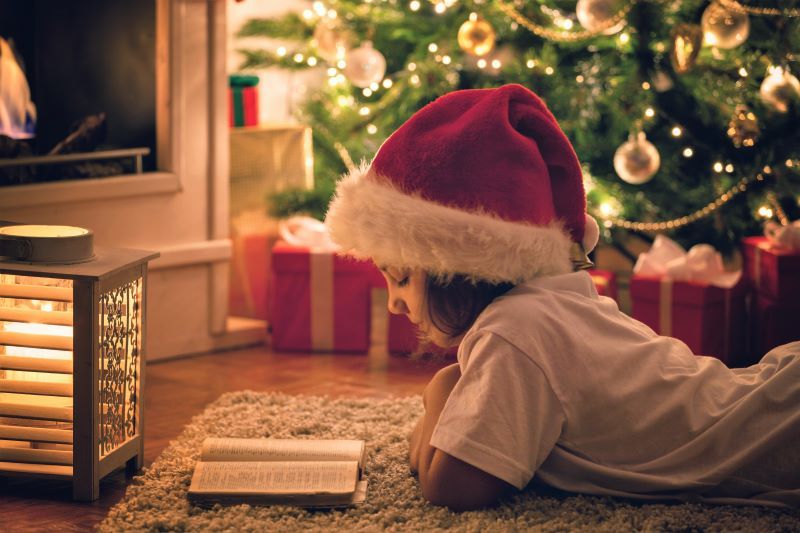 When we were kids, my brother would always stay in my room on Christmas Eve night. He would be so nervous about Santa that he would shake like a leaf as my dad freaked him out saying he could hear Rudolph on the roof and pointing to phantom lights in the sky.

To settle us down, my mom would read us the entirety of "‘Twas the Night Before Christmas" while Dad busied himself being Santa Claus. Hearing it now still gives me butterflies. 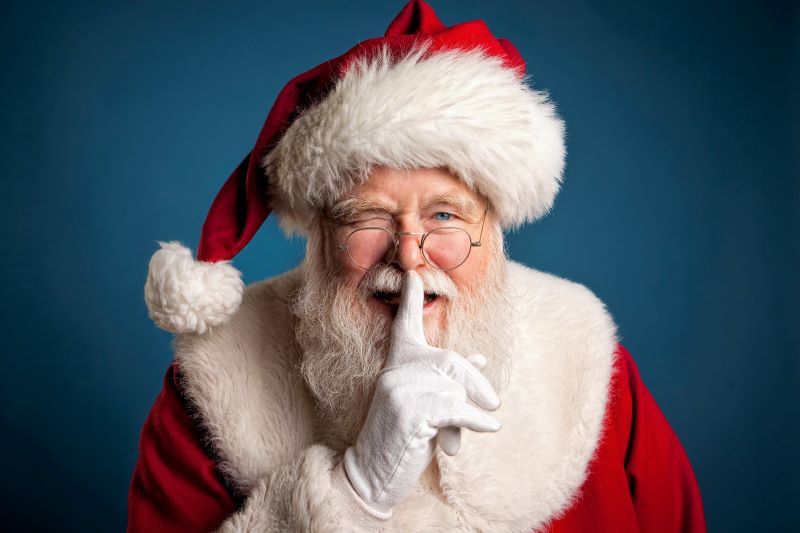 Writing letters was always a huge ordeal for me. Weeks of preparation and design went into these works of art before I tossed them in the fire, cackling as my lengthy list of gifts sparked to life.

We left cookies, milk, and carrots – for Rudolph – which my dad would proceed to attack to create the illusion of Santa’s scoffing. He would even cover a horse-shoe in some muck and trample deer tracks from the fireplace all around the house.

We were convinced, devout believers in Santa and his reindeer friend until an embarrassingly late age due to this impressive annual fiasco. 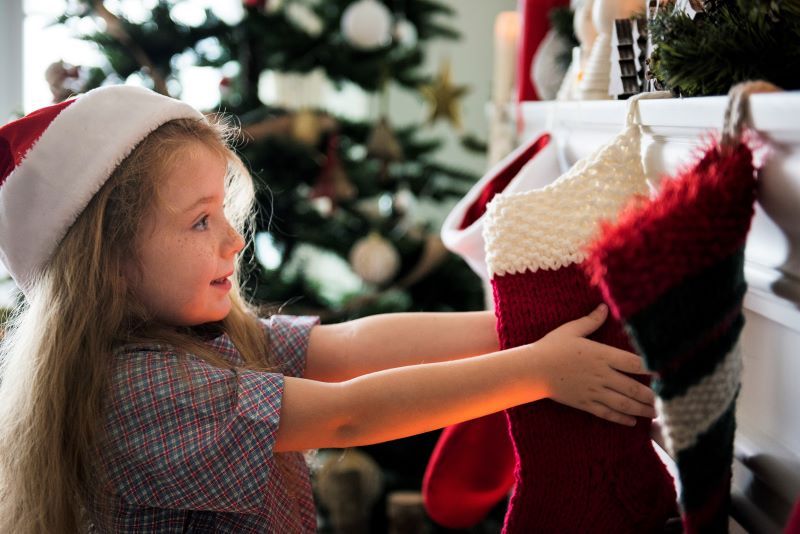 Nowadays, as adult humans, we wake up at a normal hour of 10 am with mild hangovers, but as children, it was a struggle to keep us sleeping after 6 am. We attacked our stockings first which were taken from the top of the stairs and upended onto our parents’ bed while they hid under the covers from our hoots of delight.

Then we would all march to the tree in single file while Mom and Dad hammed up exceptional performances of suspense and surprise, creaking the living room door open to reveal stacks of gifts, streamers, balloons and twinkling lights. It was a magical spectacle every year. 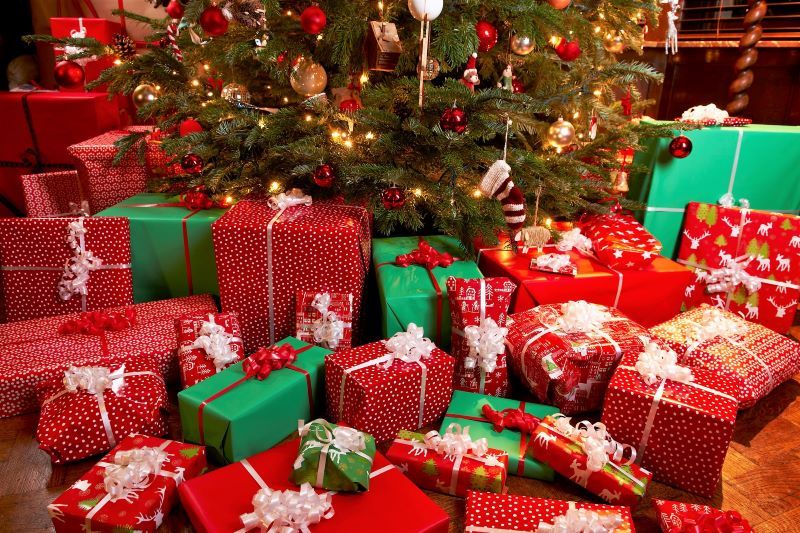 Every year my dad asks for a puppy because his inner-child lives strong, but he never gets one because he’s actually a CEO and an extremely busy man. Gifts that my mom has gotten him instead range from a water filter to an electric toothbrush and include a range of socks, slippers and man pajamas.

Everyone else always fares well with inventive, thoughtful and pleasantly surprising gifts. But until we can get that puppy, there will always be a big, sad face. 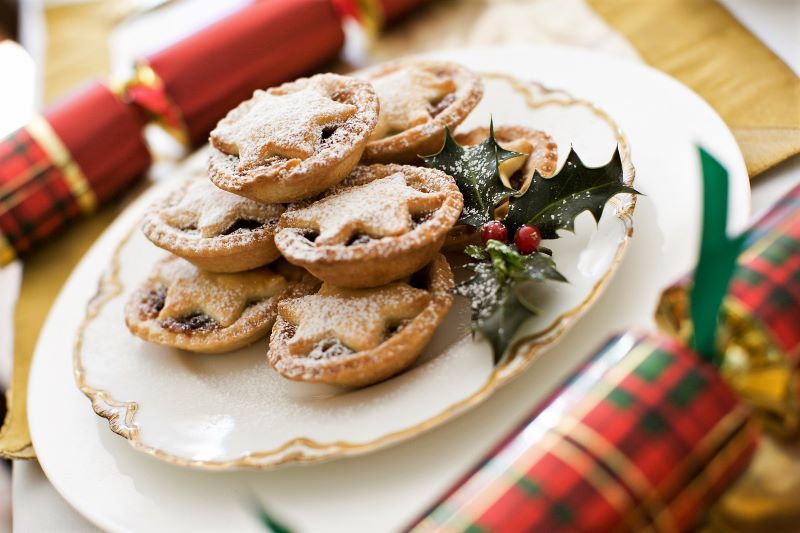 For breakfast, we go to Auntie’s house for mulled wine, homemade mince pies, and presents. Semi-drunk and already full, we return home where I watch Mom prepare Christmas dinner – which she could probably do with her eyes closed – and try to learn by osmosis. We sit to eat at 4 p.m. where we fight over the bread sauce, two types of stuffing and mouth-watering potato croquettes because there’s always enough turkey and ham to feed about 500 people.

We also have sauerkraut! My mom had a rogue aunt who married a German man in the sixties and so grew up with some German cuisine in the house. At least we can explain this more than the Italian mafia tradition. 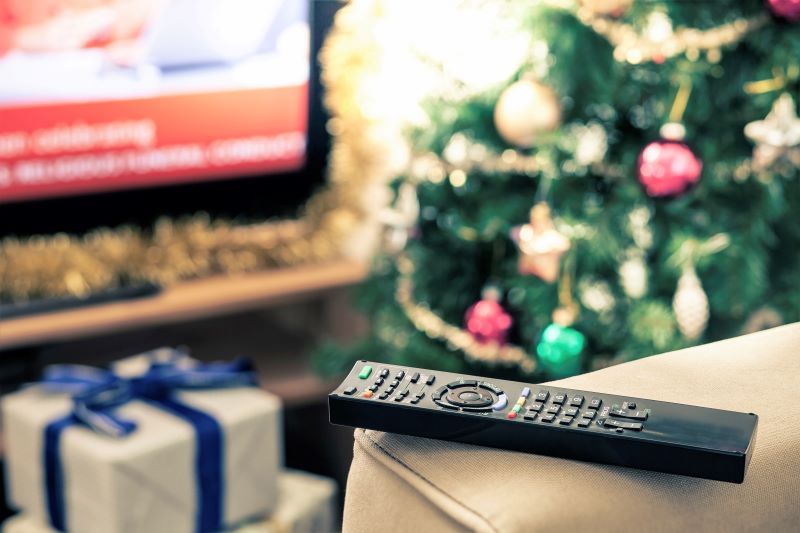 A huge part of the feasting aftermath is what you watch as your body struggles to digest the four tons of food you have just crammed in there. We usually start with "Titanic" or "The Sound of Music" because these are my dad’s favorite movies of all time – and mine too, so don’t judge – before a modern Disney/Pixar rips our hearts to shreds. Family favorites are "Up," "Toy Story 3" and "Frozen" for a good cry into a tin of Cadbury's Roses.

Memories of my Grandmother 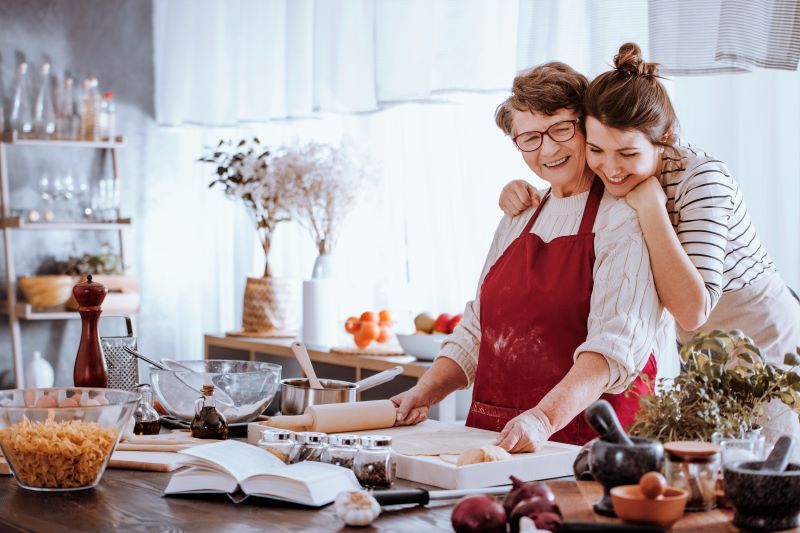 My grandmother was a key Christmas guest at our house. This will be our first year without her as she passed away this summer, but I know her presence will be as strong as ever.

When I was too young to remember, she had one Baileys too many and toppled into the Christmas tree taking it down with her – a legendary story which comes up every year with the same hilarity, and I will ensure it passes from generation to generation.

More recently, she famously refused to eat her Christmas dinner until it had been smothered in gravy which my mom had forgotten to make. She sat with her arms folded and a scowl on her face while my mom frantically invented a gravy as the spread sat going cold. Now every year comes the Christmas mantra: “WHERE’S MY GRAVY?”

Each of these delights awaits me just a few short days away. I hope that some similarly delicious and traditional treats await you all too and that 2018 finishes off with a familial sobbing session as you reach for your fifth helping of turkey with one hand as the other clutches a half-eaten chocolate Santa.

A very merry and criminally indulgent Christmas to you and yours!

What are your favorite parts about Christmas? Share in the comments!