Did you know that many of the holiday’s rituals are centered deep in old Irish and Celtic traditions? 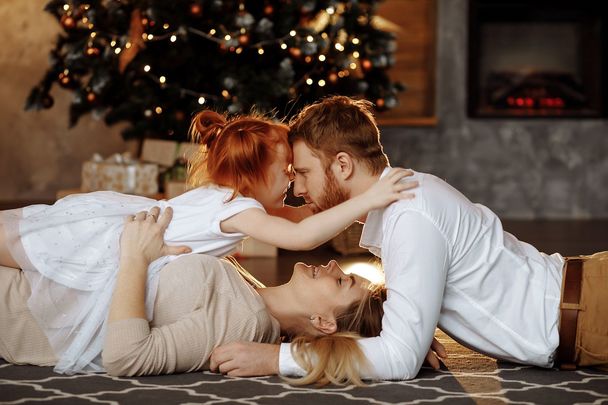 Many traditions of Christmas your family holds dear are links to Irish history. Getty

Christmas has become so universal that we almost certainly forget its roots. Yet many of the holiday’s rituals are centered deep in old Irish and Celtic traditions.

1. Leaving a candle in the window of the house to guide Mary and Joseph on their way to Bethlehem to give birth was inspired by an old Celtic ritual of lighting a way for the spirits to pass peacefully.

2. Hanging the holly and ivy wreath outside the house. In pre-Christian times they warded off evil spirits. In modern-day the holly represents the crown of thorns, the ivy the pre-Christian era

3. Mistletoe in the druid tradition was a symbol of male fertility. It was hung in the house and the man could invite someone to share a kiss.

4. Burning the Yule log in the fire is a pre-Christian rite of honor to the Mother Goddess. Today in Ireland a fire on Christmas morning is traditional in many homes regardless of the weather.

5. Decorating the Christmas tree was originally a pagan Irish celebration. Decorations celebrated the three deities, the sun, moon and star and some decorations represented the souls of those who died.

6. The giving of Christmas gifts relates to the winter solstice which was a time when gifts were exchanged between clans and chieftains as a means of renewing ties and friendship.

7. Chasing the wren. Legend had it that the martyr St. Stephen was betrayed by a wren when he was hiding in a bush. The ritual involves gangs of youths in rural Ireland hunting a wren on December 26th, St.Stephen’s Day.

8. Eating mince pies. According to historian Melissa Snell, mince pies (so-called because they contained shredded or minced meat) were baked in medieval times in oblong casings to represent Jesus' crib, and it was important to add three spices (cinnamon, cloves and nutmeg) for the three gifts given to the Christ child by the Magi. The pies were not very large, and it was thought lucky to eat one mince pie on each of the twelve days of Christmas (ending with Epiphany, the 6th of January).

9. The date of Christmas was most likely taken from the Celtic winter solstice.

"It is cosmic symbolism ... which inspired the Church leadership in Rome to elect the winter solstice, December 25, as the birthday of Christ, and the summer solstice as that of John the Baptist, supplemented by the equinoxes as their respective dates of conception,” says historian S E Hijmans

10. Food left for Santa Claus comes from the Gaelic tradition of leaving food for Mary and Joseph on their journey to Bethlehem.