What's next and what can we learn after the tragic death of Emma Mhic Mhathúna and the 221 women who were failed by the Irish government and the health system? 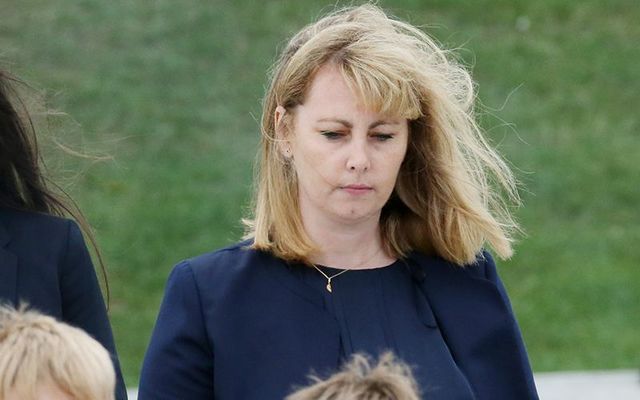 Emma Mhic Mhathúna, RIP, a 37-year-old mother of five who died of cancer due to errors in her cervical smear test. RollingNews

What's next and what can we learn after the tragic death of Emma Mhic Mhathúna and the 221 women who were failed by the Irish government and the health system?

Tuesday of this week was budget day in Ireland, and it was a particularly important one this year.   But we will leave the economic analysis until next week because at this point we need to mark the sad passing of Emma Mhic Mhathúna.

Mhic Mhathúna, one of the women caught up in the cervical cancer screening controversy here who became a national figure because of her fight for justice, died in hospital in Kerry last weekend.   We knew her cancer was terminal, of course, but even so, the speed with which the disease killed her has shocked the country.   It's only a few months since she was appearing on TV and at public meetings campaigning for reform of the screening system that let her down.

Her case drew wide attention and sympathy because she was a mother of five children and just 37 years old.  The TV interview earlier this year in which she described having to tell her children that she was going to die touched people all over the country.  It was the spark that lit a raging fire of public anger about failure in the cervical cancer screening service in Ireland.

The failure, involving over 200 women here some of whom are now terminal, was twofold.

Firstly, their smears had been misread and they were given a false negative.  Secondly, when the mistake was discovered later it was kept secret from them, mainly due to a disagreement between the screening service and their individual doctors over who had the responsibility to tell them.

These two failures were conflated by opposition politicians and the media here earlier this year into proof that the whole cervical cancer screening service in Ireland was substandard and had condemned women to death by delaying treatment.  This was both wrong and highly irresponsible since cervical smear screening is at best 80 percent accurate.  False negatives do happen and are not a reason to abandon screening.

Even worse, the suggestion that the failure to tell the 221 women involved had delayed their treatment was simply wrong. They had all been diagnosed with cancer and were in treatment when their earlier false negatives were discovered.

It was the subsequent diagnosis which prompted an audit of their earlier smears to see if anything had been missed.  This is normal practice and is aimed at learning from mistakes and improving the service.

Everyone agrees that it was wrong that the women were not told about the earlier misreadings, even though it did not make any difference to the treatment they were given once they had been diagnosed.  The claim that the women had been given a death sentence by the failure was unjustified.

Instead of moderating criticism with the facts, however, opportunistic opposition politicians claimed that the entire screening service was a failure and called it a national scandal, using it to launch a scathing attack on the health service and the government.   Much of the media joined in with emotive, simplistic headlines.

Some of the most irresponsible accusations were made by Sinn Fein leader Mary Lou McDonald. When the controversy was at its height last May she told the Dail that the Health Service Executive (HSE) had been withholding “vital information – life and death information."

A week later she tweeted that “women’s lives were put in jeopardy by the HSE withholding information on false negative smears."

This was completely untrue for the reasons given above, and like much of the commentary at the time it caused fear and confusion among women around the country and did serious damage to the national screening programs.     To be fair, a number of other politicians were just as irresponsible in their comments at the time.

The controversy began earlier this year, you may remember, because of a court case was taken by a woman with cervical cancer called Vicky Phelan who had discovered by chance that an earlier smear had been misread but she had not been told about it.

This forced the health service to reveal that over 200 women were in a similar situation.  Plus it drew attention to the fact that many smears, like that of Phelan, were being read in American labs rather than in Ireland.

Phelan settled her case for €2.5 million and she was followed by Mhic Mhathuna, who was awarded €7.5 million.  It is unclear yet how these awards will be funded between the HSE and the U.S. labs involved, nor is it clear how much it will impact the health service finances since there are other cases pending.

The revelation that much of the smear reading had been contracted out to labs in the U.S. (because we did not have sufficient facilities to do it here) added to the hysteria about screening and how it was being run in Ireland.  There were calls for a public inquiry (despite the poor record of tribunals here) to reveal the full extent of what had gone wrong.

This lead to the government appointing an expert, Dr. Gabriel Scally, to do a scoping report on the best way forward.  That report was published a few weeks ago and it made clear that a great deal of the hysteria generated earlier this year was unjustified and damaging to cancer screening here.

It was critical of poor management and communications within the health service. It was particularly critical of doctors who had failed to tell their patients about misread smears.  But it flatly denied that the delay in telling women had delayed their treatment after diagnosis.

Scally's report also made clear that the outsourcing of smear analysis to labs in the U.S. was not a cause for concern.  “I am satisfied with the quality management processes in the current laboratory sites,” his report says, contradicting the wild speculation there was here about the work being done on the cheap and to lower standards.

The Scally report was also interesting on what it had to say about the difficulty involved in smear analysis.  Even if some of the women’s smears contained abnormalities that should have been noticed and that the subsequent audit showed up (with the benefit of knowing that these women had developed cancer) this is not evidence that the entire program is defective, the report says.

"This is simply the nature of screening which will always have an unavoidable error rate,” the report said.  As we said above, that error rate is close to 20 percent and that figure is recognized internationally.

Of course, none of this will be much comfort to Mhic Mhathúna's family as they try to cope with her loss.  Her death is a tragedy, particularly for her five children.

But some of the media comments after her death last weekend repeating that her case was "a national disgrace" and that she had been "betrayed by the health service" do nothing for her memory.

What happened to her -- and to all the other 220 women caught up in this controversy -- is a tragedy, just as any parent's terminal cancer is a tragedy for children and families around the country every year.  As we said here before, there may not be misread smears involved to add to the grief in most cases, but the anguish is similar and it has to be borne without massive compensation payouts as families pick up the pieces and continue their lives.

Uncomfortable truths like this need to be accepted rather than simply slamming the health service for its failings, such as they are.  Mhic Mhathúna was a woman of extraordinary courage who would have known that.  It did not stop her fearlessly criticizing what she regarded as a flawed screening system and getting as much as she could to support her children in the future.

She was right to do so.  But tragic cases such as hers should not be an excuse for over-reaction which could cause enormous damage to a key part of our health service.

The fact is that our cancer screening services save thousands of lives here every year (and your correspondent is one of them).

As well as cervical cancer screening there are national screening programs for bowel and breast cancer.   None of them is perfect -- the accuracy for bowel screening is 70 percent and for breast screening, it is 80 percent.

If everyone who had a clear scan and who later went on to develop cancer was to sue, then the health service would collapse.  As we mourn the loss of Mhic Mhathúna we need to remember that.

On Monday, just a day after she died, it was revealed that the two main laboratories who do cervical smear readings for the Irish health service, one in Ireland and one in the U.S., are refusing to sign new contracts unless they are indemnified by the Irish state against future legal claims.