Brexit victory in the UK is a defeat

One of England's brands, if you could call it that, is continuity. As other nations lurch from crisis to crisis, England has traditionally kept calm and carried on. If you think about it this has been true, more or less, for centuries. 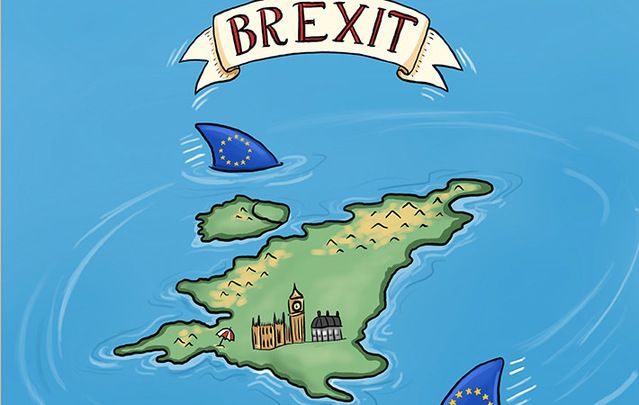 All of us will be forced to take a number as the Brits try to work out what they did and why they did it. But their identity crisis is not Europe's. Getty Images/iStockphoto

One of England's brands, if you could call it that, is continuity. As other nations lurch from crisis to crisis, England has traditionally kept calm and carried on. If you think about it this has been true, more or less, for centuries.

Events out in the wider world kept them occupied of course. For a long time they had to administer the largest empire the world has ever seen.

But even then one had the sense that in London, the seat of empire, all the grandfather clocks kept time and tea was served at 4 p.m. just as it always had been.

Every global conflagration was responded to and eventually absorbed or overcome through the steely self-confidence that comes from bone deep conviction and self-belief. From Eton and Harrow to Oxford and Cambridge to the City and the Houses of Parliament, the path of these formidable empire builders ran smoothly, having been paved by four centuries of their illustrious forbearers.

So it is no small thing to see the custodians of English continuity tear up the very things that made them prosper: stability, a stoic commitment to the wider U.K., an understanding that their economic prosperity was dependent on a deep engagement with the wider world.

The British establishment were once famous for out-thinking all the other global players. They used to have a contingency plan prepared to snatch victory from every looming defeat.

But now they look more like the Roman Coliseum than the Roman Senate, because with their openly backstabbing leaders and their shocking lack of forethought they have led the country to the brink with no clue about how to save when it falls.

Predictably, there are loud self-interested voices in the media reminding us that the Brexit vote was taken and the results are in. Voters chose to leave the EU, they insist, what's done is done, get over it.

These voices are trying to imitate the unquestionable self-confidence of the old establishment, but the truth is they're really just as panicked and stunned as the losing side.

Look at the recent string of high profile resignations. First came Prime Minister David Cameron, then Boris Johnson, then Nigel Farage – all roughly within a week. Victory for the winning side never looked more like a defeat.

Having poisoned their own political well, the Conservative Party is now faced with the prospect of Michael Gove as their leader, a man who has just admitted that what the U.K. now needs is “to renegotiate a new relationship with the EU, based on free trade and friendly cooperation.”

Some sort of union with Europe? If only there were some sort of membership arrangement, whereby all European partners could agree on a set of rules. Like a union, maybe?

Thatcher's most entitled children, the generation of Conservatives in waiting that grew up among the boom for some and the bust for many 1980's, had no consideration for the rest of the U.K. or the EU then and their transparent actions reveal they have none now.

To them there was only Oxbridge and then the City. To them the wider U.K. and EU was a depressed and depressing place filled with their traditional political opponents. So Brexit was simply a public confirmation of a privately held view.

No one in Ireland is going to be terrifically surprised that the top tier of the Conservative Party holds the wider European Union and of course the Republic in contempt. Conservative chauvinism has never been subtle, after all.

Irish people living in the U.K. might wake up to find themselves subject to deportation proceedings soon. Nationalists in the North are discovering that they will no longer necessarily be permitted dual citizenship of the U.K. and the EU. Soon they will be expected to give their allegiance to a monarch, a bridge too far for lasting political stability.

Border checkpoints could also reemerge, a thing that most people thought they had left behind, and all of us will be forced to take a number as the Brits try to work out what they did and why they did it. But their identity crisis is not Europe's.