Brexit: an electric state of affairs

The strange underground noises you are probably hearing right now are created by decent old Henry Ford spinning in his grave because, as a wise Irishman said years ago, the whole world is in a state of chassis. 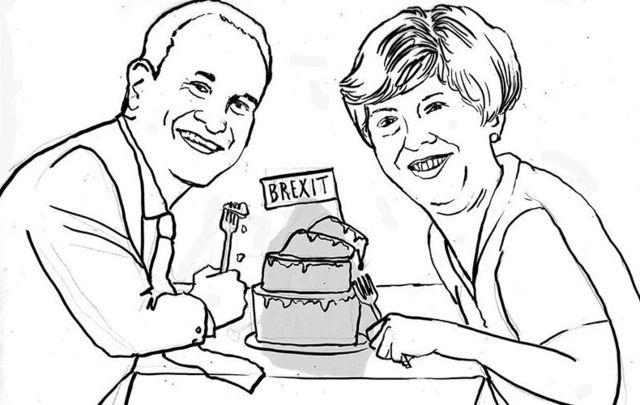 The strange underground noises you are probably hearing right now are created by decent old Henry Ford spinning in his grave because, as a wise Irishman said years ago, the whole world is in a state of chassis.

Maybe it is more accurate to coin a new word for it. What about antichassis?

There is a growing volume of hard evidence globally, accelerating by the day and hour, on both coasts of the Wild Atlantic Way, that the day of the petrol and diesel car, popularized and promoted by Henry, is nearly over.

There is a strident note in the media campaigns of the international car manufacturers which betrays their fear that their long heyday launched by Henry Ford is coming to an end for a host of environmental reasons.

We now know that the recorded emissions from petrol and mainly diesel cars are killing hundreds of thousands of citizens annually around the world. The motor moguls, in their media campaigns, are virtually giving new motor cars away free to try and put the movement into reverse.

Buy one this year, they are telling us in the Emerald Isle, and we will change it for a new model in 2020. I’m sure the same strategy is being adopted across all the marketplaces created by the genius of Ford and fellow pioneers.

Meanwhile, there are more and more electric powered cars on the roads. Some are hybrids over here, using conventional engines to power the changeover to electricity mode.

But more and more models are totally electric. You just plug them in and wait a few hours and away you go, creating no emissions at all, especially in overcrowded urban environments.  That’s the modern way it seems.

Here in Ireland, there is pressure growing for more charging points in every region as the electric fleet rapidly accelerates.  Some of them, it amazes me to learn, don’t even need a human being to drive them through the lethal smoggy streets which world leaders are finally attempting to redress.

A state of chassis indeed as Sean O’Casey stated back in the days when it was the ambition of every family to be able to buy a Ford or a Volkswagen.

But this state of chassis, truly, is far more widespread than on city streets. The Brexit fiasco as John Bull attempts to reverse out of the EU without losing too much face and upper-lip superiority has created incredible happenings here in the past week alone.

Taoiseach Leo Varadkar visits Belfast, for heaven’s sake, and holds talks there with hardline Unionists like Arlene Foster as well as with Prime Minister Theresa May herself. And he safely crosses the border in both directions to get ready to give a banquet in Dublin hours later for May and her entourage.

Meanwhile, our President Michael D. Higgins is on a state visit to London, being warmly received by both flanks of May’s sundered Tory Party and, in what is almost mindboggling altogether, the Fianna Fail leader Michael Martin forges a link with the Social Democrats (SDLP) north of the border in what is, in reality for most of us here, an astonishing united Ireland kind of move on the day on which the original Fianna Fail leader Eamon de Valera used a key smuggled in to him in his Lincoln jail cell to stage a dramatic escape which enabled him to go on from there to make his mark on our uniquely tinctures history.

That key, for what it is worth, was smuggled into Dev’s cell inside a sweet cake! I wonder was it the same kind of cake relished by the British leader at her banquet with Leo in Dublin where, by all accounts, negotiations about Brexit and the Irish backstop were definitely not on the menu. Humble pie maybe was on the side dishes!

In the same timescale, former English leader Tony Blair was accusing some elements of the opposition to his successor’s Brexit deal of putting the Belfast peace agreement at risk and, getting back on the motoring roads again, Prince Philip of Buckingham Palace visited his local police station, it was reported, to voluntarily surrender his driving license after being involved in a traffic accident recently. He is 97 years old, he said, greatly regretted not seeing the other car involved and was sorry all round.  He was not driving an electric car at the time of the collision!

That’s not the half of all the surreal events in this time of chassis. I could go on and on for three pages at least. Just a snippet or two to underline the unrealities.

In the event of a Brexit without a deal with the adamant EU, British plans are in place to evacuate Queen Elizabeth to a safe sanctuary to protect her and her family from immigrant violence on the streets of London.  Dozens of leading British industries are locating their headquarters in the Republic of Ireland as a precautionary measure, and thousands of Irish in all areas of England are renewing their Irish passports lest a breakdown of the existing travel arrangements between the two nations becomes part of the carnage and they are classed as immigrants as soon as this summer.

And, finally for now, there are reports that Donald Trump is likely enough to visit his golf resort in Doonbeg later in the year, after a projected visit to London.  That trip, should it indeed happen, is certain to create an electric atmosphere too!

We’ll leave it there for now.