Mark Thompson's trip to US aims to secure American help to break Northern Ireland's deadlock and get justice for legacy victims' families. 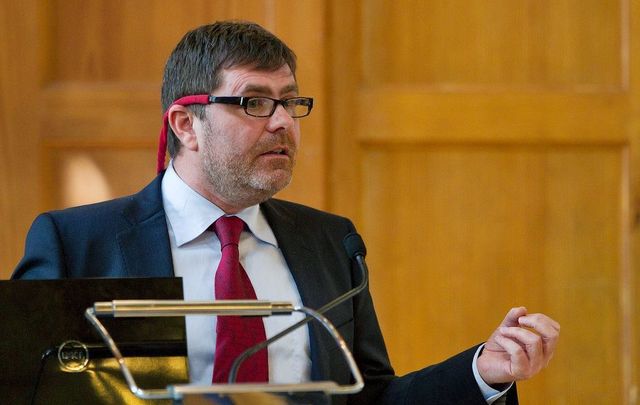 Mark Thompson, the head of the Belfast-based Relatives for Justice Flickr / CAJ NI

Mark Thompson trip to US aims to secure American help to break Northern Ireland's deadlock and get justice for legacy victims' families.

Mark Thompson, the head of the Belfast-based Relatives for Justice group, will travel to the US this week for meetings and public events with the aim of securing American help to break the deadlock and get justice for legacy victims' families in the North.

Terming "American pressure on the British now critical", Thompson’s tour comes just after British Secretary of State James Brokenshire resigned due to health concerns, and the one-year anniversary of the collapse of the Stormont Assembly. A press release from the AOH says that Thompson will appeal for American help at five public events, and in meetings with elected officials.

“Over the past 25 years Thompson and Relatives for Justice, have fought for the victims killed by British crown forces and their loyalist criminal agents, where there seemed no chance for justice,” the press release added.

“Recently Mark Thompson and Relatives for Justice filed a formal complaint to the Police Ombudsman on behalf of the family of American citizen, long time Bronx resident and respected member of New York's Irish community, Liam Ryan, murdered two years after purchasing the Battery Bar in his native Tyrone.

“Now as the British try to give their troopers and constabulary an amnesty while starving inquest courts and Ombudsmen investigators of needed funding, Thompson is making an emergency appeal for American help.”

The tour has the support of a number of Irish American groups, led by the AOH. Thompson will speak on Wednesday, January 10 at the Suffolk County AOH Division 2 Hall, 27 Locust Avenue in Babylon, Long Island at 8 p.m., hosted by New York State AOH President Victor Vogel.

On the 12th, he will be in Rockland County at Hibernian House, 28 Railroad Avenue, Pearl River at 7 p.m.

On the 13th he will visit the AOH hall, 375 Ontario Avenue in Albany, where the Father Murphy award will be presented to Ciaran Geraghty, past AOH New York State Freedom for All Ireland chair.

Thompson's final public event will be at the Quiet Man on the 14th, at 15 North Division Street, Peekskill at 3 p.m., hosted by Dan Dennehy.