Conor Jack, at less than one week old, owns a verified Instagram -- @conormcgregorjr – that already has nearly 63.6k followers. 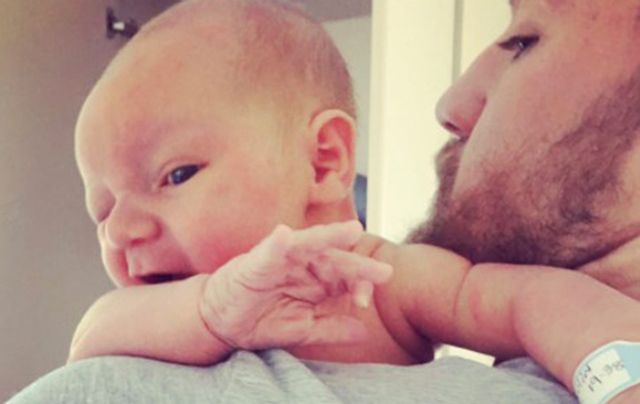 Who's the world’s most followed infant on Instagram? That’s an honor that surely must belong to baby Conor Jack McGregor Junior, who was born last Friday night at the Coombe Hospital in Dublin to dad Conor Senior and mom Dee Devlin, Conor’s long-time partner.

Conor Jack, at less than one week old, owns a verified Instagram -- @conormcgregorjr – that already has nearly 63.6k followers. The baby hasn’t figured out how to post yet, and the tagline says, “Account run by my parents – Conor McGregor and Dee Devlin.”

The little guy was born with plenty of meat on his bones, weighing in at eight pounds, 14 ounces.  “The whole family are absolutely delighted.  We’ve experienced this recently with our eldest daughter and there’s no better feeling in the world than being a grandparent. The parents are absolutely over the moon and everyone is healthy,” Conor’s dad Tony announced to the media.

Dee and Junior are doing great everyone! Thank you for all the kind words, I am one proud and blessed Daddy ❤️ pic.twitter.com/3JqMpLvs9d

The world-famous UFC star Conor took to social media to post a cute pic of his mini-me, who will surely follow his dad to the gym as soon as he can walk.  “We can land the left paw from anywhere. Who wants it,” the proud dad wrote.

What are the odds of little C following big C into the family biz?  Practically a sure thing according to Irish bookies BoyleSports, which is offering 10-11 odds on the likelihood.  Punters also have a chance to bet on the baby becoming a member of the Dublin senior football team (16-1), or doing a baby advertisement (9-1).

Read more: Conor McGregor named as one of TIME’s 100 most influential people