Avoiding an election before Christmas, at any cost, was a must 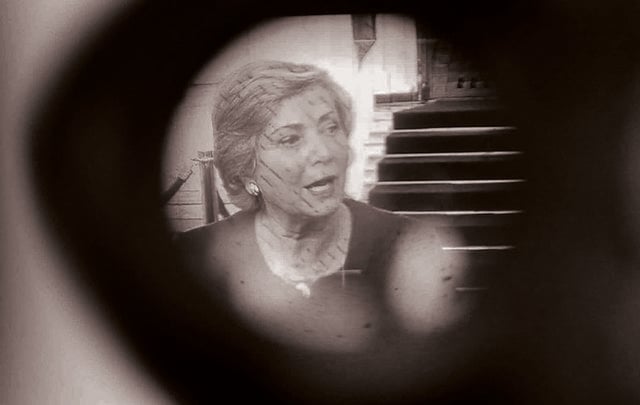 At the last possible moment on Tuesday, a political crisis in Ireland which had been going on for the past week and which would have seen the fall of the government and a pre-Christmas general election that nobody wanted, was averted.  It was a close-run thing, much too close for comfort. The crisis was brought to an end by the Tuesday resignation of the Tanaiste Frances Fitzgerald.  Fianna Fail, Sinn Fein and the Labour Party had all been demanding her resignation for the past week.

She had been mired in controversy for days over revelations about her handling of the garda whistleblower issue and had no credibility left as a minister.  But she was refusing to go and the Taoiseach Leo Varadkar was refusing to sacrifice her to save his government.

Up to midday on Tuesday it had seemed that sense was not going to prevail, and that no way could be found out of the mess.  It looked like a stupid game of political chicken was going to force us into a totally unnecessary election at a critical time for Ireland in the Brexit talks.

If there had been no Fitzgerald resignation before a motion of no confidence in her due in the Dail on Tuesday night, the government would have lost that vote and we would have been forced into an election at an absolutely disastrous time for the country. Fitzgerald's 11th hour decision to do the right thing and resign has saved us from that grim prospect.  But she deserves no credit because she should have done it days ago. 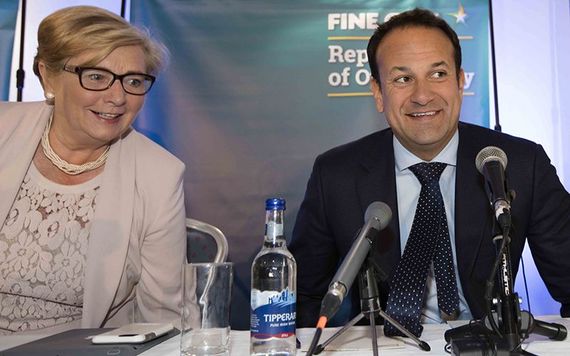 She didn't have a leg left to stand on, and her hubris and posturing as a wronged innocent was embarrassing to watch.  And Varadkar also deserves no plaudits because he should have fired her days ago and his failure to do so raises serious questions about his political judgment.

The background to the crisis lay in Fitzgerald's incompetent handling of the Sergeant Maurice McCabe case while she was minister for justice in the last government under Enda Kenny.

McCabe was a whistleblower in the gardai who was demonized by senior officers for exposing incompetence and corruption in the force.  His life became a living hell, which even extended to bogus accusations of child sexual abuse being made against him by the daughter of a garda colleague. Even though it was known that they were false, these allegations were again raised by the legal team for the garda commissioner in 2015 when a judicial inquiry was looking into the accusations made by McCabe about malpractice within the police force.

Fitzgerald claims she knew nothing about this aggressive and unjustifiable strategy by the commissioner's legal team to undermine and destroy McCabe's credibility.

However, in the last few days a series of emails between senior levels in the gardai and Fitzgerald's officials in the Department of Justice revealed that she had been informed of the smear campaign against McCabe that was underway at the inquiry.   Her reaction was to claim that she had not read the emails at the time and that even if she had, she was precluded from interfering with the legal case being put forward by the commissioner at the inquiry. It was a flimsy defense at best when the first email was exposed a week ago.  But when two other similar emails were revealed last weekend her credibility was completely blown.

Fitzgerald’s public stance all along has been that she strongly supported McCabe's efforts to get justice.  But the emails showed that privately she was either complicit in what was going on or was incompetent. One is almost as bad as the other.  If she was not keeping up with her emails she was unfit to be a minister, but it's hard to swallow this line of defense.  Given how politically toxic the case had become over the past few years, it is simply not believable that a minister for justice would not read any email that referred to McCabe.

At the very least she seems to have been conflicted, partly because she wanted to preserve the standing of Noirin O'Sullivan, Ireland's first female garda commissioner. Her claim that she was precluded from interfering in the inquiry in any way was also less than the full story or satisfactory.   Even if the legal advice from the attorney general was that she could not do so, it should not have stopped her from picking up the phone and telling the commissioner that she was disgusted by what was going on.

She wasn't an innocent bystander when the smear campaign was being waged against McCabe, she was the minister for justice with final responsibility for the police force.

Around the Dail on Tuesday there was a collective sigh of relief after Fitzgerald's resignation because all the politicians (with the exception of Sinn Fein) understood that a pre-Christmas election would have amounted to a self-inflicted act of national sabotage. This is because there is a vital summit meeting of EU leaders in Brussels on December 14/15, just two weeks from now.  This meeting will be of critical importance to Ireland, to the status of the Irish border and our future relationship with the U.K. It has been described as the most important EU meeting for Ireland since we joined Europe back in 1973.

If there is still no guarantee by then that there will be no hard border in Ireland after Brexit, we might even have to use our veto at the meeting to block those talks going any further.  It's that serious, so serious that everyone in the government and in the administration here needs to be completely focused on preparations for the vital meeting.  It would have been impossible to do this if politicians here had been in the throes of a general election.

No matter what they say, everything else goes out the window when there's an election on and politicians are fighting for their own seats.  That applies to senior ministers as much as anyone else.  Instead of devoting all their energies to the complex challenges that lie ahead on Brexit, our politicians would have been completely distracted if there had been an election.

The reason the December summit meeting between all the heads of government in the EU is so important for us is that it will decide whether enough has been done to allow the Brexit negotiations to progress to the next stage which involves the future trade relationship between the EU and the U.K. The three requirements for that to happen laid down by the EU are what they call "sufficient progress" on EU citizens' rights, the

What's next for the Brexit divorce bill and the Irish Border?

The first, on reciprocal rights for EU citizens living in the U.K. and U.K. citizens living in Europe, has been more or less agreed.  The negotiations on the second, on the bill that the U.K. will have to pay the EU as it leaves, are also progressing with the British said to be doubling their offer to £40 billion on condition that the talks move on to the next phase immediately. The third strand, the Irish border, has seen no progress whatsoever.  Exactly how a hard border between north and south is to be avoided is still unknown.

There has been a great deal of talk on all sides about how no one wants a hard border and that it would be disastrous for Ireland, with serious economic, political and even security consequences.  But a lot of this talk is no more than wishful thinking out loud. The reality is that when the U.K. (including Northern Ireland) leaves the European Union there will have to be a border with the south of Ireland which remains within the EU.  You can call this border hard or soft, but it will have to be real and it will have to function effectively if the integrity of the EU is to be protected.

The Irish government has made it clear that it will not tolerate the imposition of a hard border under any circumstances.  It sees this as a problem that Britain created by voting to leave the EU and that it is therefore a problem that Britain must solve.  And it has made it clear that it is willing to use the Irish veto at the upcoming summit to stall the Brexit talks unless the British come up with a credible solution before then.

The danger we face is that the other EU heads of government (who are all sick of the U.K. at this stage) might be tempted to give the go-ahead if Britain comes to the summit and puts enough money on the table.  There will be a huge hole in the EU budget after the U.K. leaves, so the £40 billion that is supposed to be on offer from the U.K. will certainly be tempting.

And that temptation might be strong enough for them to gloss over difficulties about the Irish border and give the go-ahead to move on to the next stage of the Brexit talks. If that happens it might be necessary for Ireland to use its veto.  The EU decision has to be unanimous, so we have the power to stop the Brexit train on its tracks.   Doing so would have all sorts of consequences for us and will be avoided if at all possible.

That means that the next two weeks before the summit will be a period of intensive complex negotiating.  That is why the last thing we needed right now was an election.  And that is why Fitzgerald had to resign.