Why does the lead actress in "The Irishman" only get a single line?

Fans of the Oscar-winning actor Anna Paquin were disappointed that the Martin Scorcese movie, "The Irishman," didn't provide her character, Peggy Sheeran, with more lines. 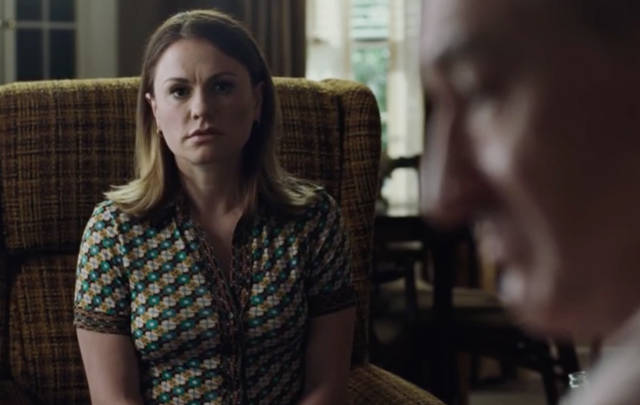 Fans of the Oscar-winning actor, Anna Paquin was disappointed that the Martin Scorcese movie, "The Irishman," didn't provide her character, Peggy Sheeran, with more lines but she's not bothered.

Anna Paquin won herself an Oscar when she was eleven years old, thanks to her co-starring role in "The Piano" which landed her the Best Supporting Actress statue in 1994.  She’s had a bunch of acclaimed roles since then and is billed as the lead actress in Martin Scorsese’s current tour de force "The Irishman."

But it’s a sure bet that if Anna is at the Oscars this year, it’s not gonna be thanks to Scorsese’s imagining of her character Peggy Sheeran, the daughter of Robert De Niro’s lead hitman Frank Sheeran.  Peggy’s got a whopping single line in the film, and about ten minutes of screen time, which has enraged some folks who’ve seen the film in its very limited theatrical release prior to its Netflix premiere on Thanksgiving Eve.

Twitter, of course, is today’s preferred outlet to spew outrage, and there’s been a bunch about Anna’s role in "The Irishman."

Read more: The real tragedy of The Irishman’s tale - the Irish women

“#AnnaPaquin gets only one line in @TheIrishmanFilm. What was the point of casting her let alone creating the part to begin with?! #TheIrishman #MartinScorsese #Scorsese,” one tweeter vented.

And another: “This annoyed me about The Irishman. Anna Paquin is such a great actress, I was waiting for her to speak more than a line and...it didn’t happen.”

Poster for The Irishman.

Viewers of the movie shouldn’t cry for Anna, this is according to the actress herself.

“Nope, nobody was doing any ‘ordering,'” Paquin wrote on Twitter, responding to a theory that she was ordered by Scorsese not to speak. “I auditioned for the privilege of joining the incredible cast of The Irishman and I’m incredibly proud to get to be a part of this film.”

In case you haven't seen it, here's "The Irishman" trailer: