Adam Clayton on U2 going on tour without Larry Mullen Jr. and past troubles

In a recent interview, Adam Clayton said the prospect of going on tour without Mullen, who is suffering from injuries related to repetitive motion, was "hard to face". 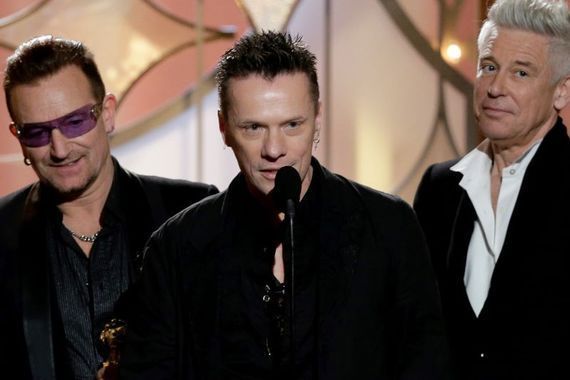 Could the time come when U2 hits the road again without drummer Larry Mullen?

It seems inconceivable given that the four band members have been together since 1976, but last month Mullen told The Washington Post that years of drumming have taken a toll physically and that he needs surgery to carry on, meaning that if U2 did tour next year, he “probably” wouldn’t join in.

“You only do this if you’re having the best time,” Mullen said. “And not everyone is going to make it because the price is so high. So I think the challenge is for more generosity. More openness to the process. I am autonomous and I value my autonomy. I don’t sing from the same hymn sheet. I don’t pray to the same version of God. So everyone has their limits. And you only do this if it is a great time you’re having, you know?”

Adam Clayton, the band’s bassist, said that losing Mullen would be “hard to face,” but the band isn’t at the point where it has to confront personnel realities.

“If it were something we had to face, I imagine you would do what needs to be done, but it wouldn’t be a decision we would take easily or comfortably. But I don’t think that’s the decision we’re facing at the moment,” Adam told Ireland’s Sunday Independent.

“I think Larry has some significant injuries from a repetitive motion – something that drummers are susceptible to, and sportspeople – so I think he wants to mind himself and take some advice and find out what’s the best thing to do.”

Adam is looking fit as a fiddle these days, happily married with a young daughter and splitting his time between London and Dublin.  He was talking to the Independent to promote a new RTE documentary he hosted on the Anglo-Irish artist Francis Bacon.  He also opened up about other subjects, including his wild child days in U2 – at one point Adam had a drug problem that caused him to miss a performance as he passed out from too much booze and chemicals.  Bono touched upon the incident in his new memoir, Surrender.

“I’m extremely lucky that my colleagues, and friends, and collaborators, recognized the extent of my difficulties and problems and they supported me,” he recalled.

“They did what they had to do, which was, they performed the gig. I really…it is the worst moment in my life and it’s actually still quite difficult to talk about, so I’m doubly grateful that when Bono talks about it in his book, it’s with huge compassion and sensitivity.  It could have taken everything from my life that I loved and fought for and worked for, and I’m glad I learned from it.”