A week of Irish culture in the Catskills

The mountains are calling the trad tribes to East Durham once again for the 23rd annual Catskills Irish Arts Week (CIAW) held in the hamlet that remains the center of the Irish American universe in upstate New York -- well, for at least one Brigadoon-like week every summer. 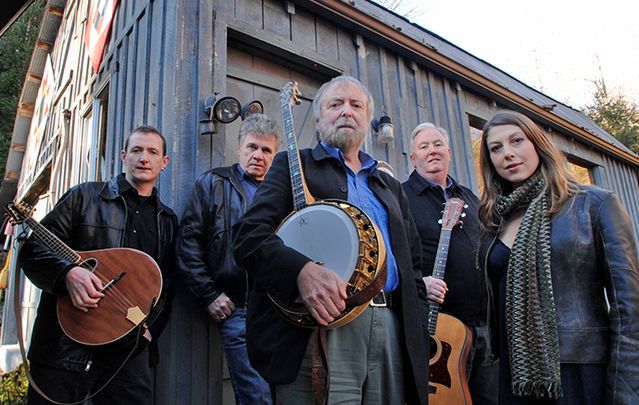 The mountains are calling the trad tribes to East Durham once again for the 23rd annual Catskills Irish Arts Week (CIAW) held in the hamlet that remains the center of the Irish American universe in upstate New York -- well, for at least one Brigadoon-like week every summer.

During the week of July 9-15 in Greene County in the northern Catskills, hundreds of students and fanatical fans of traditional Irish music and dance will base themselves around the area soaking up the 24/7 bacchanal in the town’s inns and roadhouses.

And people will come from all across the U.S. joining the tri-state denizens of New York, New Jersey and Connecticut who historically have gone to the Irish Alps for a cultural transfusion and the cooler mountain climes from May to October.

So once again East Durham will be the Mecca of the trad-osphere, luring fellow travelers who revel in honing their skills learning and listening to some of the finest talent to be found in the scene.

This year 57 teachers are on staff, mostly teaching music and dance, but a few are doing related crafts or doing the important work of working with the youngest children in the Tir Na Nog program. Over 100 classes will be offered in the only summer school in the U.S. to be held in a real Irish village with the faculty drawn from Ireland, the U.S. and Canada.

The most popular instrument in terms of student numbers has always been the fiddle, and there are eight teachers of varying styles to satisfy the demand. From Ireland comes Nollaig Casey, Ciaran O Maonaigh and Jesse Smith (transplanted from Maryland) while Willie Kelly, Patrick Ourceau, Dylan Foley, Sean Cleland and Bernadette Fee round out the veteran staff. Four teachers are on offer for the flute led by Kevin Crawford, Larry Nugent, Sean Gavin, Deirdre Corrigan and June McCormack, who with her husband Michael Rooney are returning to the CIAW from Sligo after an eight-year hiatus.

The accordion is another popular instrument, and four tutors are on tap this year starting with the venerable Billy McComiskey, the 2016 recipient of a National Heritage Fellowship for which he will be honored during the week. Patty Furlong, Dan Gurney and another Irish transplant from Boston, Colm Gannon, will teach also, and Mirella Murray of Cherish the Ladies handles the piano accordion lessons.

Tin Whistle classes feature Mary Bergin, returning for her 21st year at the CIAW along with Joanie Madden and Linda Hickman, and piano accompaniment will be shared with Brendan Dolan and Kathleen Boyle. The uilleann pipes are well-catered for this year, with the CIAW and Catskills maven Benedict Koehler a staple and two guests from Ireland in Kevin Rowsome, a grandson of the legendary Leo Rowsome and Caoimhin O Fearghail, a multitalented young Waterford piper, adding to the mix.

Two more guest artists from Ireland form the concertina corps -- Caitlin nic Gabhann, who has appeared a number of times, and Brenda Castles, here for the first time along with a local teacher, Doug Barr.

The guitar workshops have three fine teachers in Pat Egan (a fine singer as well), Josh Dukes and John Blake, a very popular and prolific musician in Ireland for his accompaniment on guitar and piano and his flute playing. He is transplanted from the London diaspora. Don Meade, who served as the artistic director of the CIAW for the first five years and has been back every year since, is teaching harmonica and banjo. Pauline Conneely is also teaching banjo and Mary Coogan the mandolin.

The bodhran classes are in the hands of Brian Casey, Josh Dukes and Myron Bretholz. The harp classes are being taught by Iris Nevins and the aforementioned Michael Rooney, who since leaving the Catskills has become one of Ireland’s most pre-eminent composers with his latest orchestral suite, Macalla 1916, performed last year at the Barbican Center in London and the RDS before the families of the 1916 volunteers and throughout Ireland.

There are two singing teachers for the week with Grace Toland, a Donegal native coming over from Dublin where she is the executive director of the Irish Traditional Music Archive in Merrion Square. The other is Mairin Ui Cheide from Connemara by way of Boston who will teach in Irish and English. Micheal O’Maille will teach an Irish language class. Lorraine Hickey, Donna Long, Laura Byrne, Annemarie Acosta, Regan Wick, Laura Travis and Doug Barr are all attached to the beginners and youth programs within the CIAW.

Sarah McLoughlin is teaching Irish knitting and the impressive painter from Kanturk, Vincent Crotty will be on hand again to share his vivid artistic talents.

There is a first-rate faculty for dancers as well with the dean of the Irish step-dancing community in New York, Donny Golden, teaching contemporary step-dancing. Kieran Jordan has made great strides in fostering the sean nos style of step dancing in the northeast, and it has become a very important part of the dance curriculum and performance sparking new choreography.

One of Ireland’s leading set dance masters, Padraig McEneany, returns to teach new sets and keep the dancers on their feet at the weekly ceilithe. Bridie and Jon Dal Pizzol will also be on hand to put people through their figures and housing around. New this year is a Celtic tap improv class taught by Niall O’Leary.

The classes will be graded for levels of experience when possible and function best when students are realistic about their capabilities. There will music sessions also geared towards abilities, with most of them being open opportunities for students to mix with teachers all week, save for the listening room sessions. They are meant to be primers on how the pros approach sessions with a touch of the unexpected as new partners are thrown together.

The week has five ceilithe on the weeknights with live bands from 9 p.m. to midnight in the Shamrock House except for Wednesday night when all the dance teachers collaborate for the “Great Barn Dance” from 7-9:30 p.m. on the Quill Center Festival Grounds. The nightly concerts (7:30-9:30 p.m.) in the Quill Centre Pavilion are sublime and usually one of the highlights of the week. They occur Monday, Tuesday, Thursday and Friday nights with Joanie Madden and Cherish the Ladies ending the relay of fantastic artists on Friday night as the CIAW draws to its penultimate night.

Enhancing the CIAW this year for only the second time is Dr. Mick Moloney, who inspired the idea of a weeklong summer school of Irish music down in Elkins, West Virginia well over three decades ago. He then ran it for 25 years with the Augusta Heritage Center at Davis and Elkins College. He has four afternoon lectures and interludes with topics like the Flanagan Brothers, the Great Irish Famine in song and poetry with Vincent Woods and Rebel Hearts down in Australia. He will also be performing during the week with his Green Fields of America ensemble now in its 40th year.

His compatriot and fellow musicologist Dr. Dan Neely will share his research on Irish music in Boston from 1890-1930 as well as host five lunchtime chats at the Tailteann House alongside the office of the Michael J. Quill Irish Cultural and Sports Centre. The classes end formally on Friday afternoons, and the last day, Saturday, has only one event but it is a massively impressive display of traditional Irish music and dance and certainly the largest gathering of artists in that genre in North America.

The East Durham Trad Fest as it is called now officially brings the week to an end with a day-long festival from noon to 6 p.m. on the Quill grounds where virtually all the artists convene and perform for the last hurrah. There is a final ceili in the dance pavilion with the supersized Pride of Moyvane ceili band and their many friends.

The Saturday festival is ideal for those who are unable to escape for the week of the CIAW and see a distilled version of the talent that performed and taught all week, for a reasonable $20 on the day.

Outside the classes, the evening concerts and ceilthe require admission at the door for nominal rates. For more, visit www.catskillsirishartsweek.com or call artistic director Reidin O’Flynn at 518-634-2286. Hope to see you in the mountains and if we should meet be sure to say hello.