What does "Irishness" mean in 2018? Exploring being mixed race and Irish

Do a lot of us, North Americans in particular, have outdated mental images of Ireland as a land where everyone has red hair and freckles, wears Aran jumpers, and plays the fiddle? 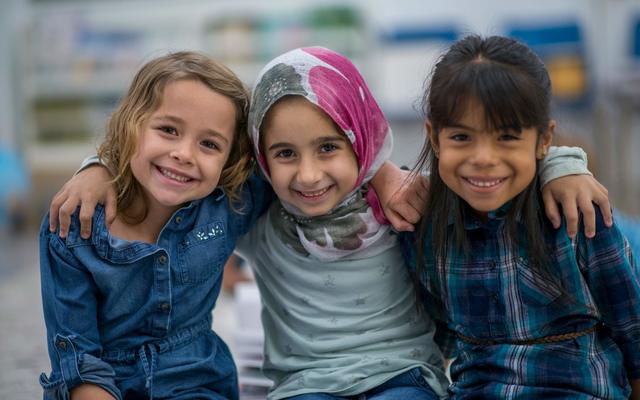 What does “Irishness” mean at the end of 2018? Do a lot of us, North Americans in particular, have outdated mental images of Ireland as a land where everyone has red hair and freckles, wears Aran jumpers, and plays the fiddle?

Does our concept of what it means to be Irish need to be challenged at a time when the population of the island is far more diverse than ever before?

And do the people of Ireland need to wake up to the fact that racism is a reality for many people across the country?

These were the themes explored during a lively panel discussion in Galway, the most diverse city in Ireland, on Thursday night to coincide with the staging of an exhibition called #IAmIrish which has already appeared in London and New York.

The panel included a South African asylum-seeker who lives in a Direct Provision center, a gay Traveller who happens to be a stand-up comedian, the Irish mother of five mixed-race children, and a half-Pakistani Galway man who experienced racism in school.

According to mixed race woman Lorraine Maher, who grew up in Co Tipperary, black people have largely been “whitewashed” out of Irish history and there is a real need for people from minority groups to tell their stories.

Lorraine, who eventually moved to London, said she had no black role models during her childhood in Carrick-on-Suir. She set up the #IAmIrish exhibition with photographer Tracey Anderson to study the lives of 22 mixed-race Irish people.

“I could not find anybody who looked like me,” she said. “I felt I had two split identities, black and Irish. Part of me was the good Irish girl who took all the racist jokes, didn’t challenge people, and was told I was over-sensitive whenever I did. When I come home to Ireland, I still feel less of a person.”

She said that she did not have access to her black family during her childhood in Co Tipperary, which meant that her Irish heritage was the only heritage she had.

Maher decided to put on the #IAmIrish exhibition after questioning why black role models such as rocker Phil Lynott or singer Samantha Mumba rarely featured in images of famous Irish people.

“These people are no less Irish. I wanted to find people who were proud of being Irish. We are part of black history, but we are also part of Irish history and I am sick of being whitewashed out of the Irish story,” she told the capacity crowd at the Galway Arts Centre.

“There’s this opinion in the United States, in particular, that everybody in Ireland is wearing an Aran jumper and playing the violin. People ask us why we are trying to take over Ireland or why we are trying to dilute it. They don’t understand that I’m from Ireland. There is still so much work to be done.”

She said it was important to have a conversation about “Irishness” to coincide with the exhibition and was delighted to invite a group of teenagers to take part in a spoken word performance which looked at their experiences of racism in Galway.

It was an honour to witness the amazing #IAmIrish event tonight in Galway, with a wide range of people telling their own authentic stories; to paraphrase the far more eloquent @BulelaniMfaco “if diversity is just a box you tick, it’s worthless” pic.twitter.com/eNwoM7s65y

Comedian Martin ‘Beanz’ Warde spoke of his difficulties as both a Traveller and a gay man, including difficulties within his own community.

“Because I am white, people think I cannot experience racism,” he said. “People in Ireland don’t realize what racism is. Discrimination is discrimination, regardless of who it is against. I think the fact that we are all different makes us all the same and we all have a beating heart.

“People say that Travellers are not different in order to justify their own behavior. I have been refused entry into bars based on the name on my passport, even though I have never been violent in my life.”

Joseph Loughnane, whose mother is from Pakistan, said it was important to have a Traveller on the panel given that 300,000 Irish people voted for a presidential candidate who made “horrible, racist comments” about the Travelling community this year."

This year is the first year we accepted we are a racist country,” said Loughnane, who helped to set up the Galway Anti-Racism Network two and a half years ago.

Asylum-seeker Bulelani Mfaco, who fled South Africa at a time when gay people were being murdered, said he experienced two types of prejudice in Ireland.

I went to bed thinking about #IAmIrish. It was great to see so many people interested in exploring Irish identity. The lives of children of interracial couples could be better. People should stop questioning sense of belonging. That causes a lot of damage on children

“I did not expect to be called a ‘n*****’ when I came here,” he said. “I would expect that in the USA. You are importing racism! If you are importing racism, at least try to be original! If you speak to people who were born in Ireland and are black, these experiences of being racially abused are not unique to me. Racism is a problem.”

Bulelani was shocked by the opinion of some Irish people that asylum-seekers were “welfare scrooges”.  He asked whether people really believed he would flee his country to live on €21.60 a week to live in a center where he had to live with homophobic people and could not cook for himself.

"Nobody lands at Dublin Airport and asks for €21.60, they ask for protection" in Germany the application process is 90 days here you can be 10 years in direct provision @BulelaniMfaco #IAmIrish #EndDirectProvision

"People ask me how I’m getting on in Ireland,” he said. “I say, excuse me, you have put me in a Direct Provision center where I never actually get to meet Irish people. Do you really think that I came all this way so that someone, paid by your taxes, decides for me what I get to have for breakfast, lunch, and dinner every day?”

A white Irish mother of mixed-race children said her whole life had been enriched by the Jamaican community she befriended when hard times in Ireland forced her to seek out a new life in the United Kingdom.

A 56-year old Galway woman, who happens to be mixed-race, told the crowd that she was tired of being treated as an outsider in her own country.

"There’s such a focus on migration at the moment,” she said. “I am tired of being told to get back to where I belong in the country I come from. I am 56 years of age and I was born here.”

“Dear Ireland, what I want you to know is that we need to be more compassionate”! This was so powerful. Thanks @galwayantiRN @JoeLough for organizing! #IAmIrish #StopRacism #DiversityandInclusion pic.twitter.com/74fPnp0eg8

A Nigerian man in the audience said he had been dealing with racism all of his life, but he felt the issue was not as bad in Ireland as in other European countries such as France and Germany.

He found that, in general, Irish people remembered their roots and their history of having to migrate to other countries in search of better lives.

“There’s a phenomenal compassion in the hearts of Irish people that we need to tap into,” he said.

#IAmIrish aims to provoke thoughts around identity, heritage, and belonging. You can find out more at http://iamirish.org/

Ciaran Tierney won the Irish Current Affairs and Politics Blog of the Year award at the Tramline, Dublin, in October 2018. Find him on Facebook or Twitter here. Visit his website here - CiaranTierney.com.