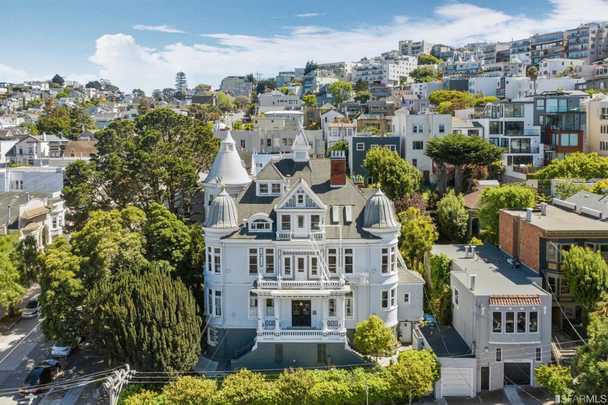 From gold-rush to longshoreman and clerk to the Chief of Police, Alfred E. Clarke's mansion, which he never lived in, is on the market for $5,850,000.

Alfred E. Clarke's Mansion, in the Eureka Valley, is on the market for $5,850,000. The eye-catching wonderfully preserved 15-apartment building and cottage is part of the legacy of an Irishman who came to the United States as a cabin boy in 1850.

Known as Caselli Mansion (due to its address), Nobby Clarke's Castle, and Nobby Clarke's Folly, it was built in 1891 by Alfred "Nobby" Clarke, it has been a hospital and is now an apartment building.

Clarke arrived in San Francisco from Ireland, aboard the American ship Commonwealth, as a cabin boy in the fall of 1850. The young Irishman sought to make his fortune in the Gold Rush but soon fell back on a job as a longshoreman.

In 1856 Clarke joined the police force in the wake of the San Francisco Committee of Vigilance militia groups and the heightened need for policing. In 1887 he resigned from his role as clear to the Chief of Police having amassed a fortune of $200k, which some say was through "dubious" means.

Clarke bought 17 acres of land in the Eureka Valley where he built his mansion, known at the time as "Clarke's Folly". The house cost around $100,000 to build in 1892.

Interestingly the Clarke family did not live in the house for long. His wife had declined to live in the then largely rural area, preferring to remain on Nob Hill.

However, the house caused a great deal of hardship despite not being the family home. Clarke became engaged in an expensive legal feud with a neighbor over water sales.

Soon after completing the house, Clarke lost his fortune in a nationwide economic depression. In 1892 he declared himself insolvent after signing his real estate holdings over to his wife and a friend in an attempt to conceal them. He then brought a series of unsuccessful lawsuits against the city and his creditors and was repeatedly jailed before dying at age 69. He lost the house in 1896 when he defaulted on the mortgage. 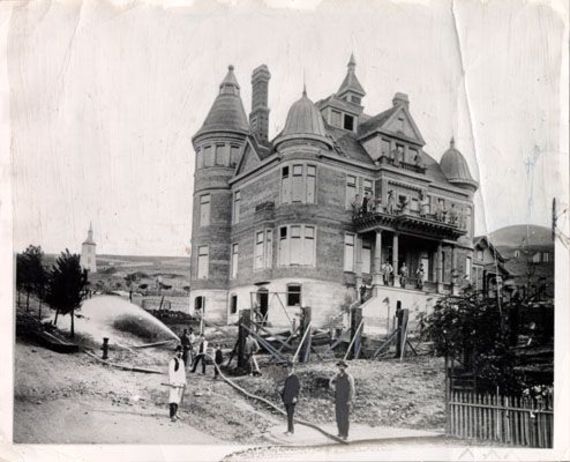 Alfred E. Clarke's Mansion under construction in the 1870s.

By 1904 the building was the "California General Hospital," advertised as "an elegant and commodious hospital" with large grounds, no other buildings in the block, and "sheltered from the cold west wind."

In 1909 it became the Victor Apartments, the first apartment building in the neighborhood, with 14 units. In World War II, it was a rooming house for Standard Oil Company employees before it became apartments, as it is today.

"Three two bedrooms, 5-studios, 7-one bedrooms, a stand-alone cottage, and a 1-car parking garage. The cottage unit has its own separate."

As SFGate put it, "If only Nobby could see it now."