Irish woman who shot Mussolini to receive plaque in Dublin

A plaque to commemorate Violet Gibson, who shot Benito Mussolini in Italy in 1926, is set to be erected in Dublin. 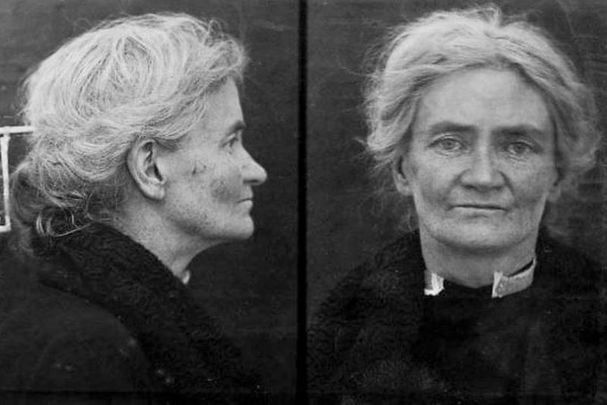 A police photograph of Violet Gibson taken after her arrest for the attempted assassination of Benito Mussolini in 1926. Public Domain / Italian Ministry of the Interior

Violet Gibson, the Irish woman who shot Italian fascist Benito Mussolini in the face in 1926, is set to be commemorated with a plaque at her childhood home in Dublin.

In his motion presented in December, Flynn requested “that this committee of DCC support the erection of a plaque to commemorate and honour the actions of Violet Gibson who shot Mussolini wounding him in 1926.

“Born in Dalkey and raised in Merrion Square, Violet Gibson was a committed anti-fascist.

“After Gibson's failed attempt, she was set upon by Mussolini's supporters, and would likely have been lynched had the police not stepped in and arrested her.

“She suffered various cruelties and indignities within the fascist prison system, and was then deported to England, sparing the Italians the embarrassment of a public trial. Her family had secretly arranged to have her committed to an asylum – St. Andrew’s Hospital in Northampton, where Lucia Joyce, James Joyce's daughter, would later be committed.

“Despite repeated pleas for her freedom, she spent the rest of her life in St. Andrew’s, dying in 1956.

“It suited both the British authorities and her family to have her seen as "insane" rather than as political.

“It is now time to bring Violet Gibson into the public’s eye and give her rightful place in the history of Irish women and in the rich history of the Irish nation and its people.”

The Commemorations and Naming Committee approved the application for the erection of a Dublin City Council Commemorative plaque to commemorate Violet Gibson, subject to the approval of the owners of the building being given.

According to RTE, the aim is to have the plaque dedicated to Gibson erected at her childhood home of 12 Merrion Square in Dublin. If the current owners of the property do not consent, the plaque could be placed on an adjoining property.

Violet Gibson’s upbringing was one of privilege. Her father was made 1st Baron Ashbourne and went on to serve as Lord High Chancellor of Ireland from 1885 to 1905. She grew up dividing her time between Dublin and London, and at the age of 18 was a debutante in the court of Queen Victoria.

By 1922, she had had a nervous breakdown and was committed to a mental asylum having been declared insane. Two years later, along with a nurse named Mary McGrath, she traveled to Rome where she lived in a convent. By this point, she was convinced that God wanted her to kill someone as a sacrifice. 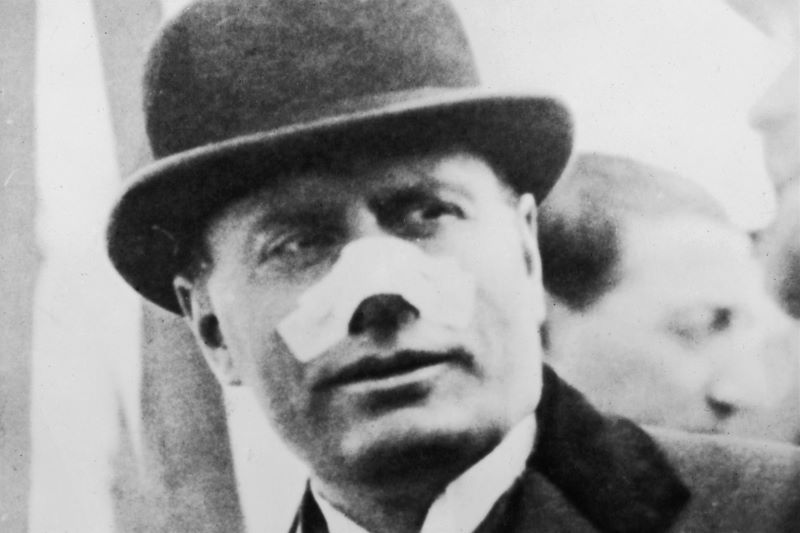 May 13, 1926: Benito Mussolini leaving for Tripoli. His nose is bandaged after an assassination attempt on 26th April by Violet Gibson, who shot him with a revolver at close range. (Getty Images)

Later, he said that while he was ready for “a beautiful death” he did not want to die at the hands of an “old, ugly, repulsive" woman.