No-deal Brexit would leave Irish trade most vulnerable in EU

Ireland could be affected most of all the EU countries in the wake of a no-deal Brexit. 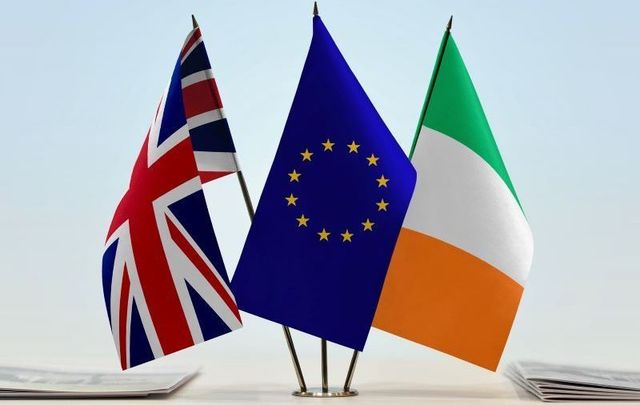 No-deal Brexit will have an impact on Irish trade Getty

Irish consumers could be faced with hefty tariffs in the wake of a no-deal Brexit, says the New York Times

Brexit is just over a month away and with no formal Withdrawal Agreement in place, the fallout could be perilous.

Read More: British stockpile food in "Brexit Boxes" in fear of no deal

The New York Times reports on a no-deal Brexit’s potential impact on other European countries and, not surprisingly, the country most affected is Ireland.

Aside from the ongoing stalemate regarding the Northern Irish backstop, the Irish economy could take a hit following Brexit, especially if March 29 arrives before a deal is put into place.

If a no-deal Brexit goes ahead next month, the European Union and Great Britain will default to tariffs that are dictated by the World Trade Organization (WTO).

Ireland, the New York Times reports, is the most vulnerable: “Ireland is the most exposed to tariffs and changes in trade.”

“Nearly 14 percent of its exports go directly to Britain, and the majority of all of its trade passes through the country at some point.”

“In addition, two of its top exports – meat and dairy products – face some of the highest tariffs.”

“Any price increases from tariffs are likely to be absorbed by consumers, and for some goods – meat, dairy and tobacco products – tariffs are upward of 15 percent.”

The New York Times also reports on findings from the Economic & Social Research Institute which showed that all of the remaining EU countries, Ireland would have the largest fall of exports given their share of trade with Britain.

Regarding banking, the UK is considered "the most developed financial center in the European Union ." A 2016 study by Bank for International Settlements found that Ireland has the second highest share of lending by banks located in Britain, right after Malta. A no-deal Brexit could threaten that relationship.

However, the New York Times points out: “Cities like Frankfurt, Dublin, Paris, and Amsterdam will benefit from the thousands of jobs that are expected to shift from Britain. Germany and Ireland have been popular for activities like banking.”