Women "suffer the effects of gendered power dynamics" in the Irish trad music scene, according to research published in the journal Ethnomusicology Ireland. 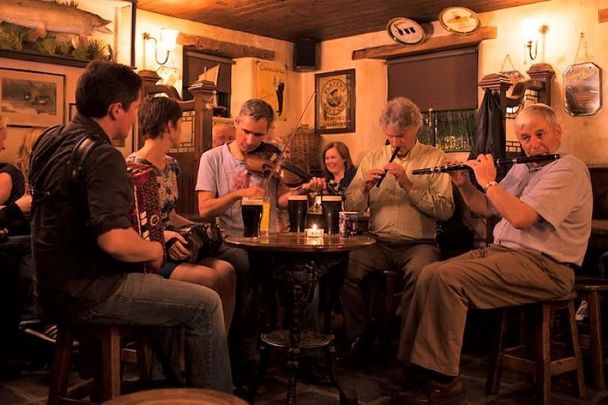 Experiences of sexual assault, harassment, and violence were reported as part of a study on gender in the Irish traditional music scene.

“The research demonstrates that the mechanisms and structures of the Irish traditional music scene continue to privilege the contribution of men," Monaghan's article states.

Monaghan explained how the research was initiated: “In November 2017, I began work on a performance piece in response to my own experiences of sexism and misogyny, particularly in Irish traditional music, in the course of over twenty years of participation as a musician and sound engineer.

“While working on the piece, I encountered many individual stories from peer musicians that alone could not support general conclusions, but taken together warranted examination.

“I noted that some people were afraid to share their experiences for a range of reasons, including fear of backlash, consequences for their career, rejection by the community, respect for the tradition and accusations of bringing the tradition into disrepute.”

Monaghan crafted an online questionnaire consisting of two open-ended questions and posted a call out for participants on social media. 123 submissions were ultimately received, of which two were later withdrawn by the respondent, resulting in 121 responses from 83 people.

83 percent of respondents identified as female and nearly a third of the respondents fell into the 25-34 age bracket. 49 percent said they were both singers and musicians, as opposed to one or the other, or neither. 63 percent said their experiences occurred in Ireland.

Monaghan found that the respondents’ experiences of gender affecting participation in Irish traditional music can be understood in relation to two themes, each of which has sub-themes:

Pointing to an example of "a general power disparity affecting women's participation, which is at times deliberately exploited," Monaghan featured this story from a female expert musician and singer in the 35-44 age bracket:

"When…invited me to his house to discuss my participation in a festival that was upcoming that he was part of the programming board, as a young singer I was thrilled. He started the evening with talks about my singing and songwriting and commended by efforts in certain areas. At about the time that I was due to leave (he was my lift back to a bus back to the city), he had gone to his room got changed into a bathrobe, and tried to get me to take a bath with him. He would have been nearly as old as my father at this stage and I was a very confused young aspiring musician as to how the evening had taken this type of turn. I asked to be taken back to the bus which he refused. He tried to take advantage of me in many ways that evening and when I refused on all accounts he got silent and passive aggressive. He didn't offer me anywhere to sleep apart from his own bed as the last bus now was gone, and I waited until the morning sitting on his couch until he silently drove me back to Dublin. He never offered me a spot on that bill and after telling the story to another female musician at the time she admitted that many women including herself had slept with this predator in order to get on festival bills."

Monaghan further added that "eleven responses recounted a sexual assault, and sixteen sexual harassment" and that "twenty one responses contained a sexual innuendo or comment, and thirty-one evidenced the general objectification of women.”

“Overheard a guy addressing my band members in a neighbouring dressing room: ‘So which one of ye is banging the fiddle player?’ I don't even know where to start with how humiliating that is.”

"Additionally," Monaghan continues, "respondents reported bullying, experiencing a ‘boys’ club’ or ‘laddish’ behaviour, and in some cases a veiled threat, or apprehension about challenging a man’s behaviour in an Irish traditional music context.”

Monaghan does note that her research was met with some resistance. One respondent of an undisclosed gender between the ages of 55 and 64 said: “I think your movement is absolutely laughable! Every well-known band has been fronted by a woman and indeed these bands have been the starting point of careers!.... If women want to be acknowledged more as instrumentalists then practice more and stop throwing tantrums!! There is no gender problem in trad! At least there wasn't until you created one!”

That same respondent added: “What your (sic) talking about is a generation problem in Ireland! A way people think and talk! But that has nothing to do with music! Grow up and stop ruining what is supposed to be fun.”

Gender issues in the Irish traditional music scene are further explored in Issue 7 of Ethnomusicology Ireland, the peer-reviewed journal from The International Council for Traditional Music (ICTM).