Tega Agberhiere will be heading to Western Texas College to study and play football. 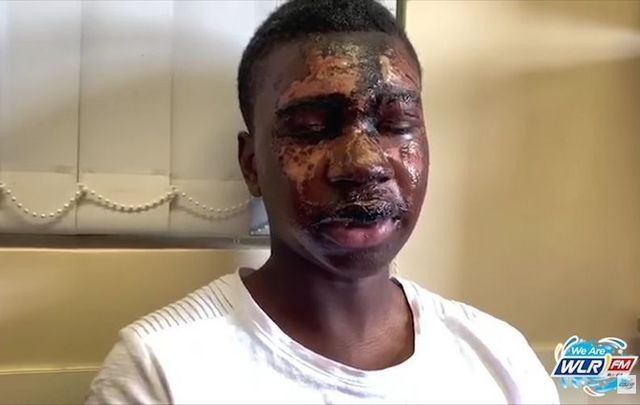 An Irish teenager who suffered brutal injuries in an acid attack last year has won a scholarship to play football at an American college.

Tega Agberhiere, 17, from Co Waterford, will be heading to Western Texas College in the US to study and play football (in the US, soccer), a remarkable recovery from a shocking and gruesome attack over a year ago.

Agberhiere made his return to the Waterford United FC under-19s team in February this year after his inspirational recovery from the attack and he has now secured the latest move in his promising career by winning a scholarship in the US.

The Irish teen told WLR FM that his acceptance to Western Texas College is "the American dream:"

On this tough night, here’s a joyous story: Tega Agberhiere TO TEXAS! The superb young Waterford footballer is heading to college in US in January on a scholarship. His brilliant mum Christy and himself speak of their hopes, full interview on #deisetoday on Thursday @wlrfm pic.twitter.com/vqGfuuNnEN

He told Beat 102 103, an independent radio station based in Waterford, that he wanted to thank the people of Ireland for their support since last year's attack.

"I would like to thank the whole county and everyone in Ireland," Agberhiere said. "Everyone helped me along, especially everyone in Waterford city."

The teenager's eyesight was damaged in the shocking attack last year, and he told Beat 102 103 that he is now playing with contact lenses to help him see better during the game.

"I’m only wearing one contact lens at the minute, but I’m hoping to get the second one into my other eye soon," he said.

He told the radio station that he's happy with his form on the pitch since his return from the attack.

Agberhiere, who has played underage soccer at the international level with Ireland, was forced to undergo skin graft procedures last year after the attack left his face and other body parts badly damaged.

Two other teenagers were injured in the attack, which occurred in April 2019.