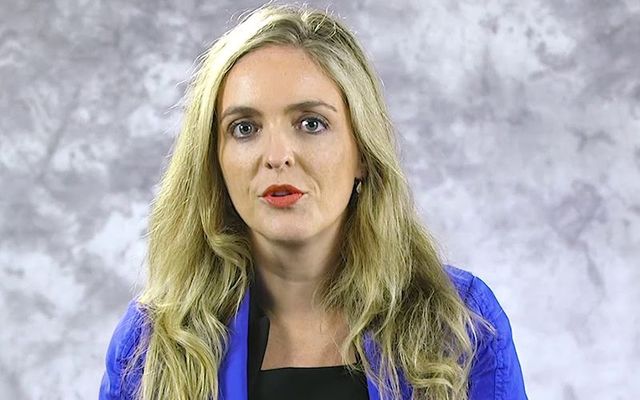 Co. Louth surgeon Dr. Sidhbh Gallagher believes her surgery serving the underserved transgender community in the US Midwest is “the most gratifying work I've ever done.”

Dr. Sidhbh Gallagher trod carefully when she first set up her gender affirmation surgery program within the Indiana University back in 2015. Although based in a slightly more liberal Indianapolis, this was, after all, the US Midwest and Indiana; the state where Irish American Vice President Mike Pence was once Governor, a man with a dim record on LGBTQ rights.

As her practice grew, however, from a couple of cases in 2015 to 70-90 referrals a month in the past year, it has seemed she had no cause for concern with the power of education and the information age shining a light on the ability of communities to grow in acceptance of something they previously didn’t understand.

“It's almost the opposite because I have to say I've been very impressed by the people here,” Gallagher tells us when asked if she’d met with any backlash from more conservative sections of the population when they discover she is the founder of one of the only programs in the Midwest that offer genital surgery for transgender men and women.

“I certainly hear horror stories from patients,” she admits, “but for the most part in rolling out this program here, it's really been fantastic.

“At the end of the day, it's all education. Initially, maybe some of my colleagues weren't too sure about what we were doing but we brought in some transfolk and they said, ‘ask me any questions. There are no dumb questions here.’ Once it’s realized that they're just normal folks, that’s kind of the end of it.”

Gallagher herself works in providing more education where she can, answering questions on her YouTube channel and speaking in the university or local community whenever she’s asked to do so. Although never personally knowing a transgender person before she started looking into working in this field, it struck her how this community was exactly who she wanted to work for, describing it as the “most meaningful work I’ve ever done.”

Initially earning her medical degree in University College Dublin before becoming a board-certified general surgeon after completing a general surgery residency at Abington Memorial Hospital in Philadelphia, Gallagher went on to complete a three-year plastic surgery fellowship at the Indiana University School of Medicine. Knowing she needed to find her niche and unsure if she wanted to dedicate the rest of her career to general cosmetic surgery, the Louth-native took a break from the US to travel to the likes of Belgium, Serbia, California, Miami and Australia for specialized training in gender alignment surgery.

“I really like making things look good,” Gallagher explains. “I like the aesthetic end of it … I do love doing cosmetic surgery but I questioned if I wanted to devote my life to it.

“I didn't know anybody personally who was transgender before I started working with these folks about five years ago and it just struck me, especially as some parts of the Midwest are very conservative, that they were really kind of underdogs.

“There are a few characteristics in people I really admire and that's one of them; when people are brave enough to be authentic. That really is the core thing about this group because it's not easy, if you're in rural Indiana, being true to yourself and coming out as a transgender woman. It's a really brave thing to do so that resonated with me.

“It's a really underserved population and my God, they're so grateful,” she adds.

“Like everything else in medicine, it's like death and dying to a certain extent, or disease. These folks when they get their surgery with me, or when they get approved, they've jumped through all the hoops, they're counting down the days and they couldn't be more grateful. It is the most gratifying work I've ever done.”

And there are certainly many hoops to jump through, Gallagher joking that no questions are asked about regret when it comes to a young woman looking for a breast enhancement yet her transgender patients are heavily screened. Before undergoing genital surgery, the procedure that has the strictest criteria, they must be diagnosed with gender dysphoria by two mental health professionals, have spent a year living in their identity and have spent a year taking hormones. While she says that some patients see this process as gate-keeping, it does allow for the procedure to be claimed through insurance, a welcome change in recent years for those previously looking at tens of thousands of dollars to allow them to live as they wish in their identity.

Read more: "All I want is to fight for my country" - Irish American transgender airman

“We realized the medical profession, especially in the United States, are kind of behind on this,” she states.

“They used to think if you had gender dysphoria or you were transgender it was a psychiatric illness and then the goal of treatment used to be to change that person's mind to what was on the outside.

“In Europe, they're way ahead of the game but in the past few years in America, they've realized ‘no, you don't change what's on the outside to fit the identity.’ The most important thing is the identity and so you change the body to fit what the patient's identity is.

“That's the much more effective treatment for gender dysphoria … what you do is a medical or surgical modality - hormones or possibly surgery to help the patient feel more comfortable - so we call it gender affirmation surgery or gender confirmation surgery.”

And with Ireland in the last few years being heralded as a newly emerging liberal country, have we kept in line with the rest of Europe as being ahead of the game in terms of transgender rights? While Gallagher admits that people may be forced to travel to England or elsewhere for gender confirmation surgery from Ireland, she places this down to the difficulty in receiving training for the various procedures over any unwillingness for a similar program to be set up there.

The Irish Health Service Executive (HSE) does, however, offer treatment through mental health support, hormone treatment and they can arrange for surgery in another jurisdiction under the HSE treatment abroad scheme. They have previously paid for patients to undergo operations overseas, amounting to six in 2015 and six in 2016. A total of 22 people had gender confirmation surgery in Britain under this scheme between 1999 and 2010.

According to the HSE, it is difficult to estimate the number of transgender people in Ireland, as there is currently no official collection of this data. They do say, however, that the number of people being diagnosed with gender dysphoria is rising as public awareness grows. While there are currently around 1 in 4,000 people receiving medical interventions for gender dysphoria in Ireland, there may be many more people with the condition who have yet to seek help. There are also many transgender people who do not want or need medical services or interventions.

Please spare a moment of your time to read this very telling and accurate account of trans healthcare in Ireland !#ThisIsMe #TransHealthcareNow https://t.co/Qx3Qlwhm4K

“I have a lot of patients who are now coming for surgery in their 50s or even 60s,” says Gallagher, “and it was because they grew up and they thought something was wrong with them. They simply didn't know that being transgender was a thing.

“Then along comes the internet and now kids are much more educated. They know, and they have words for, how they're feeling which is fantastic.”