The Irish Rugby Football Union's (IRFU) decision to prohibit transgender women from contact play has been described by some as "disappointing and regressive." 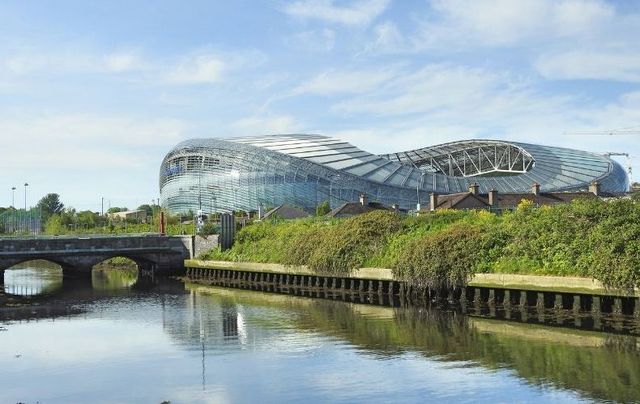 The Aviva Stadium in Dublin is the home of Irish rugby. Getty Images

Transgender women will no longer be allowed to compete in women's rugby in Ireland, the Irish Rugby Football Union (IRFU) said in a statement on Wednesday.

"Contact rugby for players in the female category is limited to those whose sex was recorded as female at birth," the IRFU said on Wednesday, August 10.

IRFU said that there are two players in Ireland that will be affected by the change in policy and that the "IRFU has discussed the matter directly with them, including options to remain active in the game, such as non-contact playing formats (tag/touch rugby), refereeing, coaching, and volunteering, underlining that the IRFU values their on-going involvement in the game."

The IRFU statement added: "In the male category, players whose sex is recorded at birth as female may continue to play if they provide written consent and a risk assessment is carried out.

"The IRFU has spoken to players we are permitted to contact directly and will work with them to support on-going participation in the sport."

‘This is a particularly sensitive area, and it is important that respect is shown to all members of our rugby family and the wider community.’https://t.co/IjMhVRtqeC pic.twitter.com/cM4VBrqY1U

The IRFU said it is amending its gender participation policy for the forthcoming rugby season to "ensure fair competition and the safety of competitors".

The decision is based on medical and scientific evidence and in line with World Rugby guidance, the IRFU said.

Other governing bodies, including the Rugby Football Union in England, have adopted similar policies, meaning that women's contact rugby is restricted to those whose sex was recorded female at birth.

The IRFU pointed to recent peer-reviewed research that provides evidence of the physical difference between those who were recorded male and female at birth, even after testosterone suppression.

"The IRFU is keenly aware that this is a sensitive and challenging area for those involved and the wider LGBT+ community and will continue to work with those impacted, providing support to ensure their ongoing involvement with the game," the IRFU said in a statement.

However, equality groups and rugby clubs across Ireland have called on the IRFU to reverse the decision, describing it as "disappointing and regressive".

A spokesperson for Emerald Warriors RFC, Ireland's first LGBTQ+ inclusive rugby team, said the decision was a "blanket ban on a section of our community" and added that it "further reduces spaces for transgender people to exist safely".

"This step does not follow the values of our game, We are gravely concerned with the messaging to transgender youth, their families, friends, and allies clearly making them no longer welcome in rugby," the club said in a statement.

"We note the IRFU’s values include respect, integrity, and inclusivity – this decision flies in the face of these values," Griffith said.