The Isabella Stewart Gardner Museum in Boston is offering a $10 million reward for the return of the paintings by the end of the year. 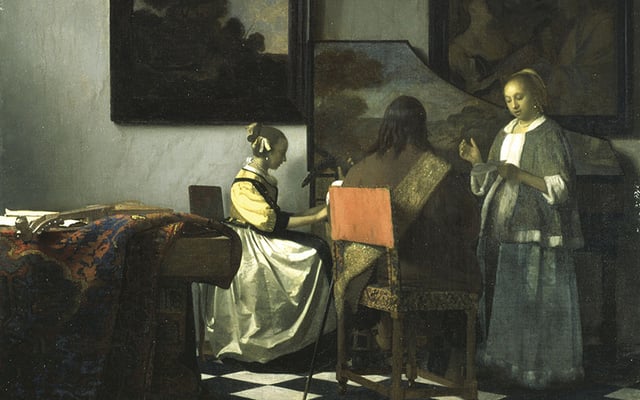 A Dutch art expert has said he is convinced that half a billion dollars worth of stolen American art is being hidden by Irish republicans.

13 high valuable art pieces were stolen from Boston’s Isabella Stewart Gardner Museum in 1990 and investigator Arthur Brand thinks they were taken by IRA sympathizers. There is currently a $10 million reward on offer for their safe return.

The heist was described as one of the biggest art thefts in the history of America and occurred when two men appeared at the museum disguised as cops. They told staff they had received a call about a disturbance and quickly handcuffed security guards who thought they under arrest. Afterwards they made off with the 13 priceless pieces and have remained at large ever since.

The loot comprised of three paintings by Rembrandt, five by Degas, The Concert by Vermeer, Landscape with an Obelisk by Govert Flinck, Chez Tortoni by Édouard Manet, a Chinese vase and a finial in the form of an eagle.

Christ in the Storm on the Lake of Galilee, by Rembrandt

Brand, who has been described as the “Indiana Jones of Stolen Art”, believes the thieves were not authorized to act by the IRA but instead were sympathizers of the organization.

Two republicans were originally investigated by police but never charged.

The Times of London reported that a senior member of the IRA told them a man currently imprisoned in the United States had hoped to claim the reward for the paintings and use the money to promote the republican cause.

Brand says several members of the IRA have told him that the paintings were shipped from America to Ireland where they remain safely ensconced in the hands of the organization’s supporters.

A reward for paintings’ safe return was increased by the museum’s board of trustees last month to $10 million until the end of the year - at which point it will likely return to the original sum of $5 million.

“If someone in Ireland has the paintings, and was not directly involved in the theft, they can return them, claim $10 million and never be charged. That is a very good deal for everyone involved,” Brand told The Times.

Law enforcement in Massachusetts say they are still actively pursuing the case and Anthony Amore who works as security director at the museum remain hopeful nearly 30 years on from the heist.

"Typically stolen masterpieces are either recovered soon after a theft or a generation later. We remain optimistic that these works will ultimately be recovered,” he told NPR.

Brand is also confident that the artwork will turn up eventually.

“If you have something in your house, even if it’s stolen, and they offer you $10 million and immunity and anonymity, who will hold you back?”

If you know anything about the paintings’ whereabouts you can contact the museum by e-mailing, theft@gardnermuseum.org. They promise “complete confidentiality”.

A Lady and Gentleman in Black, by Rembrandt