Irish priests under pressure from parishioners during virtual mass era

Religious services have been moved online during the COVID-19 pandemic, leading some priests to feel under pressure from their parishioners. 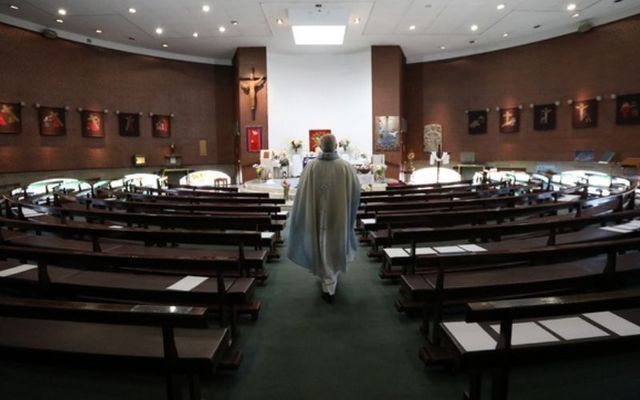 Virtual masses are putting priests under pressure, according to a Catholic association. Rolling News

Irish priests feel anxious, hurt and undermined by the pressures of giving mass online during the COVID-19 pandemic, according to the Association of Catholic Priests (ACP).

Priests have been obliged to take church services online due to coronavirus restrictions and some are badly affected by parishioners who rate priests as if they are television presenters, according to ACP co-founder Fr. Brendan Hoban.

Fr. Hoban told the Guardian that some parishioners are hopping from virtual mass to virtual mass to "sample" different priests, which is putting huge pressure on priests to provide noteworthy masses.

"Priests are under huge pressure to perform," Fr. Hoban told the Guardian. "They are being marked out on their particular performances."

Some priests have now stopped providing online masses due to the pressure and judgment coming from some members of their parishes, according to ACP spokesperson Fr. Tim Hazelwood.

Fr. Hazelwood said that many priests were self-conscious and that some had been hurt by the comments from their own parishioners.

Many priests additionally don't feel comfortable performing in an empty church in front of a webcam, with no idea where their parishioners are watching from and he argued that priests are not trained to give mass in this way.

Meanwhile, Diarmuid Martin, the Archbishop of Dublin, has said that it is likely that many young people will never return to mass once COVID-19 restrictions are lifted.

In a virtual homily celebrating the Feast of Saint Laurence O'Toole, Martin said that younger faces were notably missing when churches briefly re-opened during the summer as COVID-19 restrictions eased.

"Many whose attendance at church services before the pandemic was fragile will never return to public worship," Martin said during the service.

Dublin's archbishop also pointed to the fact that civil marriages were becoming increasingly common in Ireland and that the second-most common religion in the last census was "no religion".

He said that disillusionment among younger mass-goers was a major challenge for the Catholic Church.