A group representing over 1,000 Catholic priests in Ireland has warned that the vocations crisis has become so critical that basic sacraments such as baptisms and marriages are likely to "disappear". 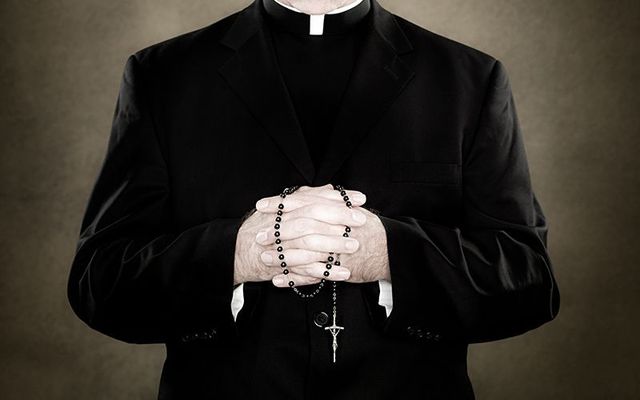 Catholic priests in Ireland warn that basic sacraments such as baptisms and marriages are likely to "disappear". Getty

A group representing over 1,000 Catholic priests in Ireland has warned that the vocations crisis has become so critical that basic sacraments such as baptisms and marriages are likely to "disappear" from some parishes in the near future.

The Association of Catholic Priests (ACP) said reform is now urgently needed to prevent parishes from closing across the country. The ACP issued its stark warnings ahead of its annual general meeting this week in Athlone, County Westmeath.

Father Tim Hazelwood, ACP spokesman said, "We're facing a catastrophic situation in the next 10 to 20 years because there are not enough male celibate vocations to keep our parishes alive.

"We're facing a situation where the sacraments could disappear in some parishes because our priests are all getting older and no one is coming through to replace them.  In maybe 10, but definitely 20 years, priests in Ireland are going to be an endangered species unless things change.  We're facing a really bleak future unless new measures are brought in."

The ACP has long advocated for radical church reform, including relaxing strict celibacy rules, ordaining married men, inviting back clerics who'd left their parishes previously to get married, and ordaining women to the diaconate.

Hazelwood, parish priest of Killeagh, Co. Cork, also warned how the current crisis is increasingly taking a toll on the health of older working priests, with many continuing to work beyond their retirement age because there is no once coming through the seminaries to replace them.

Speaking of his own parish, one of 10 in the Midleton Diocese, he said, "The age profile of the priests gives food for thought.  There is one over 80, two over 70, nine over 60, 10 over 50, and two over 40.  Fast forward 15 years and the very best you could hope for is 10 priests for all that area and, even if healthy, they will all be elderly men.  That is the stark reality."

The crisis is evident in every diocese in the country, as the number of clerics dying or retiring continues to outweigh the numbers joining the ranks. Earlier this year Bishop of Ossory Dermot Farrell urged his diocese to see the "signs of the times,” warning that the number of priests under the age of 75 would halve over the next decade.

The warnings for the Catholic Church in Ireland come at a time when hopes have been raised for the future of the church by reformists in one of the remotest parts of the planet, the Amazon. Last week, in a landmark vote by the Vatican, bishops recommended that the Pope gives permission for married men in the vast region of Brazil to become priests.

Would support changes being made within the Catholic Church, such as married men being allowed to become priests? Let us know in the comments section below.