Fr. James Coyle was shot dead at the age of 48 by KKK member Edwin Stephenson just hours after he had married Stephenson's daughter to a former Puerto Rican employee of his. 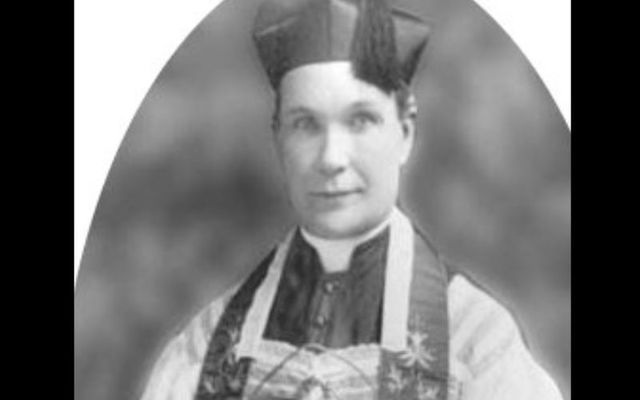 An Irish-born priest who was murdered by the Ku Klux Klan in Alabama in 1921 will be honored with a commemorative mass on August 11 to mark the 101st anniversary of his death.

Fr. James Coyle was shot dead at the age of 48 by KKK member Edwin Stephenson just hours after he had married Stephenson's daughter to a former Puerto Rican employee of his.

The commemorative mass, which will be celebrated by Bishop Steven Raica of Birmingham, will take place at 10 a.m. CT in the Cathedral of St. Paul in Alabama and will coincide with the airing of a new mini-documentary - "Father James Coyle - Life and Legacy".

The documentary, which features an interview with Coyle historian Jim Pinto, premiered on PBS earlier this year and is set to air on EWTN at 7 p.m. on August 10.

Born in a small village outside Roscommon, Fr. Coyle was ordained in Rome in 1896 and moved to America's Deep South to serve in an Alabama church.

Alabama's Catholic population had swelled at the end of the 19th century, leading to a rise in Protestant hostility to their new neighbors.

Fr. Coyle defiantly stood up for his Catholic parishioners in the hostile environment, leading to threats against his life and plots to raze his church to the ground. He became the most ardent defender of Catholicism in the area, penning letters in local newspapers attacking bigots who sought to deprive Catholics of basic human rights. Such vocal support for Catholicism made him a target for anonymous death threats.

The Irish-born priest has become a legend of Deep South Catholicism following his brave decision to marry Ruth Stephenson and her Puerto Rican fiance Pedro Gussman. He has also attracted a large following as an unrecognized victim of the Jim Crow court system.

Local historian and blogger Courtney Haden wrote that Fr. Coyle was reading in his favorite spot on a porch swing in front of the rectory when a "tall man, dressed in ministerial black, walked up the steps of the porch, pulled a pistol from his pocket and fired three shots at the priest".

Edwin Stephenson, a Klansman and local Methodist minister, faced no repercussions after turning himself in, according to the Fr. James E. Coyle Memorial Project.

Despite establishing threats and premeditation before the shooting and establishing that Stephenson had committed perjury during the subsequent trial, the Klansman was found not guilty.

"The trial was a travesty of justice," the Memorial Project said.

Both the judge and jury foreman were Klan members and Stephenson was acquitted by a single vote. He had pleaded not guilty and not guilty by reason of insanity, arguing that the discovery of his daughter's marriage had driven him insane.

Fr. Coyle's funeral was one of the largest ever held in Alabama and his diocese began to hold annual masses to celebrate his life as his fame and legacy grew.

Anyone interested in attending or streaming the anniversary mass next week can find more information on the Memorial Project website.