Apology after Irish priest’s homily that likened homosexuals to zombies

The Capuchin Friary in Co Kilkenny was forced to respond after Father Tom Forde's controversial homily. 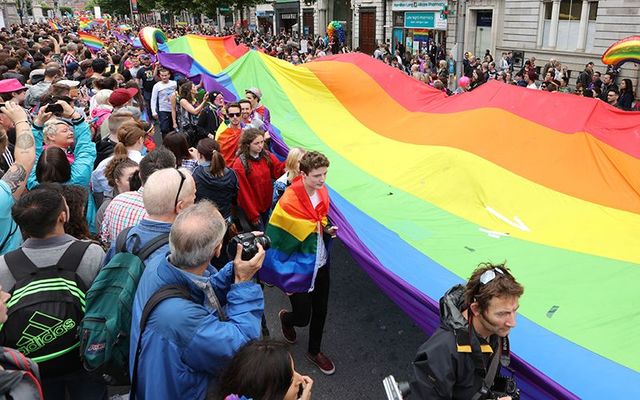 Pride, Dublin, 2018: A Capuchin Friar in Kilkenny compared homosexuals those who are "physically alive but spiritually dead, morally rotten or at least infected." RollingNews

An Irish priest's recent homily that likened homosexuals, those who get abortions, and those who use contraception to “zombies” has forced the Capuchin Friary in Co Kilkenny to respond.

Read More: “Gay Gaels” who have enriched Ireland’s history and culture for the world

The Irish Mirror reports that in his homily, which was posted and then deleted from his blog, Father Tom Forde said: “I begin this homily with an embarrassing admission. It may destroy whatever respect you have for me.”

“You may decide to disregard everything I say now and in the future. But there is a point to my admission and I ask you to be patient with me. I am a little odd. I like zombies.”

Citing shows like the American sci-fi hit show ‘The Walking Dead,’ Father Forde said such stories are “ridiculous,” but suggest people are “physically alive but spiritually dead, morally rotten or at least infected." 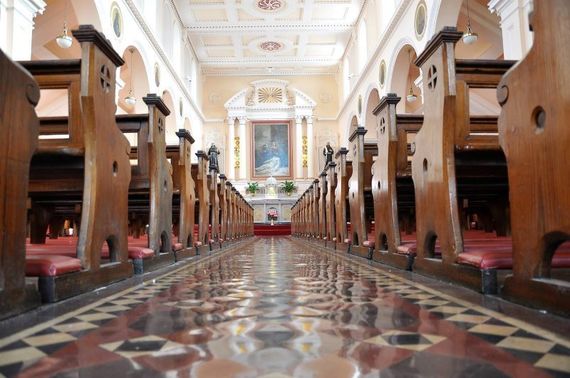 The Capuchin Friary in Co Kilkenny was forced to respond after one priest's controversial homily.

He continued: “We see this when the mask slips and someone we thought a friend is revealed as a fiend, full of anger, spite, malice, lust or pride we had not seen before. We see it in self-destructive, irrational behavior.”

“It is visible in the abuse of drugs and alcohol, in adultery, fornication, and homosexuality (and there are other unnameable behaviors). As well as in acceptance of abortion and contraception and in the move to legalize euthanasia.”

“In the zombie genre once you’re bitten you’re infected and there’s no hope. The only way to deal with the monsters is to stab or shoot them in the brain for otherwise they are merciless, relentless and unstoppable”

“Zombies, thank God, do not actually exist but I would suggest, spiritual-zombie hood does.”

Read More: Priest slams his own bishop after anti-LGBT remarks, begs gay community not to leave

It is understood that several of those attending the Mass on Saturday, June 8 got up and left during the priest's remarks.

In a May interview with Regina Magazine, which said that Father Forde is the chaplain at the University of Cork, the Irish priest offered similar sentiments regarding those who use contraception: “I think that the Irish Church, like the Irish nation, is largely in decline due to the embracing of contraception.

He added: “The people who contracept are largely Catholic and this places them in conflict with the Church’s official teaching and God’s plan.”

Are gay people actually zombies? Colm O'Gorman of 'Amnesty Ireland' will be giving his reaction after Brother Tom Forde said this in a mass. #DeiseToday https://t.co/mqVkjmZg3b pic.twitter.com/YSysmczjTB

"Those words are harmful"

In response to the priest's homily, Eddie McGuinness, communications manager of Dublin Pride which officially launched its program of events this week, told The Irish Mirror: “I’m flabbergasted."

"Those words are harmful, not just within the LGBT community but within society.”

“So, again, the Catholic Church is trying to tell people how to live their lives when they should be looking internally and cleaning up what they did themselves.”

When initially contacted by The Irish Mirror,  the secretary of the Capuchin Friary in Kilkenny said: “He [Brother Forde] has nothing to explain. There will be no comment.”

However, they later backtracked and offered a statement on June 12 which read: “In response to the homily by Fr. Tom Forde, OFM, Cap on Pentecost Sunday Vigil Mass in Kilkenny, we wish to state the following: This homily, which had been published as a blog is no longer posted online.”

“On reflection, Fr Tom removed the blog as it was not his intention to cause hurt to anyone.”

“The Capuchin Order wishes to state that all are welcome in our churches, irrespective of sexual orientation. Unfortunate comments were made about homosexuality last Saturday, which gay people would have found hurtful, and we deeply regret this.”

“When asked about gay people, Pope Francis has said, ‘Who am I to judge? And speaking to a gay man at an audience in the Vatican he said,  ‘God made you like this and he loves you’. We support Pope Francis in his comments on gay people and we will continue to be guided by him and by our own Mission Statement, which states that, ‘we affirm that our fraternities will be places of prayer, hospitality, and outreach to ALL’.”

What do you make of Father Forde's homily? Let us know in the comments