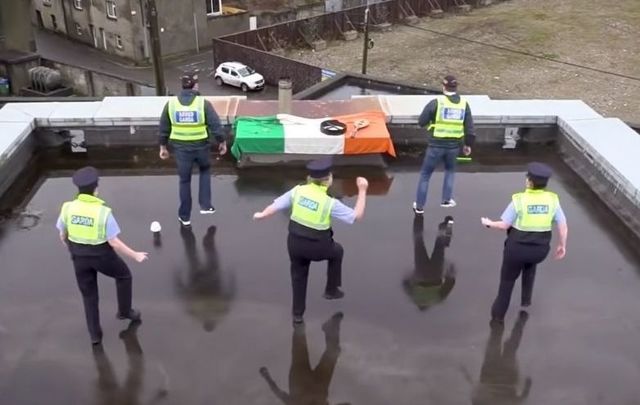 The Garda Síochána Ombudsman Commission (GSOC) says it will not be investigating complaints lodged against the Irish police who produced the viral #Jerusalema video.

“There have been about five or six phone calls from people wanting to make a complaint about the video, and four or five written communications (email, or on-line contacts)," a GSOC spokesperson told the Irish Daily Star newspaper on Tuesday.

“In a number of cases, when it was explained to callers what the role of GSOC was and what the criteria were for making an admissible complaint, the caller indicated that they did not require a form to make a written complaint.

“A number of people will be or have been sent a complaint form or information about the role of GSOC.”

According to Newstalk, for a complaint to be investigated by the GSOC, a member of the public has to be "directly affected or witness conduct that would constitute misbehaviour by the Guards."

The GSOC did note that it additionally received 'positive responses' to the video.

The dance craze, featuring the song Jerusalema by Master KG, originated in South Africa and has since spread worldwide.

In less than a week, the Irish police force's video, which featured Irish dancing, horses, and scenes around Ireland, has been viewed more than 1.3 million times on Twitter.

The same day that An Garda Síochána shared their video, the GSOC gave their blessing in a tweet:

We’d like to confirm that GSOC will NOT be taking any complaints about these dancers. Nice moves. https://t.co/do6OtKMhqs

Later, on February 8, the Dingle Coast Guard got in on the viral dance craze with their own version of the #Jersualema challenge filmed around Co Kerry:

However, the same day the Dingle Coast Guard published their video, Coast Guard Units and Support Manager Niall Ferns issued a letter to members which said in part: "I wish to advise that it is not permitted for units to assemble personnel to produce dance videos for social media, or indeed to assemble for any reason other than for reasons central to a unit’s operational objectives."