Gardaí responded to a dance challenge from their Swiss counterparts by posting a video of officers dancing to Master KG's viral hit "Jerusalema". 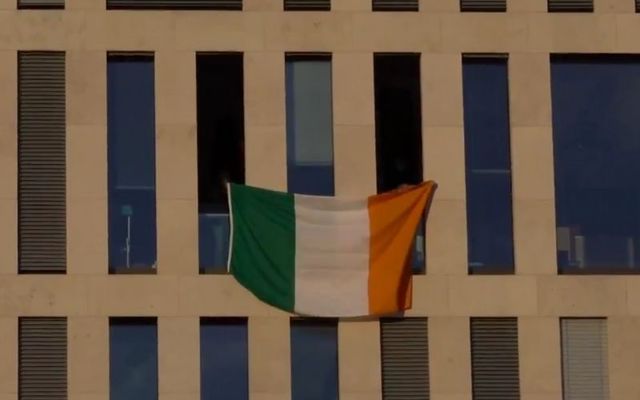 The Swiss Federal Police have posted a classy response to An Garda Síochána's viral "Jerusalema" dance by hanging an Irish tricolor at the Swiss Federal Office of Police building.

Gardaí responded to a dance challenge from their Swiss counterparts by posting a video of officers dancing to Master KG's viral hit in some of the most scenic parts of the country and the effort quickly went viral.

Swiss police heaped praise on the Irish effort in a tweet on Wednesday, stating that gardaí "absolutely nailed it".

Swiss Police also posted a video to social media where police officers make their way to one of the top floors of the federal police building holding a black box while dramatic music plays.

As the dramatic music reaches a crescendo, the box is revealed to hold an Irish flag, which Swiss police unfurl from one of the top floors of the building.

Well, our colleagues @ZugerPolizei took the #jerusalemachallenge to a whole new level. But @gardainfo absolutely nailed it! 💃🕺🐎 In honour to this brilliant performance, we are all 🇮🇪 in 🇨🇭 today. Thank you @gardainfo for moments of pure joy! #StayhomeStaysafe #inthistogether https://t.co/EkSDQCOXQ2 pic.twitter.com/1kY7KpFclj

The video also thanked gardaí for their "Irish vibes", while the Swiss police also said that everyone in Switzerland was Irish for the day.

Gardaí posted their Jerusalema dance challenge to Twitter on Tuesday and the video has been viewed more than 1.2 million times.

Gardaí have urged the Irish public to record their own attempts at the viral dance, as long as it is within 5km of their own home with their own social bubble.