As Mass attendance continues to decline across Ireland, the number of people who say they pray daily has increased. 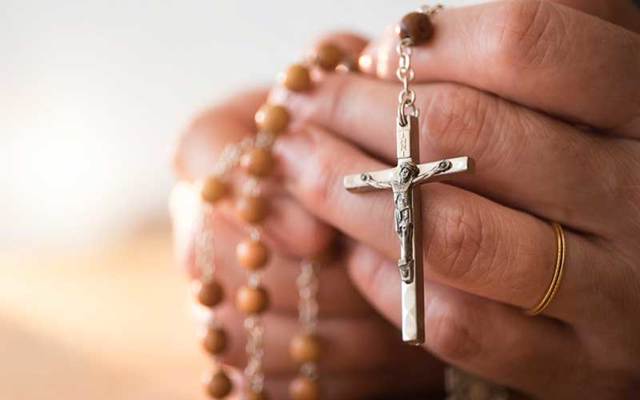 Irish people continue to pray despite not attending Mass, according to a survey conducted in 2018. Getty Images

As Mass attendance continues to decline in Ireland, the number of people who say they pray every day has increased.

According to the European Social Survey 2018, 33 percent of Irish people survey prayed daily, an increase of 2.1 percent in the number of people who said they prayed everyday in the 2016 study.

Meanwhile, the percentage of people who attend religious services has declined. In 2016, 36 percent said they attended Mass once a week or more; in 2018, only 29 percent said they did, The Irish Catholic reports.

Read More: Almost 9 in 10 believe Catholic priests should be able to marry

“People are realizing that there is within the human soul, a deep hunger, and that’s what spirituality is, so how do we now as a Church – rather than putting our hands up in despair – help them to see that. That to me is a challenge,” said Dominican preacher Fr John Harris OP.

He said that the figures suggest that people “realize the secularized world without God isn’t a very nice place and it’s not answering their questions either.”

Dr Philip Gonzales, a lecturer in philosophy at St Patrick’s College, Maynooth, said: “I think the culture that we live in tries to mute the searching for these kind of spiritual questions, but it’s impossible to completely mute it: it’s still going to manifest itself in different forms of searching.

“I think there’s definitely hope. The hope is that the Church is always able to find ways to do the work of the Holy Spirit to find ways to meet people where they’re at in their own time.”