Irish mum in the fight for her life turns to GoFundMe 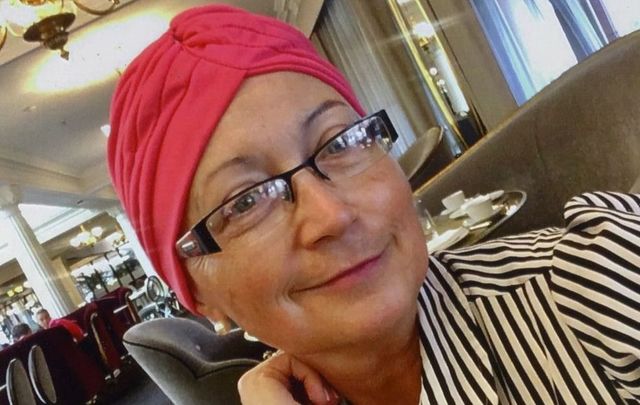 Irish mum of two Miriam Kennedy is appealing for donations on GoFundMe to help fund Immunotherapy treatment in her battle against late-stage cancer.

Kennedy, 48, is a native of Co Limerick but now lives in Co Cork with her husband Liam and their children Caoimhe and Tiarnan. She is a graduate of Trinity College in Dublin and has worked as a home economics and Irish teacher in Limerick since 1994.

In 2017, Kennedy received the news that she had inoperable cancer. “It was like the light had been crushed from my soul,” she writes.

Brave Kennedy was up for the fight. “I put on my game face, promising my family that I would fight this diagnosis.”

Miriam with her children Caoimhe and Tiarnan

Over the past year, Kennedy endured treatment to shrink her tumors, as well as a number of surgeries to try and remove the stage 4B cancer.

However, in May 2018, Kennedy was told that treatment had not been successful and the cancer was still present.

Further treatment was canceled due to the “complex position” of one of the tumors in a node close to Kennedy’s heart. Kennedy does not qualify for any Irish or European trials and exhausted any other potential medical treatment.

“I felt that my future was similar to being in a short corridor where all the possible exit doors have been locked!” wrote Kennedy.

In late June, however, Kennedy found out that she was suitable for Immunotherapy, her only current treatment option.

“It was like as if that locked exit door now had a key.”

On August 15, Kennedy received her first dose of the potentially life-saving Immunotherapy. The treatment comes with a hefty price tag which can run upwards of $129,000 (€110,000) annually. The Immunotherapy must be self-funded through Kennedy and her family and can run for an indefinite amount of time.

“The cost of this treatment is too much to sustain for me and my family,” writes Kennedy.

“Normally I am a very private person, but I have to do this for my husband and for my children.”

“It’s my only wish in the world and if that means sacrificing my privacy to tell my story then I am glad to do it.”

"I know that money can be tight," acknowledges Kennedy, "so please know that every little bit helps me get closer to fulfilling my hope to live and see my children grow up."

You can donate to Miriam Kennedy’s life-saving treatment on her GoFundMe.