Irish mother who lost her son takes on Trump

“Knowledge, not ignorance the way to save lives,” says mother. 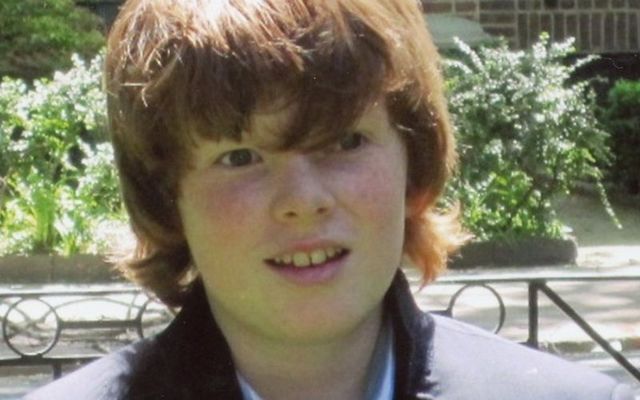 Orlaith Staunton, co-founder of the Rory Staunton End Sepsis Foundation with her husband Ciaran, has strongly criticized President Trump for hiding the truth about the deadliness of the coronavirus. Her comments on Trump have gone viral, attracting thousands of Facebook followers.

The Stauntons lost their son 12-year old Rory in April 2012  to sepsis in large part because of a lack of knowledge of emergency room doctors about how to recognize his condition.

In her letter, Staunton, a County Louth native resident in New York  wrote:

"You should never have played down the coronavirus while being aware that it was life-threatening. You say you did this because you didn't want to 'create a panic' and that's just plain wrong.

"We write this not only as concerned citizens but as a mom and dad who buried the most beautiful little boy in the world; he died from sepsis... every doctor knew about sepsis but not many parents did so we did not ask if his illness could be sepsis.. So he died because he didn't get the care he deserved.

"As citizens, you know, we trust our institutions, yeah that's right... our CDC. It's their job to keep us safe--couldn't they have kept us safe from coronavirus and sepsis? Guess not.

"When we started shouting about sepsis and how things had to change,  a well-known doctor said we would cause parents to rush to emergency rooms if their children fell and cut themselves...the emergency rooms would be overrun, he said.

"That didn't happen of course, because you know people don't panic like that, they just want knowledge. We deserved the knowledge we needed to save our son and we know that the loved ones of coronavirus victims deserved the same. Instead, they are devastated, like us, desperately wondering if their family members had to die, or could have been saved.

"It's time for public health policy to change and for you to tell the truth Mr. President. Knowledge, not ignorance is power.”

The Rory Staunton Foundation is now among the largest organization dealing with sepsis and “Rory's Rules,” a list of checks for sepsis now mandatory in many states has been widely credited with saving hundreds of lives.

Read more: Calls for Trump to resign over US COVID mishandling